Sunday’s Kidical Mass ride took us to Ballard for our first look at the new two-way bikeway for part of the Burke-Gilman Trail Missing Link. The paint isn’t down yet and I hope they’ll put more dividers in to make things clearer, but most of the signs are up. We only took it in the westerly direction, but I don’t think it’s marked yet from the other direction because we only saw bikes coming towards us on the car half (which is fine and in fact it’s still marked with sharrows…though those will probably be sandblasted off at some point).

Click my photo below for a larger version. Bikes approach from the Burke-Gilman Trail, next to a sidewalk, off frame to the left. I hope diagonal paint will make it easy to access the bikeway entrance. 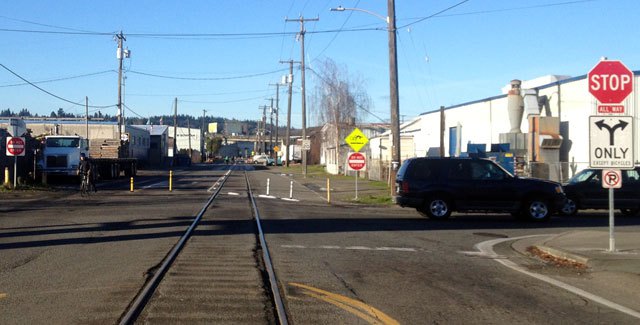 Here’s the new all-way stop as The Missing Link crosses 14th. I don’t come through here at commute time so I’ve never seen it busy. 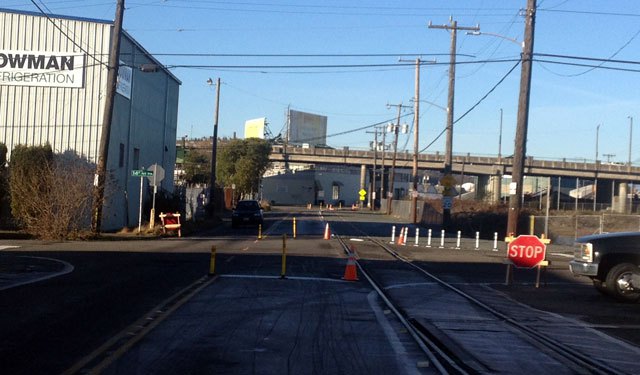 More cones. I don’t know if there are plans to paint the whole bike half green, but I hope so. 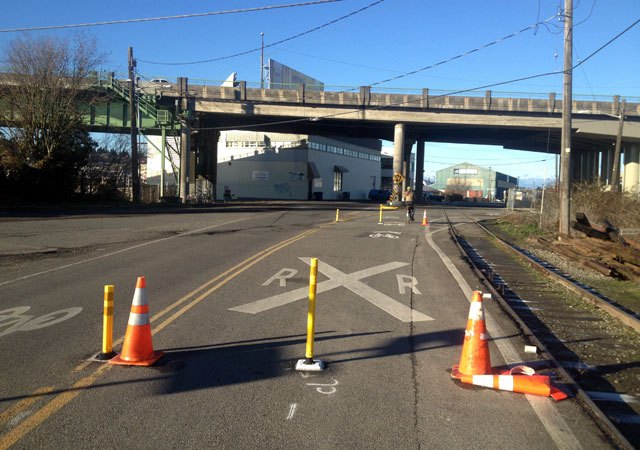 The end of the bikeway is where I’d prefer to see stop signs. Shilshole is not easy to turn left onto. As for entering the bikeway from the other direction, slowing down to make the right turn in front of fast-moving cars probably won’t be very pleasant, either. I’m curious to see the finished product, but I don’t think any traffic calming is planned for this intersection. 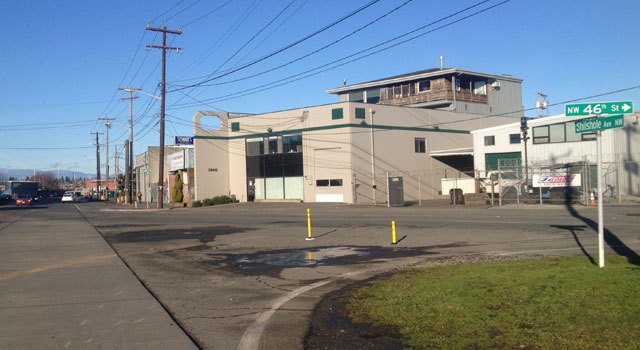 But onto better things: Kidical Mass! We met up at Ballard Library and biked a block to the NW 58th Street Greenway and got a look at the new bike counter. This one doesn’t display a number like the Fremont Bridge bike counter, but numbers should be available online from SDOT next month. The two black tubes running across the street record bikes passing by. 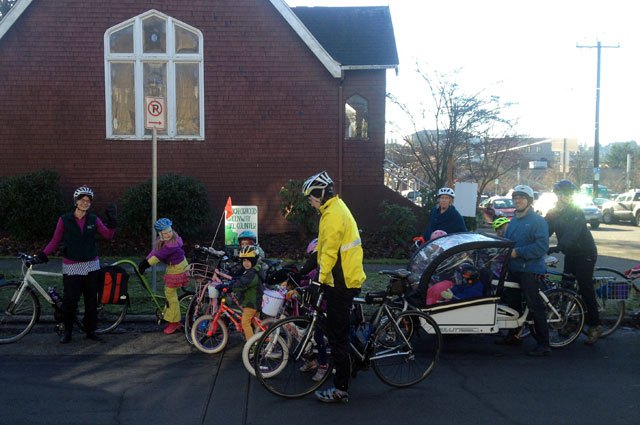 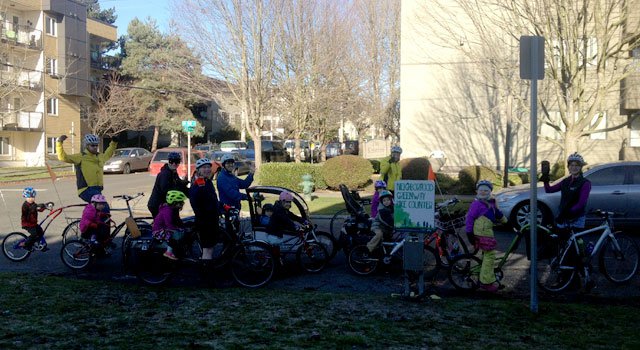 Read about the rest of the January Kidical Mass ride on FamilyRide.

Madi is Seattle Bike Blog’s Family Cycling Expert. She is the author of Urban Cycling: How to Get to Work, Save Money, and Use Your Bike for City Living. She lives in Wallingford and bikes all over town with her two kids in tow. You can read more of her adventures and thoughts on family life on two wheels at FamilyRide.us.
View all posts by Madi Carlson →
This entry was posted in news and tagged ballard, ballard neighborhood greenways, familyride, kidical mass, missing link, nw 58th st. Bookmark the permalink.