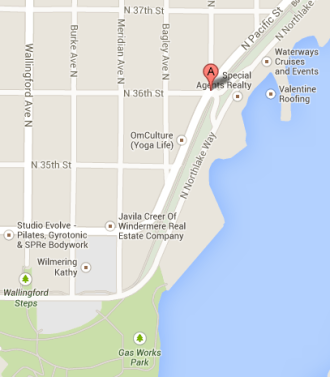 A man in his 50s was biking near 36th and Pacific early December 19 when something happened, leaving him with serious injuries and no memory of how he got hurt.

The incident occurred between 4:30 and 5:30 a.m. and may have been visible from the Burke-Gilman Trail, though it was dark.

It’s unknown if a motor vehicle was involved. In fact, that’s a big question they are trying to answer.

“He could have been hit by a car/truck/bus, another bike, a pedestrian, or perhaps he hit an obstruction in the road — anything is possible,” David said. “We’re looking for people who might have seen something.”

If you did see something or have any information, contact David at 206-304-8500 or David (at) FlashingRedLight (dot) com. We have withheld the injured man’s name at the request of his colleague.

This entry was posted in news and tagged injuries, n pacific street, wallingford. Bookmark the permalink.