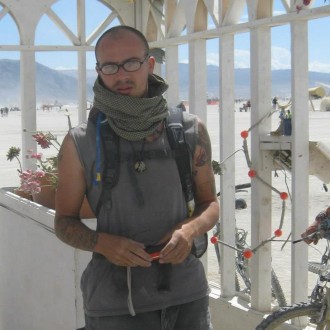 The man who drove his pickup across several lanes of Evergreen Way in Everett and killed Trent Graham in October 2012 has been ticketed for second-degree negligent driving, the Everett Herald reports.

He received a $10,287 ticket, the sum of court fees plus the $5,000 fee made possible by the state’s relatively young Vulnerable User Law.

Passed in 2011, the law created a non-criminal penalty for people who kill or seriously injure people walking, biking or operating another more vulnerable vehicle (like farm equipment, for example), but who did not fulfill the requirements for a serious criminal charge like vehicular homicide or assault.

Prosecutors declined to pursue criminal charges in the case, since there is medical evidence to suggest the man driving may have had a seizure that contributed to the collision. There’s also no evidence that the man had a history of seizures or that he disregarded any doctor’s advice not to drive, which could also be a basis for criminal charges.

However, police did find enough evidence of negligence to pursue non-criminal fines under the state’s Vulnerable User Law. The Herald does not note whether his license has been suspended or if there is community service required (also possible under the Vulnerable User Law). I’ll update if I learn more.

Graham worked at Gregg’s Cycles in Alderwood and was an artist with a son, now in his early teens. Friends and family were devastated by the loss.

It’s hard to imagine any fine amount making up for the loss of Graham’s life. But as we discussed earlier this week, such tragedies often happen with small or no penalties at all. A recent New York Times op-ed cited the case of John Przychodzen, who was killed in 2011 in Kirkland a year before the Vulnerable User Law went into effect. The person responsible for his death was later issued an insulting $42 ticket for “unsafe lane change.”

The op-ed cites vulnerable user laws, like the one used here, as one part of the solution to making sure non-criminal negligence is not an allowable excuse for taking or forever altering a life on the road. It’s a measure that doesn’t make things right by any stretch of the imagination, but hopefully it removes the added insult of watching those responsible get away with no legal recourse at all.

9 Responses to Herald: Man who killed Trent Graham in Everett gets $10K ticket for negligent driving