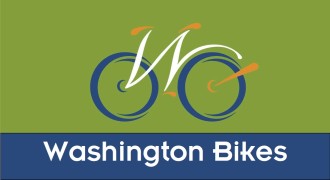 The State Senate Transportation Committee’s listening tour is in Seattle tonight. So what should they hear?

They need to hear that strong neighborhoods in our state’s towns and cities need streets that are safe to get around on foot and by bike.

Important note: The location has changed. The meeting will be from 6–9 p.m. at the First Presbyterian Church, 8th and Spring.

Here are what we reported about the listening tour previously:

Obviously, we want strong funding for safe streets projects and other needed investments that help people get around on foot and bike. Biking and walking creates a healthier population, keeps more money in Washington, and bike/walk projects create more jobs per dollar invested than road-only projects. Bike tourism boosts the economies of small Washington towns an cities bypassed by major highways, and neighborhoods where it is safe and comfortable to bike and walk are better prepared to appeal to future generations who are choosing not to drive or own cars.

No matter your political party affiliation, investing in biking and walking is a smart way to make sure you are looking to the future and creating a stronger Washington State.

There is not a specific transportation package on the table at the moment, but the meetings could influence a package to replace the one that failed earlier this year. That package was flawed and included funding for the controversial Columbia River Crossing, which helped to kill the entire package and (likely) doom that highway mega project between Vancouver, Washington, and Portland, Oregon. Governor Jay Inslee said he would be open to a transportation package that does not include the CRC.

This entry was posted in news and tagged 2014 legislature, senate transportation committee. Bookmark the permalink.