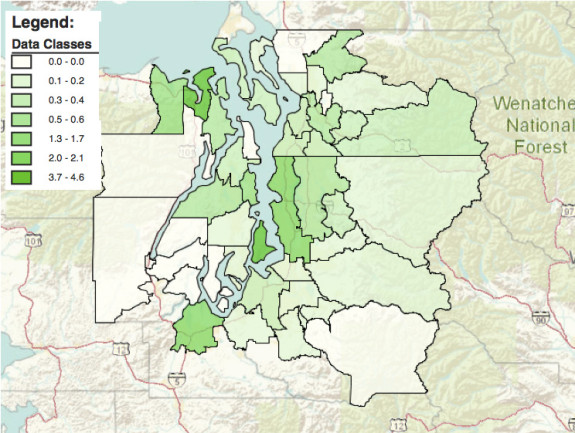 Map of bike commute rates by “county subdivisions” via 2011 Census data (2012 not available for this view, or I just couldn’t find it)

Get ready for a little data overload. I’ve been swimming through Census data ever since the 2012 American Communities Survey data came out and showed that biking, walking and transit use in Seattle is way up.

But what about the rest of the region? As several readers have pointed out, Seattle’s plummeting rate of driving alone to work is great, but the region is still very car-dependent. Well, let’s look at some data, shall we?

First up, check out the map above. It’s from 2011 data (I couldn’t find the 2012 data, if it even exists at this granular level), but it gives you an idea of what other parts of the region are seeing high rates of cycling to work. Outside of Seattle, Vashon and Port Townsend really stand out. Olympia, Bainbridge and really most of Kitsap County ain’t too shabby, either.

In fact, at 6.2 percent, Port Townsend might be the region’s bike commute leader (but less than 2 percent take transit, suggesting the area has a ton of room to reduce its driving rate if it would just invest in the transit system).

Here’s a look at driving alone rates around the region (again, 2011 data): 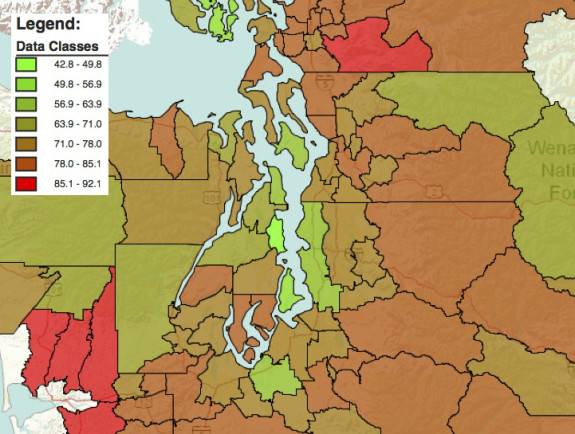 On a more granular level, below are driving alone rates for Census blocks in Seattle and its near suburbs (again, 2011 data). Amazingly, much of central Seattle actually has driving rates lower than 30 percent. Perhaps not surprising, the most car-dependent areas in the near-suburbs are along the I-405 corridor. 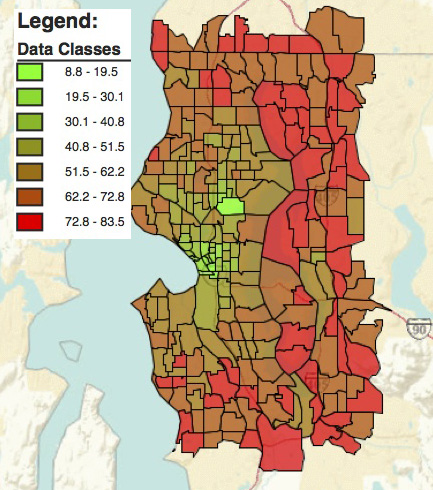 So that’s a look at where things are. But where are they headed? Here’s a visual look at the Seattle commute data we have discussed previously: 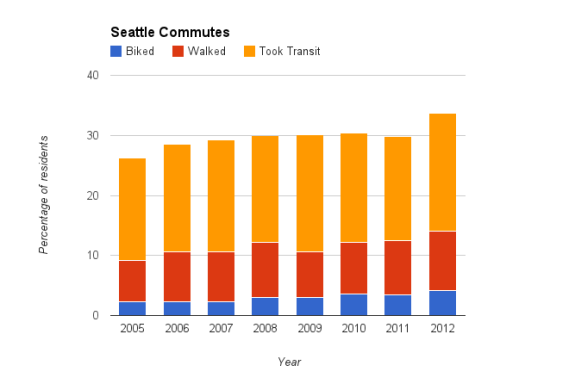 As the next graph shows, Seattle is not alone. King County as a whole is seeing similar increases in biking, walking and transit use: 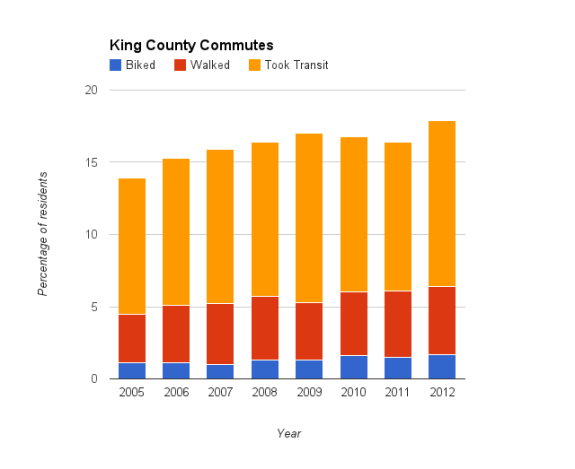 Here’s a look another look at the decline in driving alone to work among Seattle residents: 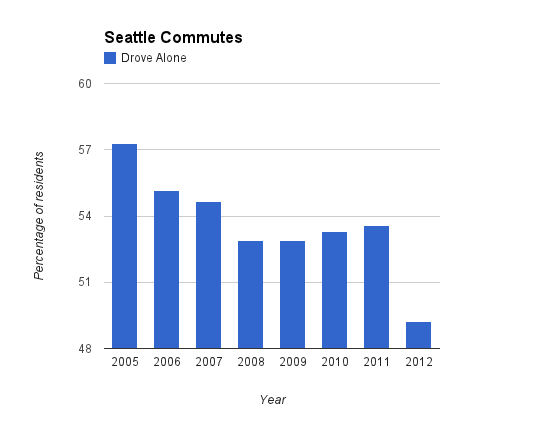 King County saw a very similar decline in the rate of residents driving alone to work, though slightly less dramatic than in Seattle: 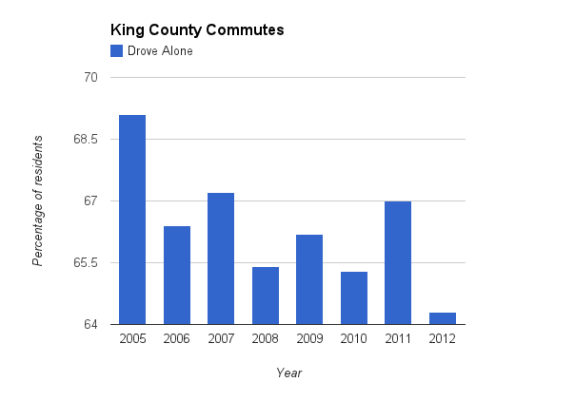 But since Seattle’s decline in driving is captured in the King County results, this shows that the rest of the county is lagging behind in the effort to move away from dependence on personal cars.

You can dig through my spreadsheet of King County commute data going back to 2005 here. Seattle commute data (2005-2012) is here. If you want to dig through Census data, here’s the somewhat confusing Census website.

Notice anything else interesting in all this data? Let us know in the comments.

UPDATE 1:40PM: I updated the graphs above to be more technically accurate (I used curvy line graph, though readers suggested bar graphs would be more appropriate).

Also, in answer to Zach’s question in the comments below, here are graphs analyzing the raw numbers of residents using each transportation mode. They reveal that as the population (technically, workforce) grows, the total number of people driving to work remains fairly unchanged. The number did grow, but the vast majority of the new commute stress is being absorbed by biking, walking, transit and telecommuting (not included in the graphs because it’s not a road use). 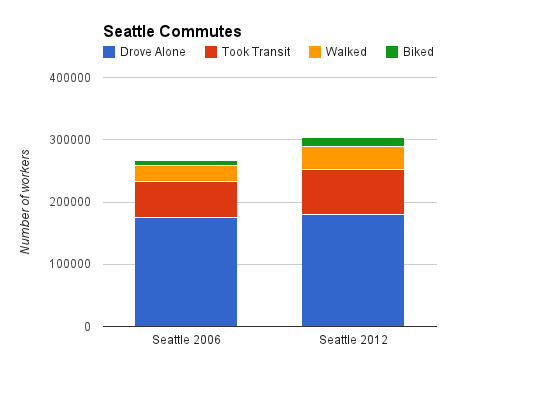 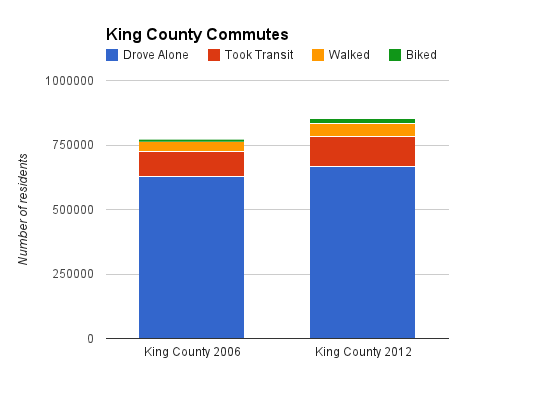 17 Responses to Not just Seattle: King County is also driving less + A look at biking rates around Puget Sound