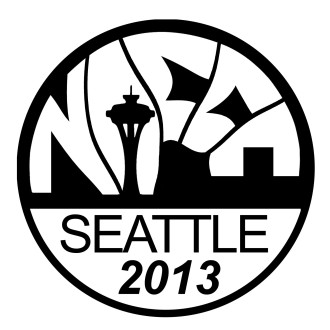 Today is the 125th anniversary of Seattle’s first bicycle tournament. So it’s fitting that this weekend, our city is also host to the 2013 North American Cycle Courier Championships.

Seattle happens to be home turf for the reigning world champion, Craig Etheridge. No pressure…

There are events all weekend, but the main race is Sunday. Here’s the tentative NACCC schedule:

ALL DAY – REGISTRATION at Judkins Park.
FOOD will be available at the park for all who have registered.

Participants include Prince Wells, “whose skill as a fancy rider is well known throughout the Union.” Prince Wells was brought in at “great expense” as a celebrity cyclist.

Events of the tournament also included a five-mile “bicycle vs horse” race.

Founder and Editor of Seattle Bike Blog.
View all posts by Tom Fucoloro →
This entry was posted in news and tagged naccc 2013, queen city cycling club. Bookmark the permalink.