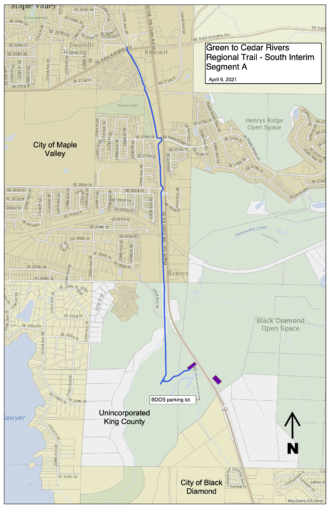 King County Parks is working through design for building and improving an interim trail connecting the Black Diamond Open Space to SE Kent-Kangley Road in Maple Valley, and they are seeking feedback via a short online survey. Responses are due January 20.

The Green to Cedar Rivers Trail should eventually connect to the Green River to the south, including a connection to SE Green Valley Road and Flaming Geyser State Park. It should then travel through Black Diamond and Maple Valley before connecting to the Cedar River Trail near SR-18. Parts of this route already exist to varying levels of usability, but the full build out is not yet fully funded.

Improvements to the northern section of the trail, from Kent-Kangley Rd to the Cedar River Trail, have been put on pause in lieu of building an interim trail on the southern section. This makes a lot of sense because the southern connection currently ends abruptly at a rail crossing north of Black Diamond.

The interim trail will be 12 feet wide and paved using very bikeable hard packed gravel. The trail will also include “safe crossings at intersections,” according to King County. But perhaps most importantly, they will build a bridge over the rail line to connect Maple Valley and Black Diamond. 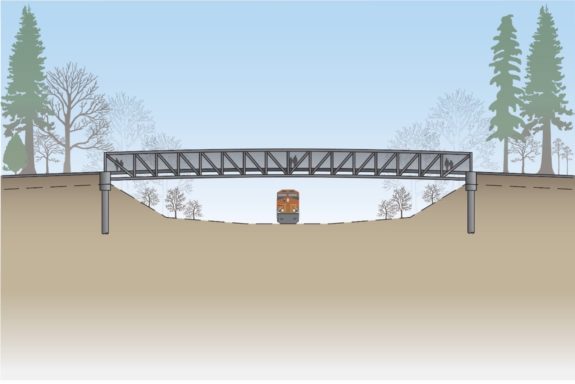 The most contentious issue in the survey seems to be whether King County should even be aiming to fully pave the trail or if the goal should be to build a complete gravel trail. Especially when funding is lacking to build a fully paved trail, I do think it makes sense to build out an interim trail first to make the connections. Hard packed gravel with a properly constructed base can also be wheelchair accessible if built and maintained correctly (though that is an important “if”). The street crossings and the transitions from pavement to gravel are likely the most important details to get right. Fully paving the trail can be left to a future Parks levy if there is demand to fund such an upgrade. A long and connected gravel trail is certainly better than a short and perfectly paved one.

If all goes according to schedule, design and permitting should be completed this year or early next year, and construction could begin on the interim trail in summer 2024. 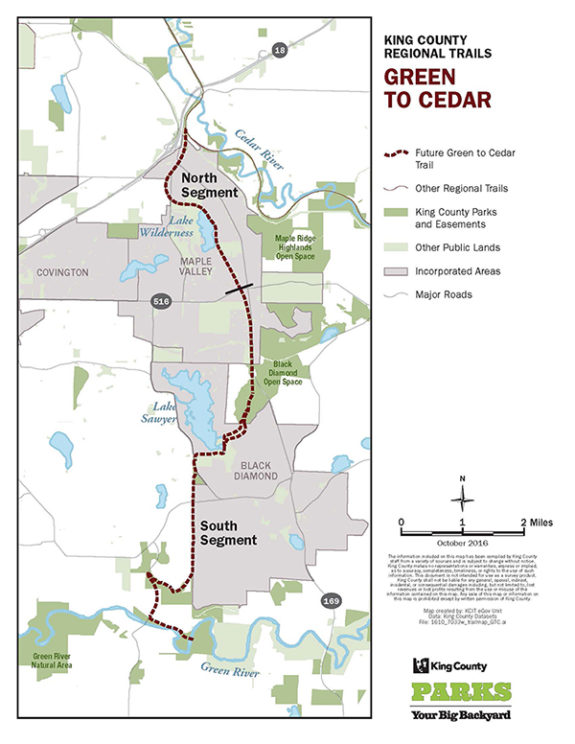