Construction work has started on a separated bike corridor in the Uptown neighborhood as part of a set of transportation projects required to be installed by the grand opening of former Key Arena, now Climate Pledge Arena. A grand opening date hasn’t yet been announced, but is still set for this fall. 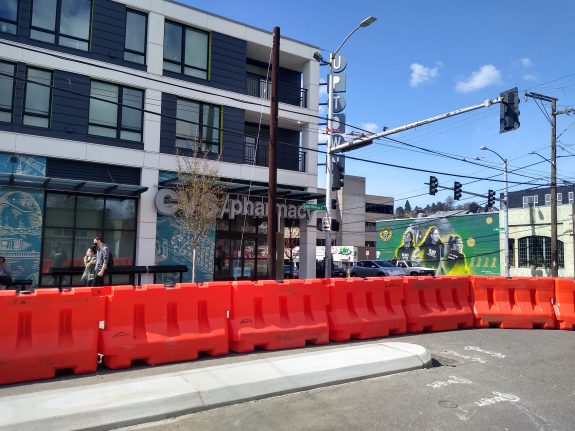 The two-way cycletrack goes out of its way to accommodate traffic management for other types of travel in Uptown, with three blocks of Queen Anne Ave N getting bike lanes north of Thomas Street and two blocks of 1st Ave N south of Thomas. The current one-way bike lane on 1st Ave N that’s been in place for the construction of the arena will be gone by the time construction is complete. 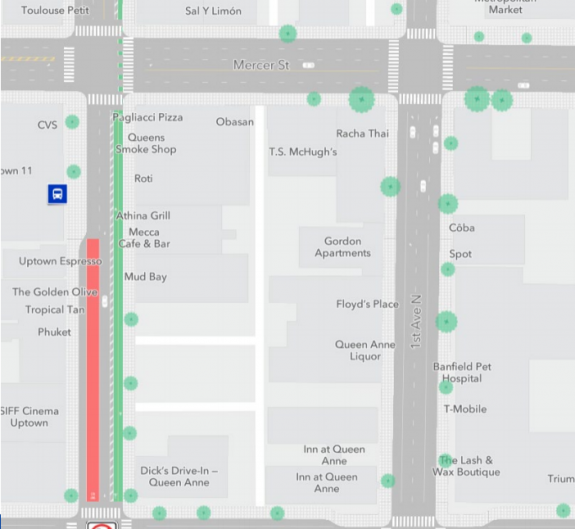 Northern segment of the bike lane being installed in conjunction with the arena. (Click to enlarge) 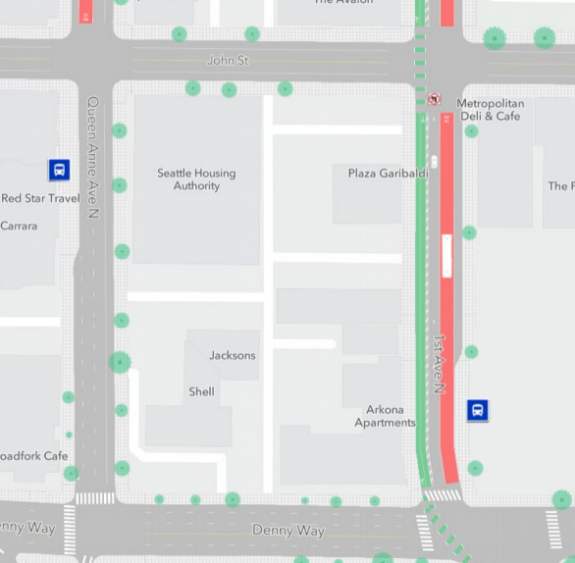 North of Mercer Street, the plans fall outside the jurisdiction of the arena’s transportation agreement. The latest we saw for plans for the block between Mercer and Roy Street (where there are paint bike lanes) was a short stub of a bike lane for northbound riders that ends at the MarQueen Hotel’s load and unload zone. 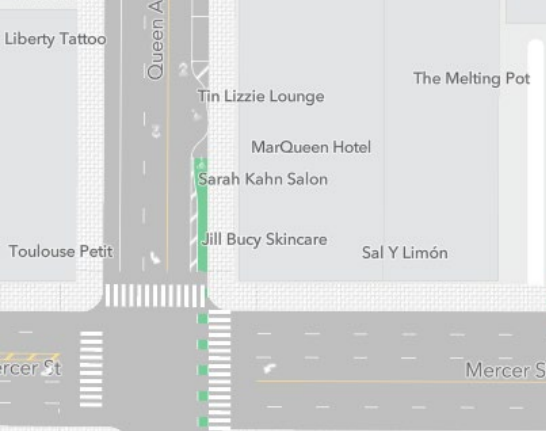 Plans for the terminus of the bike lane for northbound riders north of Mercer Street. (Click to enlarge)

The City is also working on connecting this Uptown cycletrack to the 2nd Ave protected bike lane via Broad Street this year. That lane will run along the western edge of 1st Ave and the northern edge of Broad Street. 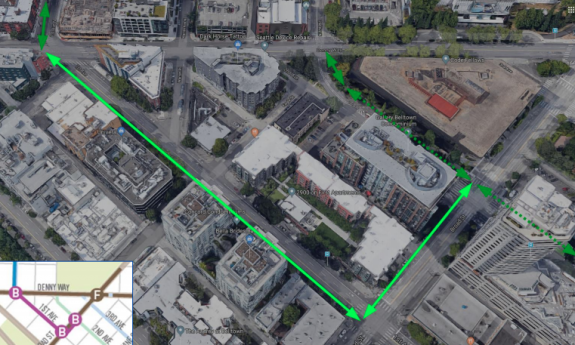 Location of the planned cycletrack connecting 1st and Denny with 2nd and Broad. (Click to enlarge)

As for the northern end of the 2nd Ave protected bike lane, we don’t know exactly what the final design is going to look like yet. After negative reaction to the news that all bike traffic south of 2nd Ave and Denny Way would be relocated to the sidewalk, SDOT gave the intersection another look to improve the experience. A design shown last year (below) just shows a wider sidewalk.

The relocation of the bike lane here makes way for another southbound travel lane on 2nd Ave which will be the primary exit route for cars to “flush” out of the new 400-car garage at Climate Pledge Arena. 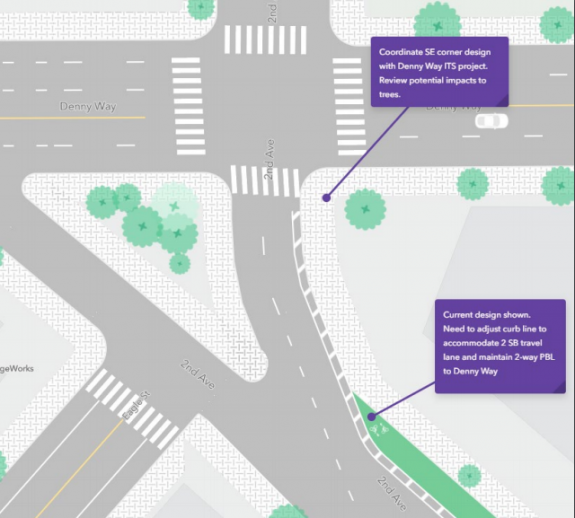 2020 illustration of 2nd Ave and Denny Way (Click to enlarge)

Also planned this year is a big upgrade on the connection between Uptown and the Thomas Street bridge connecting the neighborhood with the Elliott Bay Trail.

Even though the arena is officially planning for a very small percentage of visitors to be arriving by bike (1% when it first opens), the street space being provided to give people a safe option to bike to Uptown for arena events might cause expectations to be exceeded. But more importantly it provides everyone in Seattle a way to access the neighborhood via a safe bike route.