A proposal to convert the curbside lane of northbound Aurora Ave N alongside Green Lake Park into walking, biking, and rolling space in the form of a Stay Healthy Street is still under active consideration by SDOT and WSDOT, Seattle Bike Blog has learned. This stretch of road doesn’t have any sidewalks, just a dirt path next to fast-moving traffic along Aurora. The inner loop at Green Lake Park is currently restricted to people walking in one direction, with people riding bikes currently not allowed. Repurposing a lane of this short segment of Aurora, which is underutilized, would add another accessible route around Green Lake and really the only way for people biking to get around this segment of the lake. 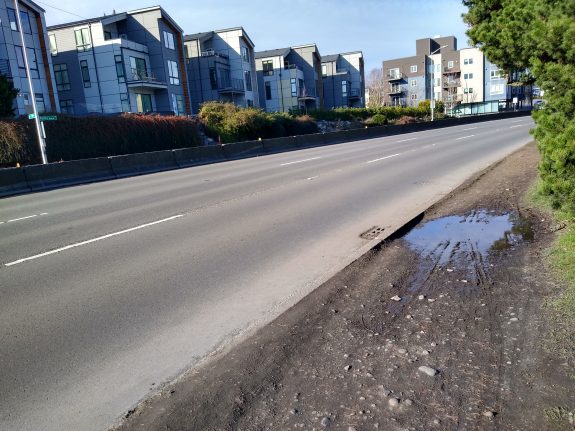 Current condition of the dirt path around Green Lake along Aurora Ave.

Draft plans for the closure that were created last Summer obtained by a records request show just how far along the proposal has come to becoming reality. They show a water-filled barrier protecting the curbside lane on northbound Aurora, connecting West Green Lake Drive N with West Green Lake Way N. 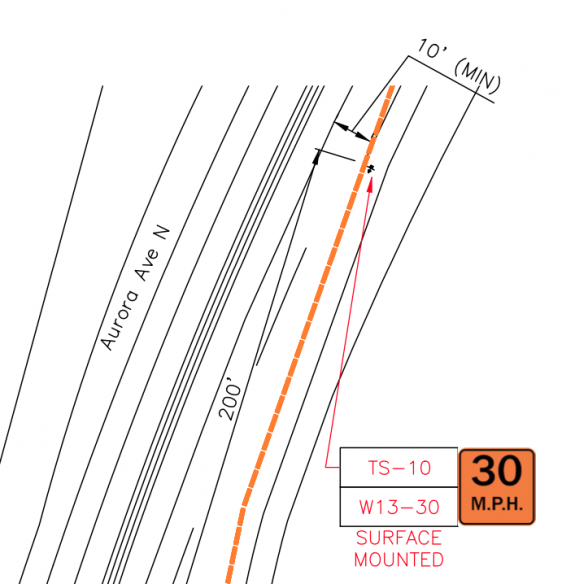 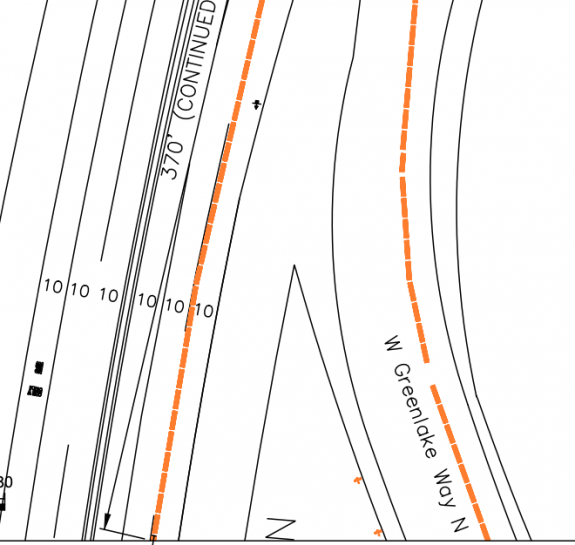 On the south end, this lane would connect with the existing Keep Moving Street that has been in place along the southwest corner of the lake since last year. Last month, SDOT announced that they would be adjusting that street to reopen West Green Lake Way to vehicle traffic southbound to provide access to parking lots, while keeping the northbound lane for people walking, biking, and rolling. This change hasn’t been made yet, but has been promised soon. 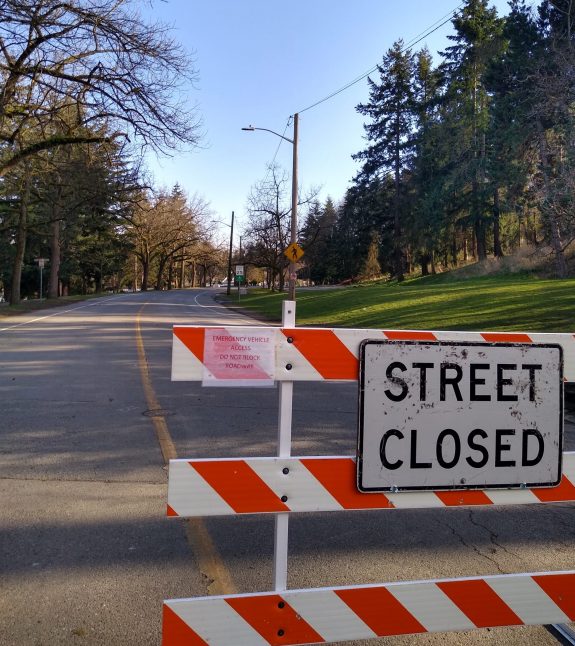 The Green Lake Keep Moving Street, due to reopen to vehicle traffic in one direction.

At the north end, the barriers would end a short distance from Aurora, with the entire stretch of West Green Lake Drive between Aurora and Winona Ave N closed to through traffic like a Stay Healthy Street, with ADA access to the parking lot on that stretch still maintained. 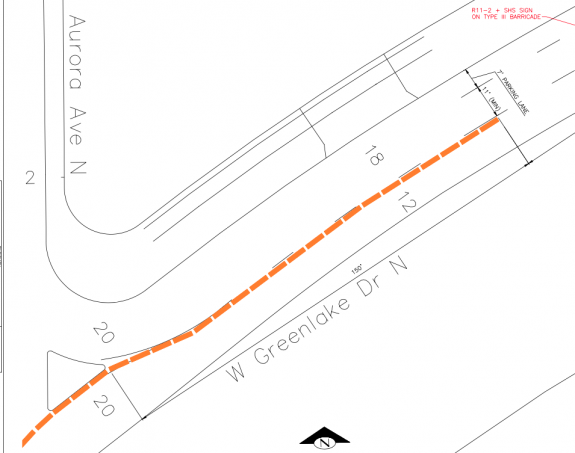 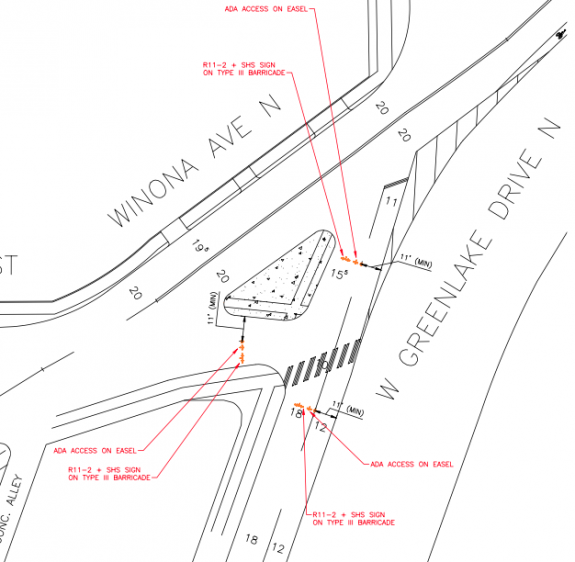 If all of that’s confusing (because it is) hopefully this map can help clarify the segments depicted here. You can see the full plans from this post here. 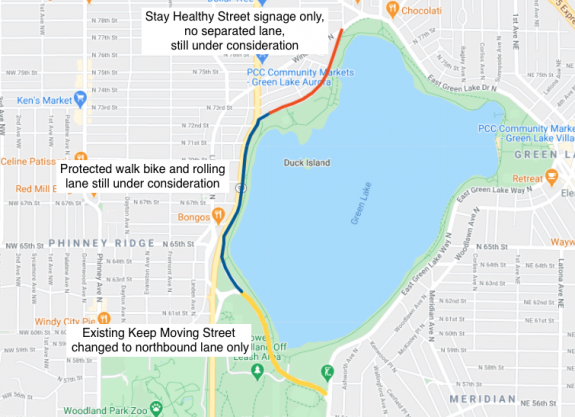 What’s being considered or actually happening along each stretch around Green Lake.

The long-anticipated protected bike lanes around the east side of Green Lake are scheduled to be completed this year. If this proposal were approved, people biking would have a nearly completely protected route around the entire lake. Whether this idea for the west side of the lake is just a pandemic experiment, or a good idea that never sees the light of day remains to be seen.