As early as next week, the Keep Moving Street in place on a portion of West Green Lake Way N, allowing space for people to more comfortably walk, bike, and roll apart from vehicles, will shrink by half as the Seattle Department of Transportation reopens its southbound lane to vehicle traffic. According to SDOT, this change is being made to allow people driving to access both the parking lot at the Green Lake Park tennis court and the Lower Woodland Park off-leash area parking lot.

This Keep Moving Street was the second most utilized open street in 2020 on a per-mile basis according to SDOT’s data, second only to Beach Drive in West Seattle. SDOT will be installing barriers to separate the newly reopened travel lane from the lane devoted to walking rolling and biking, but we don’t yet know what kind of barriers those will be. 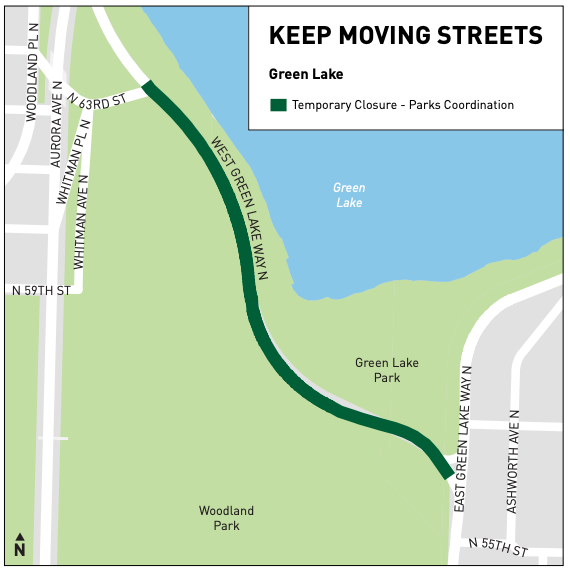 Scaling down the Stay Healthy Street to restore access to parking will be frustrating to many who have enjoyed it, but hopefully this opens up an avenue to its conversion into a long-term facility. Later this year, SDOT will open a bike facility on the other side of Green Lake Drive/Way, between Stone Way and Densmore Ave at the very north end of the lake.

Permanently converting the lakeside lane where the Keep Moving Street exists now would continue that facility even further around Green Lake. By itself this would be nice, but it would also set up the future possibility of a safe bike route all the way around the lake that’s separate from the loop trail. 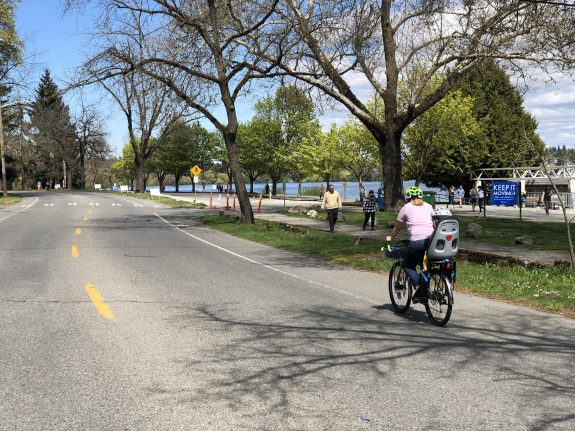 Along the very western edge of Green Lake Park is Aurora Ave. A substandard gravel path is the only way to navigate this stretch if you’re walking; if you’re rolling it’s pretty much inaccessible. Paired with the fast moving traffic on Aurora it’s a recipe for disaster. In 2019, a UW student, Bergen Fuglestad, was struck by a driver while jogging along this path. That collision resulted in what is likely to be permament injury to Fuglestad. 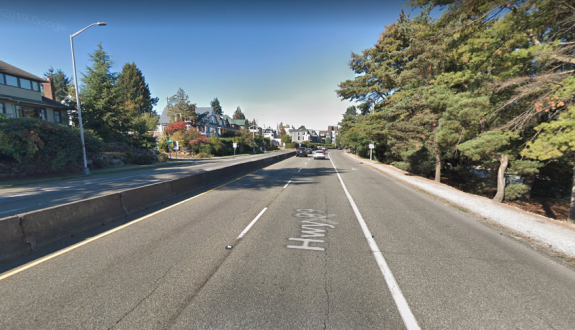 Converting the curbside lane on Aurora next to Green Lake Park could make everyone safer.

The rightmost lane of Aurora here is incredibly underutilized. Converting it into a bike facility protected by jersey barriers (as exist in the median of Aurora here) would protect the walking path and complete another segment of the full bike connection around Green Lake. It also would likely slow most drivers a bit more at that segment. Installing barriers on the south end of the lake this month will be a great way to pilot it.