As you may have noticed, Seattle Bike Blog does not have a voter’s guide this year. This is partly due to the limited number of local races and partly due to having a baby at home who occupies a lot of my time by being super cute and having a preference for sleeping in my arms.

We previously published a guest op-ed by Chris Covert-Bowlds in favor of I-1631. I just realized that Seattle Bike Blog never officially said we endorse this campaign, so here that is: Vote YES on I-1631!

But across Elliott Bay, Bainbridge Island voters have a very cool levy on their ballots that would invest $15 million over seven years into safe streets, walking and biking projects on the island. Proposition 1, or the SAFE (“Safe Access For Everyone”) Mobility Levy, would focus on improving roadway shoulders, trails, Safe Routes to School and sidewalks. From the City of Bainbridge Island: 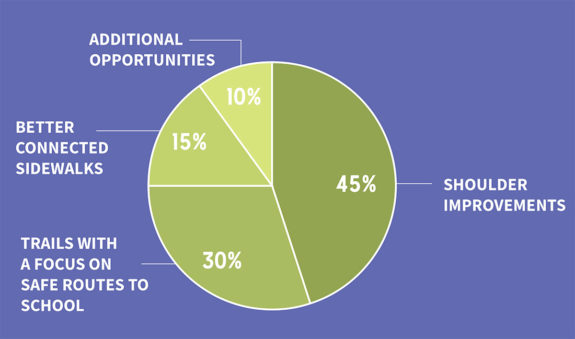 Of course people on Bainbridge should vote yes, because this is all good stuff.

Many Bainbridge roads are designed like rural roads through the woods, so there are very few sidewalks and bike lanes. But outside of ferry rushes, traffic is typically pretty low. In this context, a good shoulder goes a long way to provide space for people walking and biking.

Biking on Bainbridge is often wonderful, and it’s easily the best way to get to and from the ferry. But there are some spots where it can get a little scary, especially during a ferry rush.  Investing to improve those areas of stress would not only improve safety, but would also make biking to Winslow or the ferry more inviting to more people. Combine this with the focus on Safe Routes to School, and this levy has a ton of potential.

So if you live on Bainbridge Island, vote YES on Prop 1!