Editor’s Note: This is a guest post by Brock Howell of Bicycle Security Advisors. The group is launching a campaign to fight bike theft by getting more people to register their bikes online with Bike Index.

Bike theft is a major problem in Seattle — and I didn’t have to write this sentence for you to know it.  That’s why there’s now a campaign to vaccinate bikes this month, and volunteers will be at fourteen Celebration Stations on Friday morning to register bikes.

Every year, more than a 1,000 bikes are reported as stolen to the Seattle Police Department.  Far worse, based on federal crime reports, the number of bikes actually stolen is likely five to six times what is reported to the police.  With seven percent of people never replacing their stolen bike again, this is a real issue for increasing the number of people who bike.

From May to October, Seattle experiences epidemic levels of bike theft. 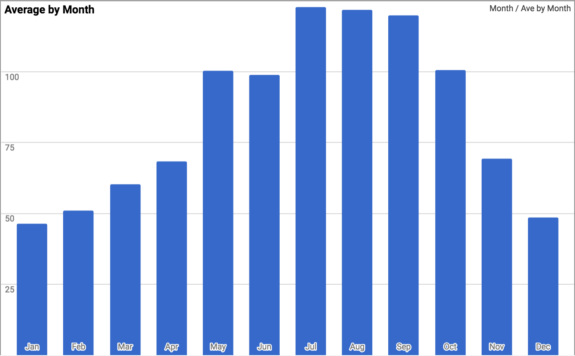 This isn’t too surprising.  These are the months that people are biking and so their bikes are more vulnerable to theft.

It’s a little like how people are more susceptible to the influenza virus in the winter because their immune systems are weakened by the weather.  Which brings us to how we can attack our seasonal bike theft epidemic.

Here’s what you can do: vaccinate your bike.

If you ever have your bike stolen, you will need photos, a detailed description, and your bike’s serial number to get it back, as well as a community of people who are looking out for your bike.  That’s what the bike registration sites Bike Index and Project 529 Garage provide. They’re free, independent, and easy to use.

Tomorrow morning at fourteen Bike Everywhere Day Celebration Stations, a fleet of volunteers wearing white doctors’ coats will be out registering bikes in person on Bike Index.  It’s the perfect time for you to get your bike signed up, and it’ll take just 30 to 60 seconds of your morning.

Bike Index is fantastic.  Again, it’s free, independent, and simple to use.  Better yet, there are hundreds to thousands of passionate community members who are part of Facebook groups (Seattle, PNW), and Twitter conversations who actively use Bike Index to help you track down stolen bikes. Bike Index is also the official registration system of the University of Washington and the Seattle Bike Blog, and nearly every Seattle bike shop uses Bike Index to check suspect bikes to see if they’re stolen and either registers every sold bike on Bike Index or promotes it to its customers.

Last year, the King County Sheriff’s Office BEEs (the bike & transit patrol), calculated how effective Bike Index was at helping return stolen bikes.  KCSO found that nearly 70 percent of the bikes successfully returned to their owners was with the help of Bike Index.  Since Bike Index started in 2014, they’ve helped return nearly 4,600 bikes to their owners.

If we register enough bikes, I firmly believe we can make it virtually impossible for a bike thief to get away with stealing bikes.  Let’s achieve herd immunity.

On your way into work tomorrow, stop for 30 to 60 seconds at one of the fourteen Celebration Stations that we’ll be at and we’ll register your bike for you. 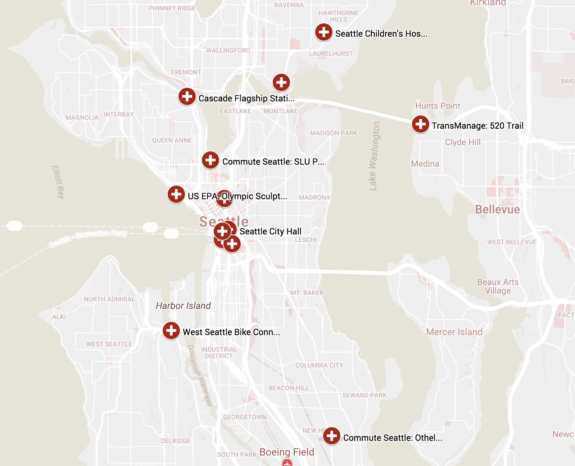 If you miss us tomorrow, we’ll also be at the Bike Month Party at Peddler Brewing tomorrow night, at the Mighty-O Tour de Donut Ride on Saturday, and at Bicycle Sunday.

Look for us in our doctors’ coats. 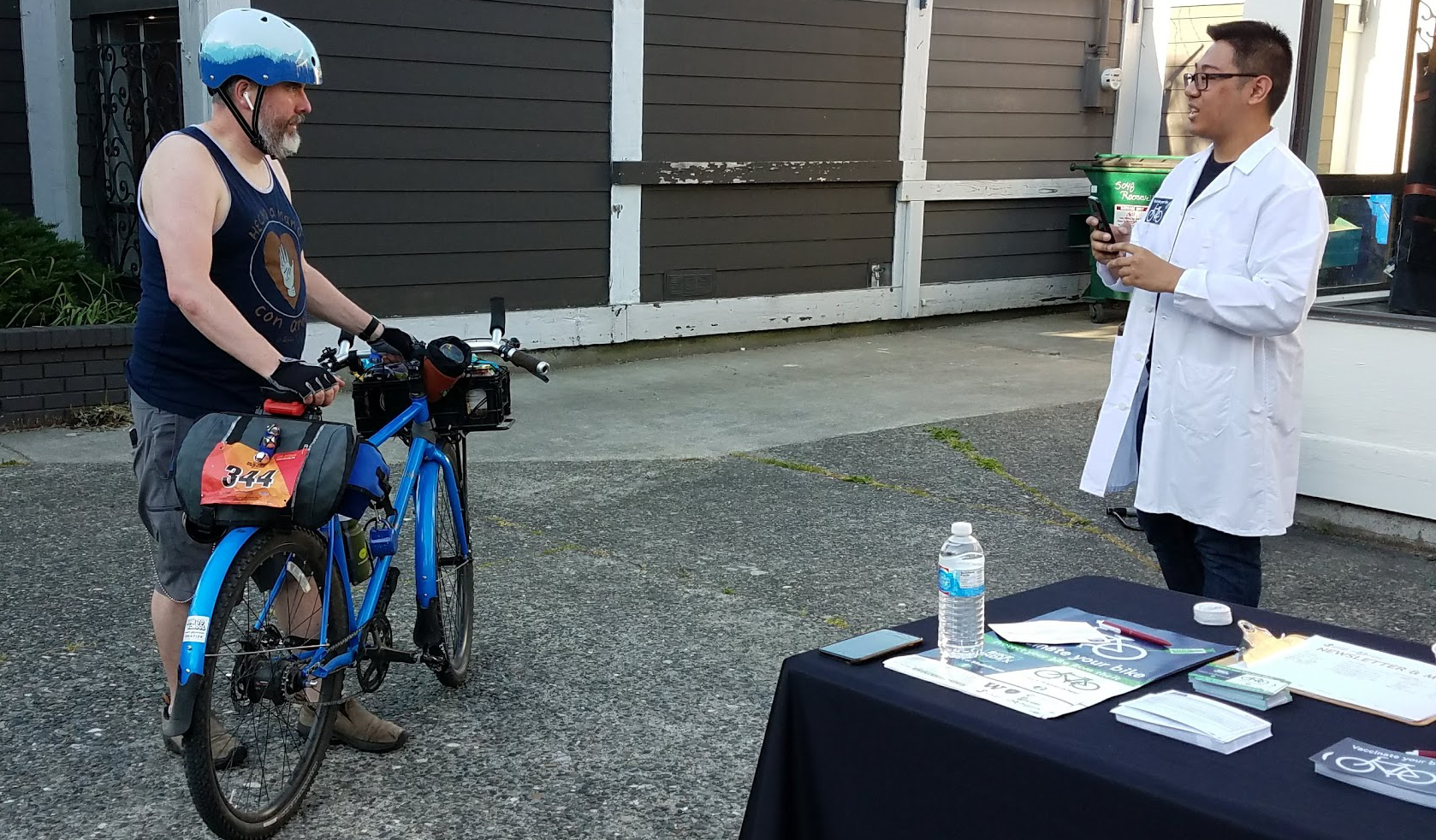 And you can always register your bike yourself.

A special thanks goes to all our partners and allies on this public education campaign for bike registration, including the Phinney Neighborhood Association; U District, Let’s Go; Bike Works; Cascade Bicycle Club; Commute Seattle; Seattle Department of Transportation; Seattle Neighborhood Greenways; TransManage; UW Police; UW Transportation Services; Washington Bikes; many bike shops and many others.

If you would like to contact Brock Howell about the bike registration effort, email him at [email protected].

4 Responses to Howell: Vaccinate your bike