UPDATE: You can follow my adventures to parks around town below.

Park(ing) Day 2017 is tomorrow (Friday). For one day, neighborhoods across the city will have new mini parks, constructed and activated by neighbors.

It’s a day dedicated to new ideas for how public space can be used. And it’s a day to highlight just how much valuable space we are dedicating to the storage of cars. When public space is available to our creativity, people do amazing things.

The day goes from 9 a.m. to 7 p.m. There are 47 parks planned, so be sure to give yourself some extra time to visit a few. Or, you know, tomorrow could be a good day to *cough, cough* call in sick.

I probably don’t need to tell you, but your bicycle is the best way to tour as many parks as you can see. It could also be a great chance to try out mixing transit and bike share (that’s my plan).

You can see the city’s map of 2017 parks below. For an idea of what to expect, check out our coverage from previous years. 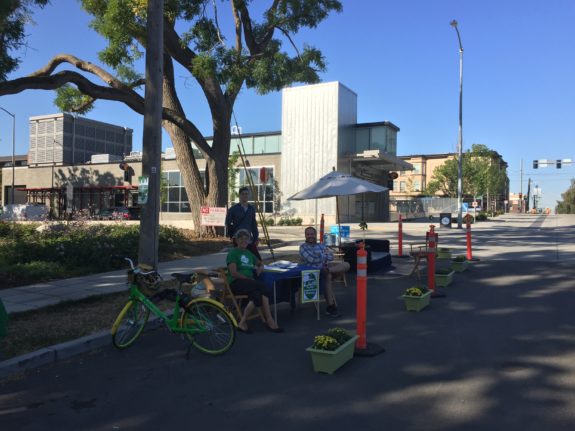 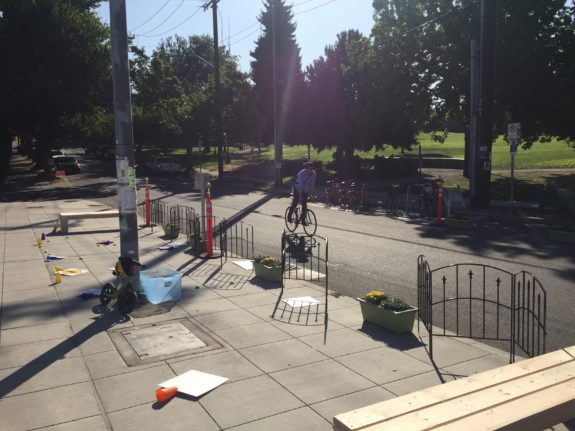 You can also drink coffee and eat shockingly delicious food at Peloton Park at 12th and Jefferson. 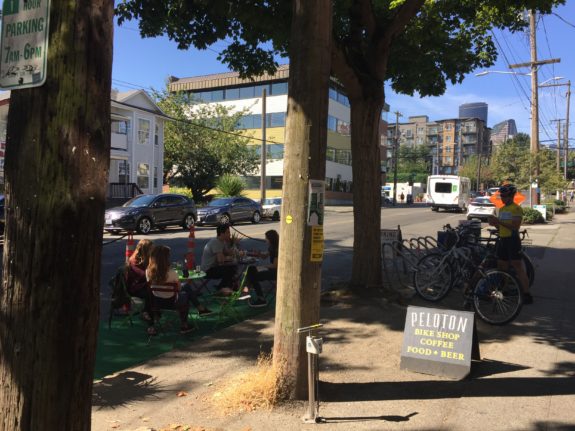 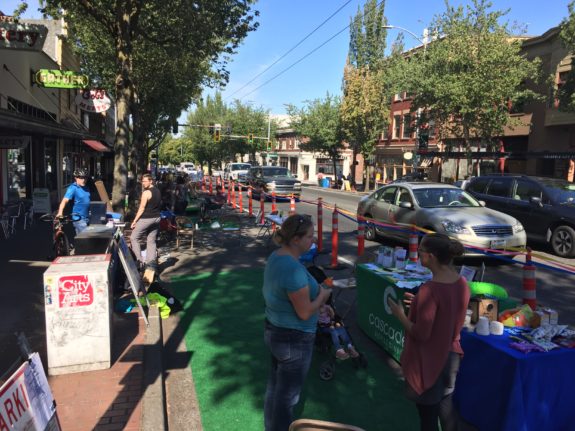 Spin, HUB and Young Professionals in Transportation have a spot in Pioneer Square. You can score free Spin credit and try out their new and improved bike:

Design your own parklet at 1st and Main: 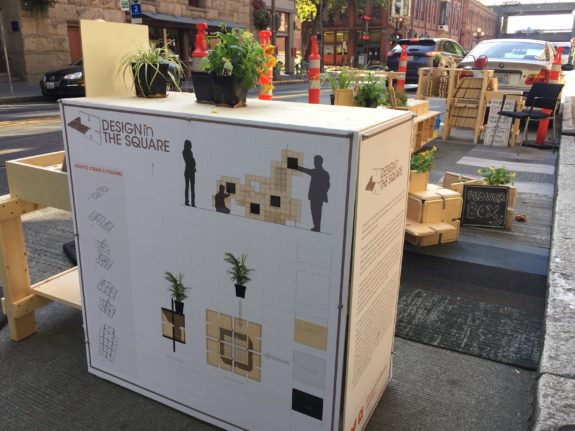 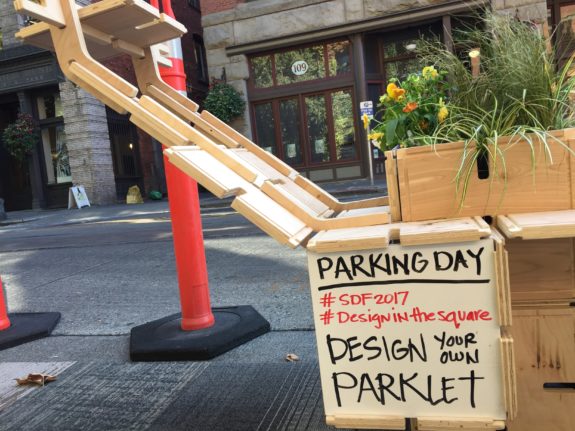 I loved this multi-family housing craft party in Wallingford: 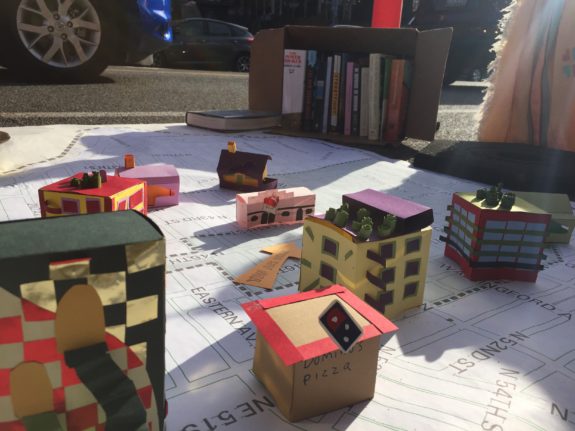 Aimee of @MapleLeafGnwys did an amazing job on this #parkingdaysea at NE 85th & 5th Ave NE. She painted all of those! pic.twitter.com/97HTDDxMCZ

OMG yes we need this just south of the Fremont Bridge. Such an obvious connection to the Ship Canal Trail:

Founder and Editor of Seattle Bike Blog.
View all posts by Tom Fucoloro →
This entry was posted in news and tagged park(ing) day, park(ing) day 2017. Bookmark the permalink.