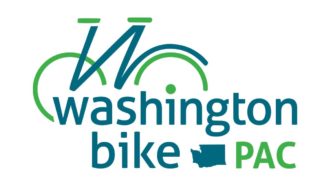 Everyone knows that the Big Bike lobby runs this town. Just read the comments on any Seattle Times story about bikes. On second thought, don’t do that.

Well, Thursday is your chance to be part of the shadowy, bicycling cabal pulling the puppet strings of Washington State government, and it will only cost you $50! Bonesmen and secret enforcers of UN Agenda 21 get in free, of course.

In all seriousness, the Washington Bike PAC is the political action committee of Washington Bikes, and funds raised Thursday will go directly to efforts to help elect bike-friendly candidates across the state. Little about it is secretive. The organization openly endorses candidates each election, and the PAC helps fund efforts to elect those endorsed candidates.

WA Bikes is the politically-active complement to Cascade Bicycle Club, which has had a long history of direct political action around the Seattle region. After merging with WA Bikes in 2016, the organization turned its gaze statewide.

So your $50 suggested donation (or more if you have it) will not only help elect local leaders who believe in more and safer biking, but it might also help a smaller community elect a leader who will champion safe routes to local schools or bike tourism or the cross-state John Wayne Pioneer Trail.

Cascade is now a 501(c)(3) tax-deductible non-profit, so it cannot campaign for political candidates. WA Bikes is a 501(c)(4) organization. Contributions are not tax-deductive, but it can take direct political action. If you’re confused by all this, you’re not alone. Here’s the history if you’re really interested.

More details on the party, from WA Bikes:

WA Bike PAC is gearing up for the 2017 campaign season where we will invest in key races throughout Washington state. ​We can’t do this important work without you, it will take your​ financial support to ensure we elect active transportation champions! We are excited to celebrate Seattle’s pedal power with you on Thursday, June 15 at Optimism Brewing.

Founder and Editor of Seattle Bike Blog.
View all posts by Tom Fucoloro →
This entry was posted in news and tagged washington bike pac, washington bikes. Bookmark the permalink.