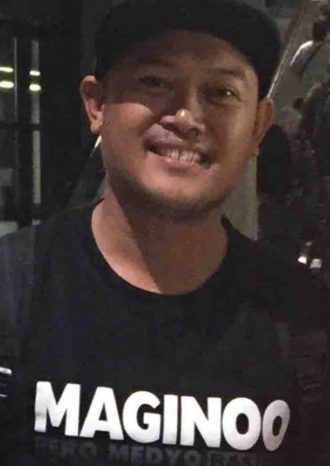 UPDATE 1/22: Family reports on his GoFundMe page that Ronacin died Saturday evening after more than a week in Intensive Care: 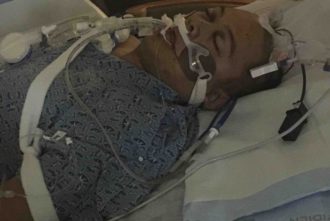 Ronacin is fighting for his life in the hospital days after a collision in Rainier Valley that left him critically injured.

Ronacin was biking on S Graham Street from his first job at McDonald’s to his second job at UW when he collided with someone driving a Toyota Rav4 SUV shortly after 3 p.m. Friday, according to Seattle Police and a crowdfunding page set up to help with medical expenses. Medics transported him to Harborview in critical condition with life-threatening injuries.

As of the most current update he is showing some responses, but doctors are keeping him in an induced coma. He has a long way to go.

Ronacin moved to Seattle from the Philippines in August. His wife died around the time of the terrible 2013 Typhoon Yolanda (A.K.A. “Haiyan”), and his grandmother is raising his five kids while he sends support from his work in Seattle, according to updates on the GoFundMe page.

We send our best wishes to Ronacin and his family and friends.

Ronacin does not yet have health insurance because he was in UW’s probation period. More details from the GoFundMe page:

It seems as if it was yesterday I asked all of you for help.I need prayers for my brother Ronacin who just arrived from the Philippines in August. Today, Friday, January 13th, He was hit while on his bike at around [3] pm on MLK and Graham St. He was thrown from his bike and didn’t have a helmet on and his head hit the pavement. He is in critical condition right now. He has an extensive blood clot on the right side of his brain, and a fractured spine. They will be bringing him to surgery now. He was leaving McDonald’s (his first job) to go home and change to get to his 2nd job at the UW. Unfortunately he never made it home. I got a phone call from one of his coworkers who told me what happened so I rushed to Harborview. Ronacin came here for a better life to provide for his 5 kids in the Philippines. The mother of his children passed away during the time of the Yolanda typhoon. So his grandmother who is 84 years old, is the one taking care of his children. He worked 2 jobs with only a 15 minutes gap in between to get to the next. He has no health insurance because he is still in the probation period at his job at UW. Any little amount helps. Money donated will be used to help pay any medical expenses and support sent to his children in the Philippines. I pray his surgery goes well. Thanks for taking the time to read. Anything small or big will help.