Today is basically tactical urbanism Christmas, a day when 50 new parks and temporary street improvement ideas pop up around Seattle. And if you haven’t been able to get to the parks in previous years, the city is trying something new in 2016: The parks will be allowed to stay open later and reopen Saturday.

The official hours are 10 a.m. to 7 p.m. The city even has a handy online map for you (also posted below).

Park(ing) Day is an international event that began in San Francisco in 2005. In many places, people simply pay the meter for a car parking space and park a park there instead. Seattle not only sanctions the day, it organizes it.

The day highlights different ways to use public space, and in recent years has expanded from “parks” to trial street changes. One year before the 2nd Ave protected bike lane opened officially, Cascade Bicycle Club demonstrated a one-block stretch of the idea on Park(ing) Day, for example.

As usual, we will be touring parks and posting updates to this page throughout the day, so be sure to check back later. 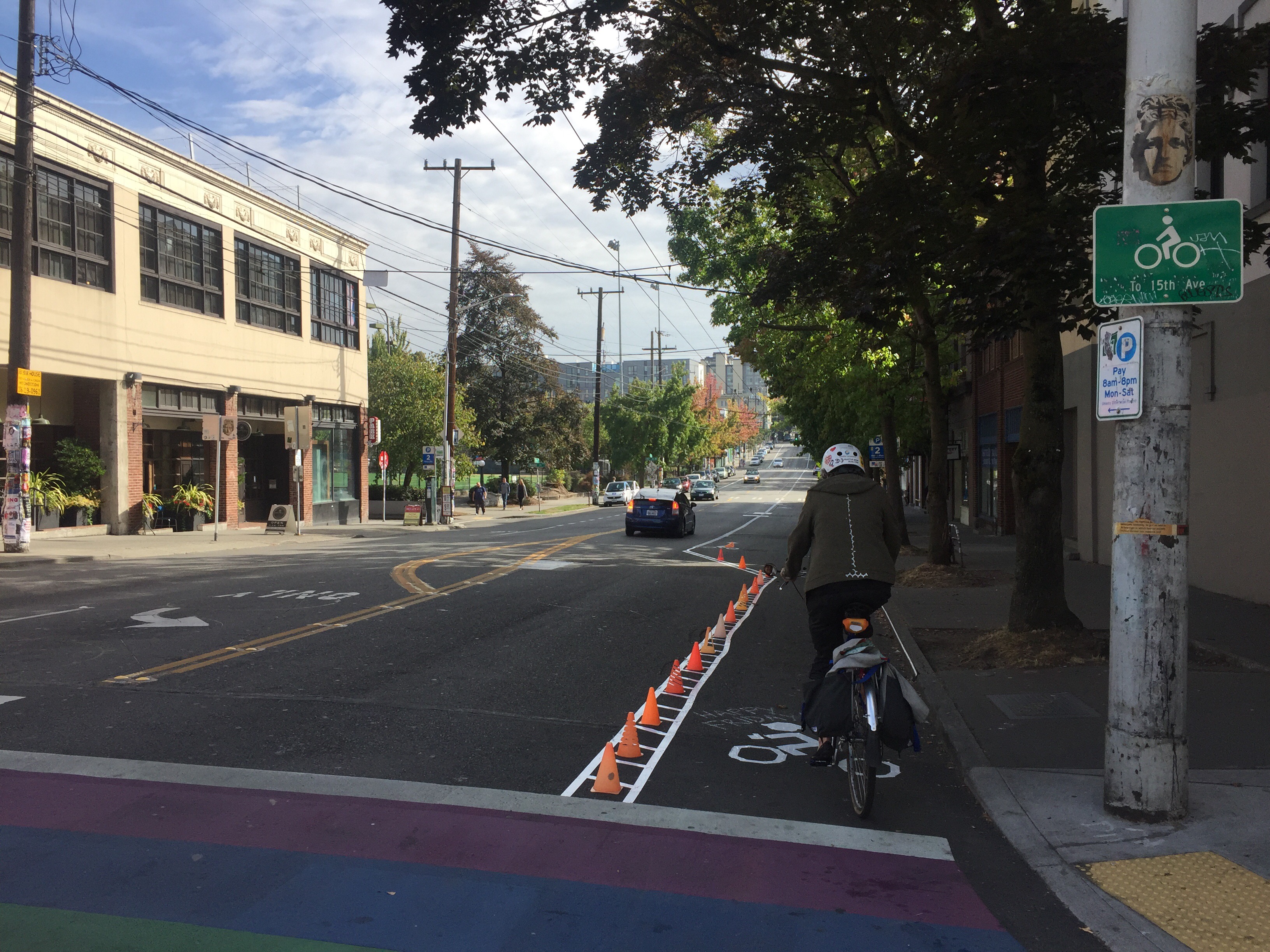 Hi Department of Neighborhoods! I hear they are talking about doing an annual Seattle household survey. Yes! 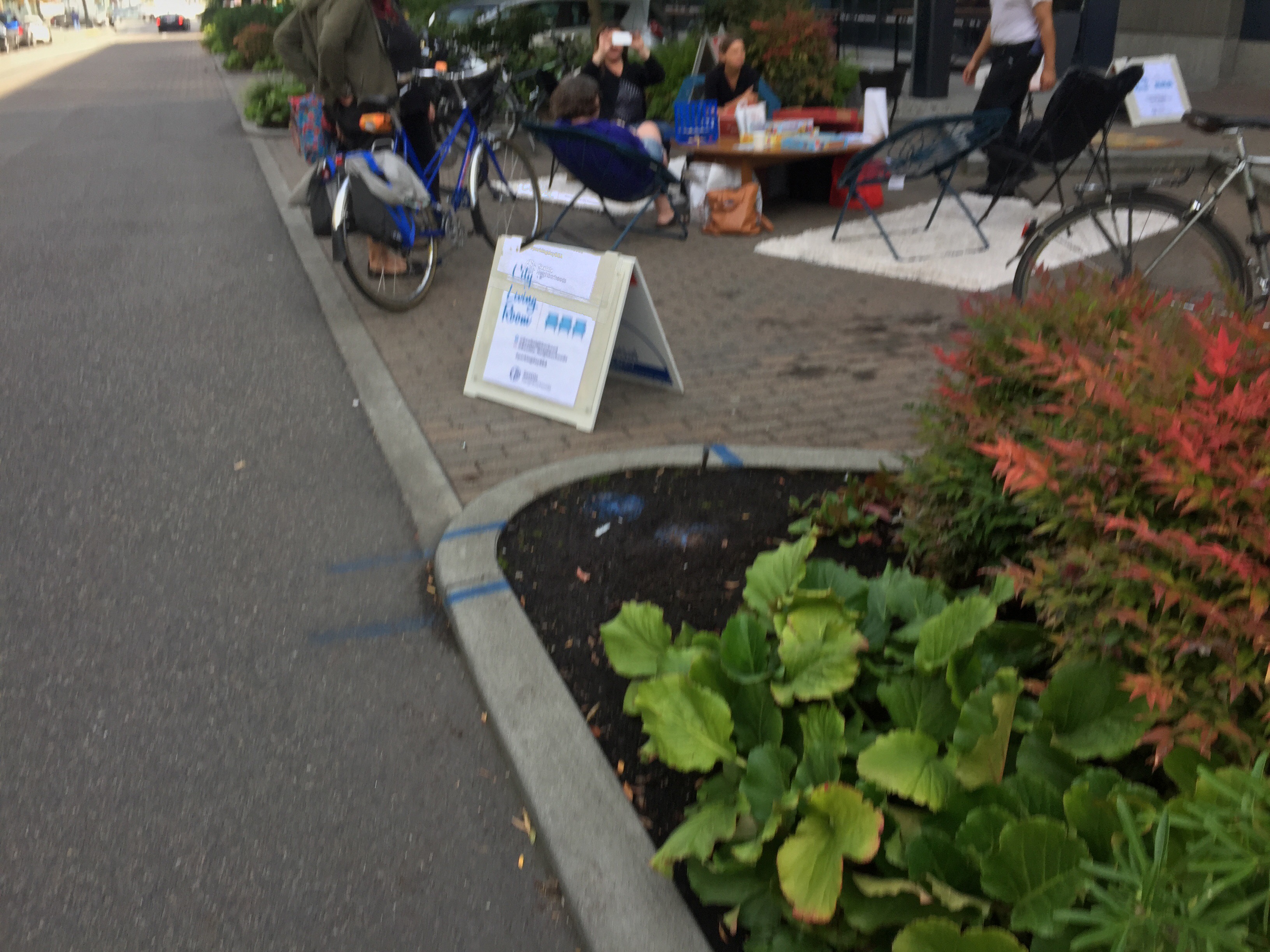 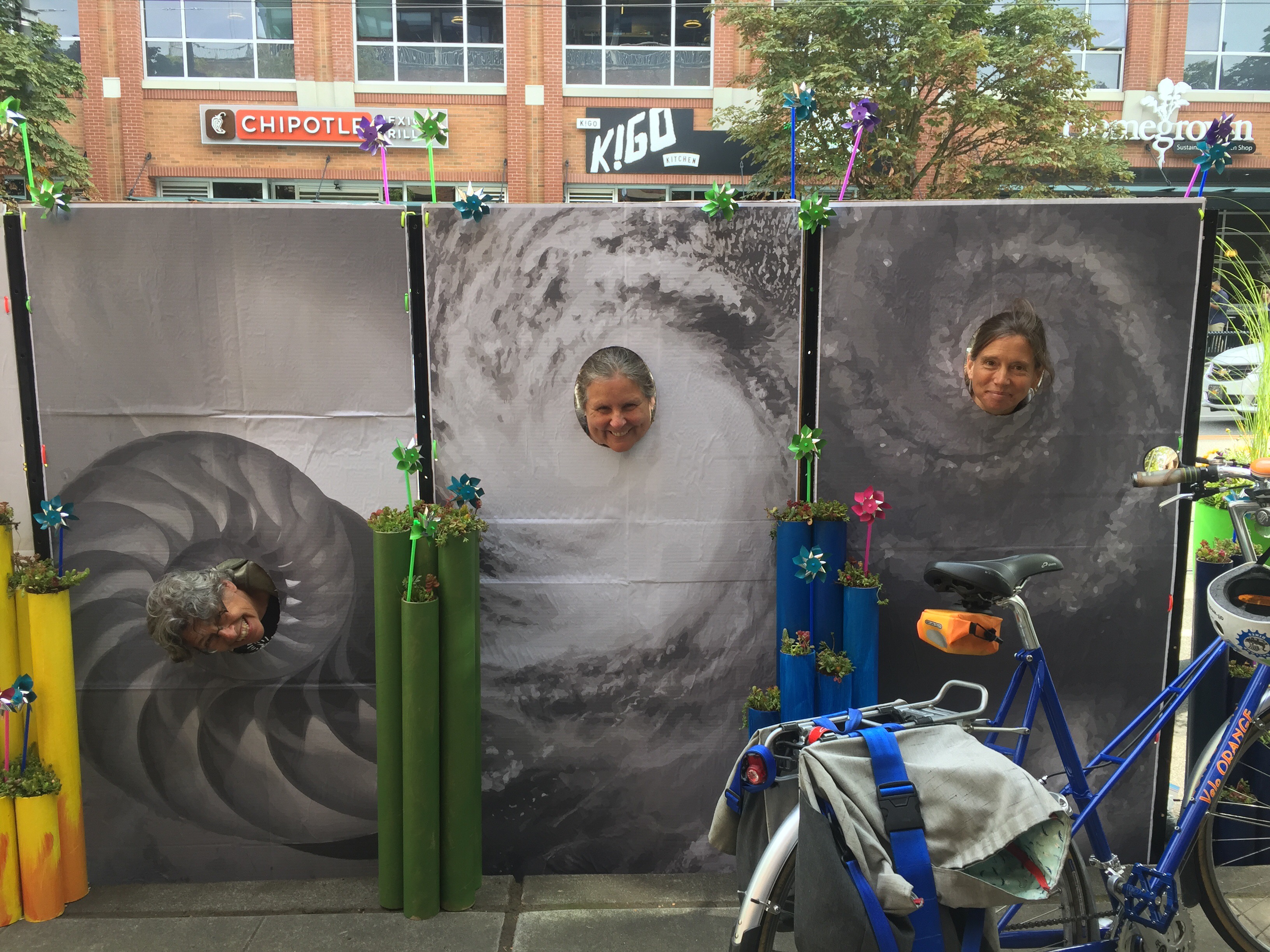 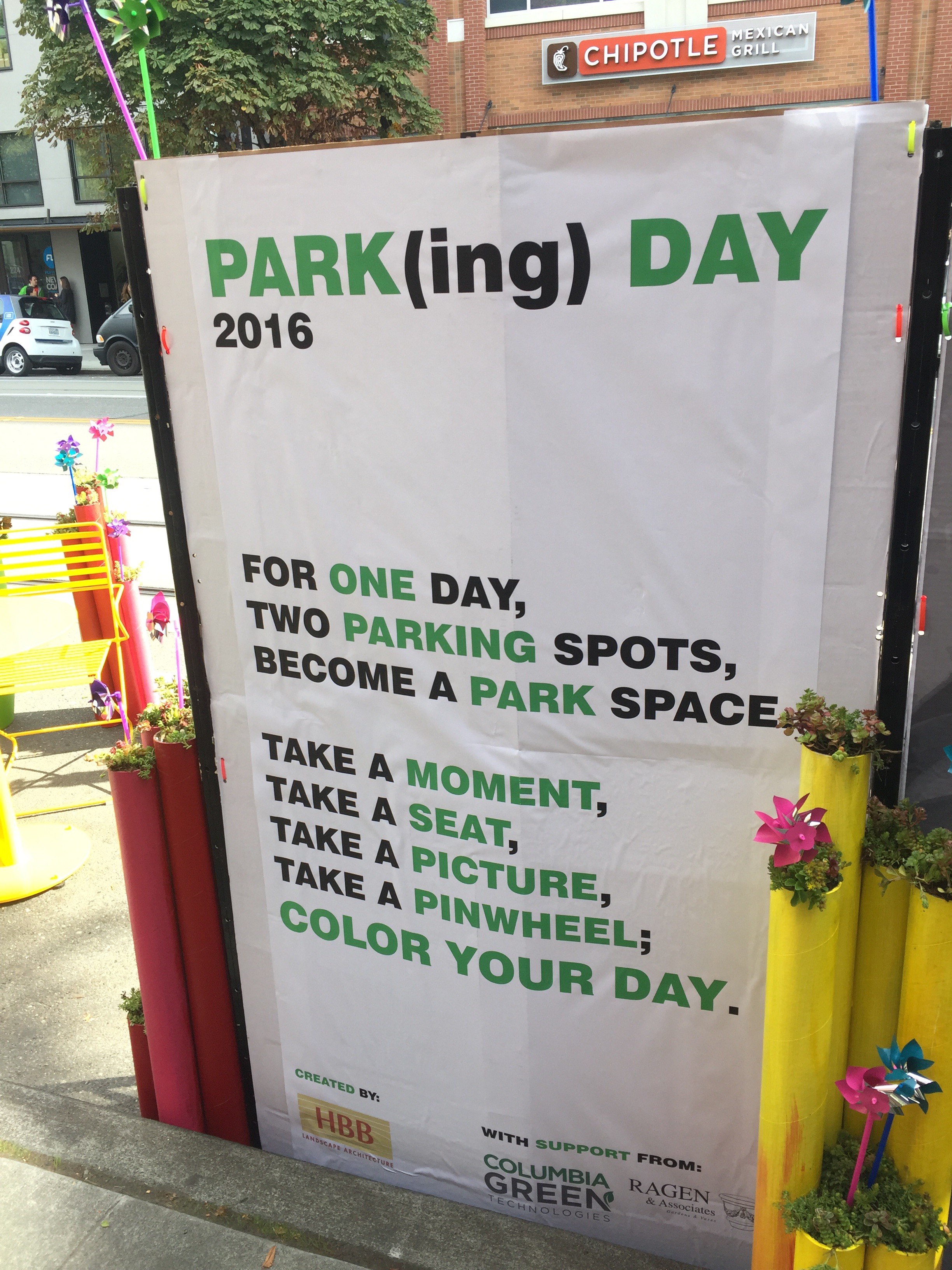 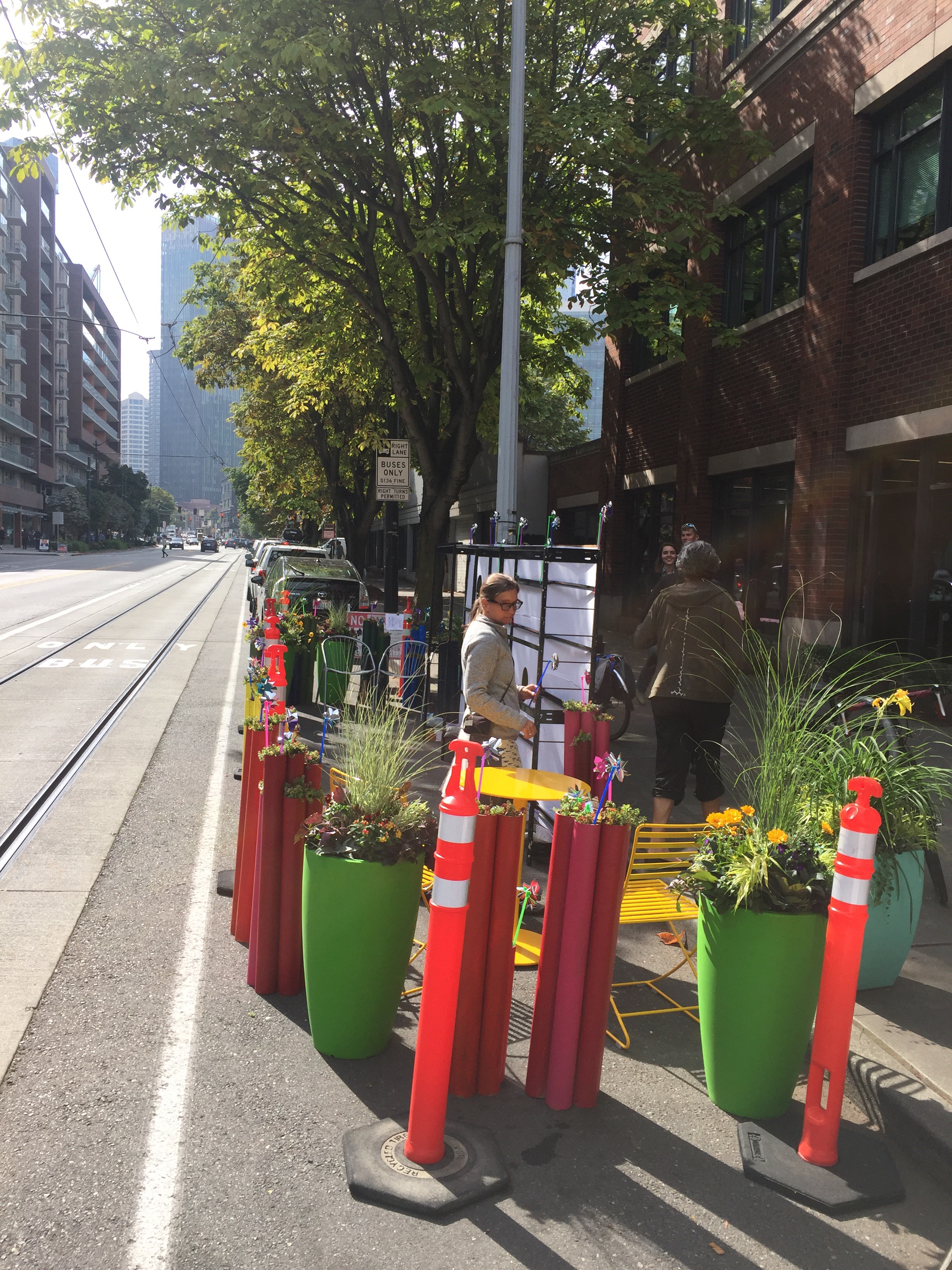 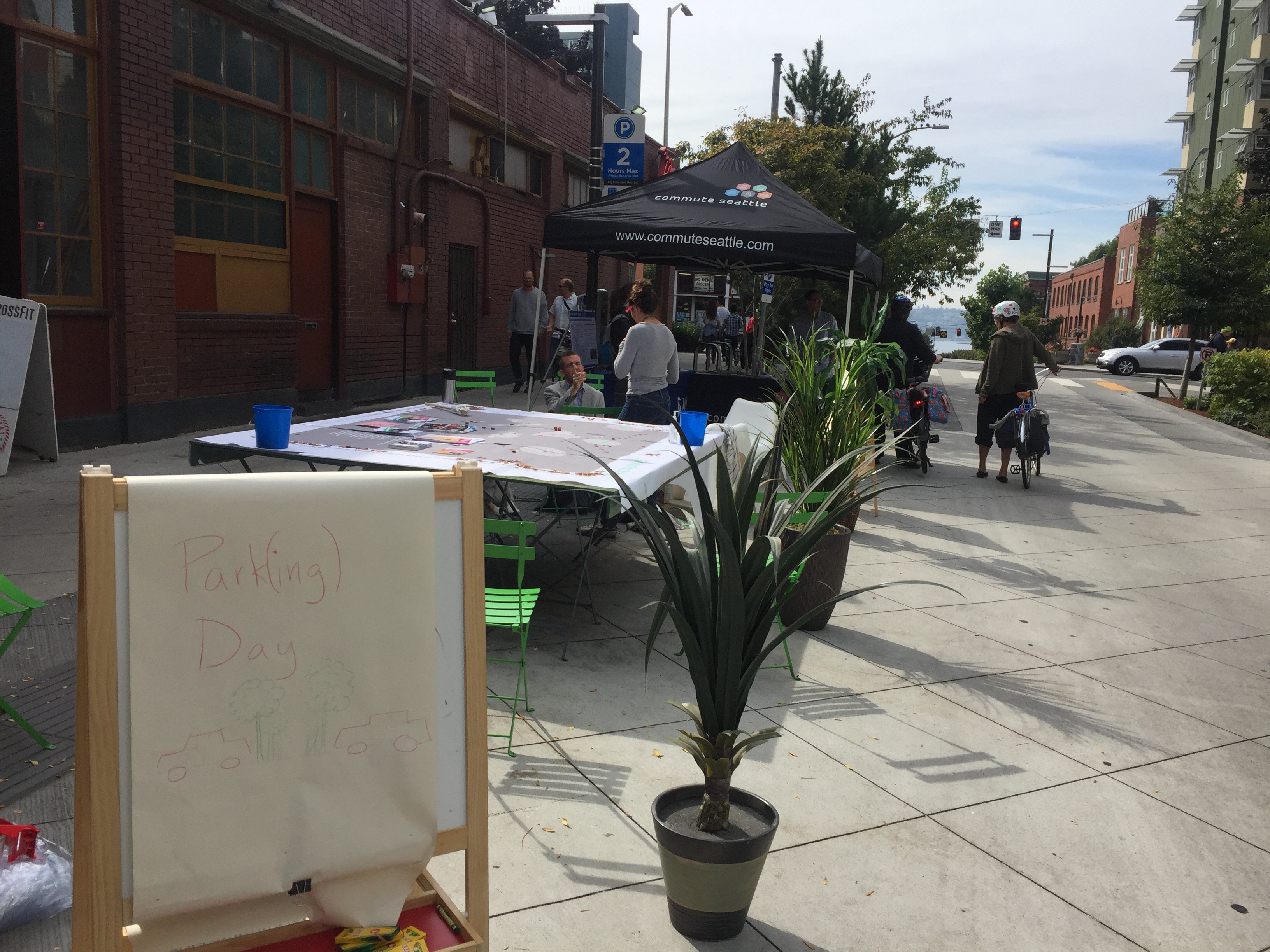 You can score a copy of the new bike map at their Bell St park. 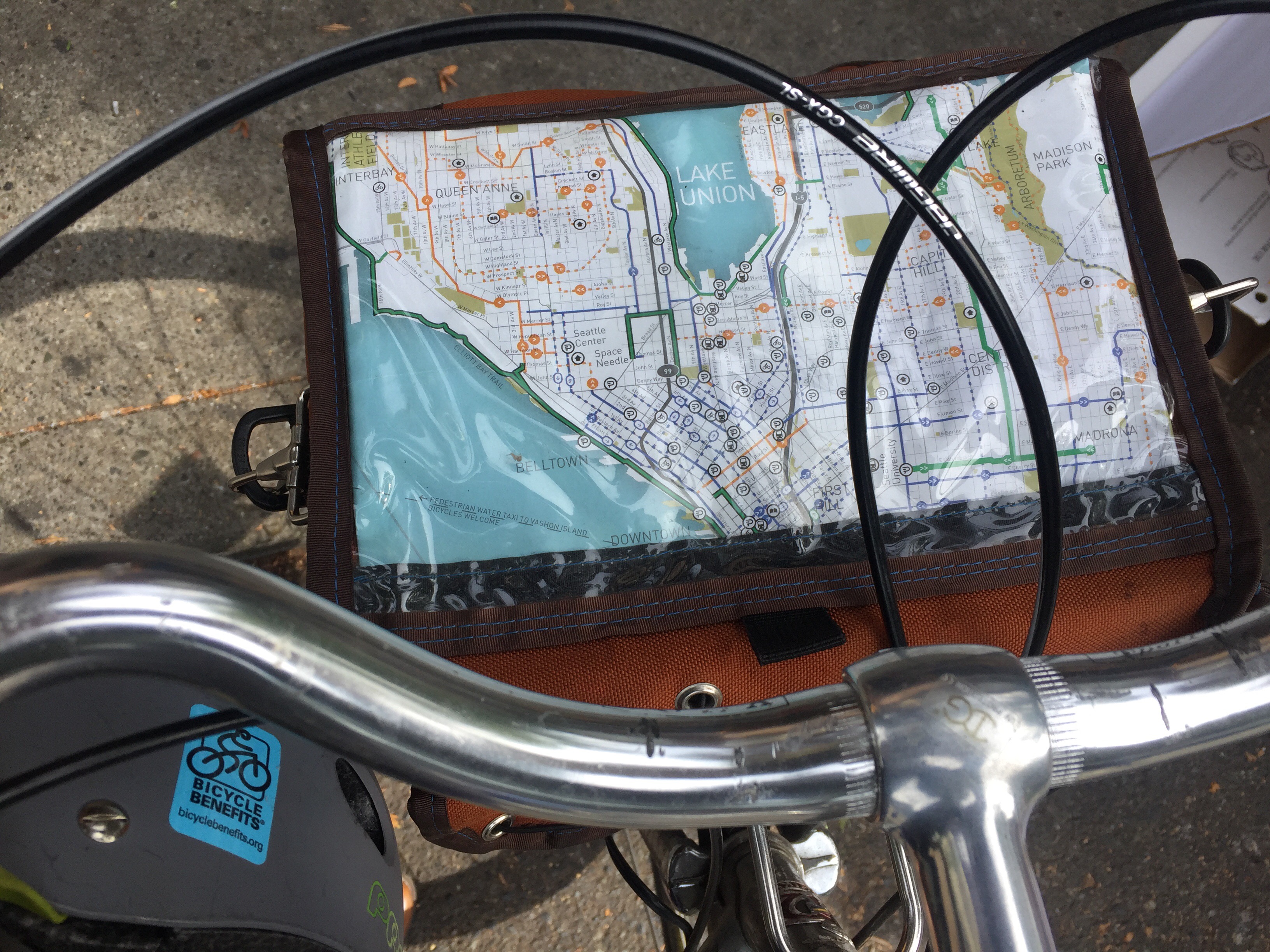 Make art in Belltown at 2nd/Bell. 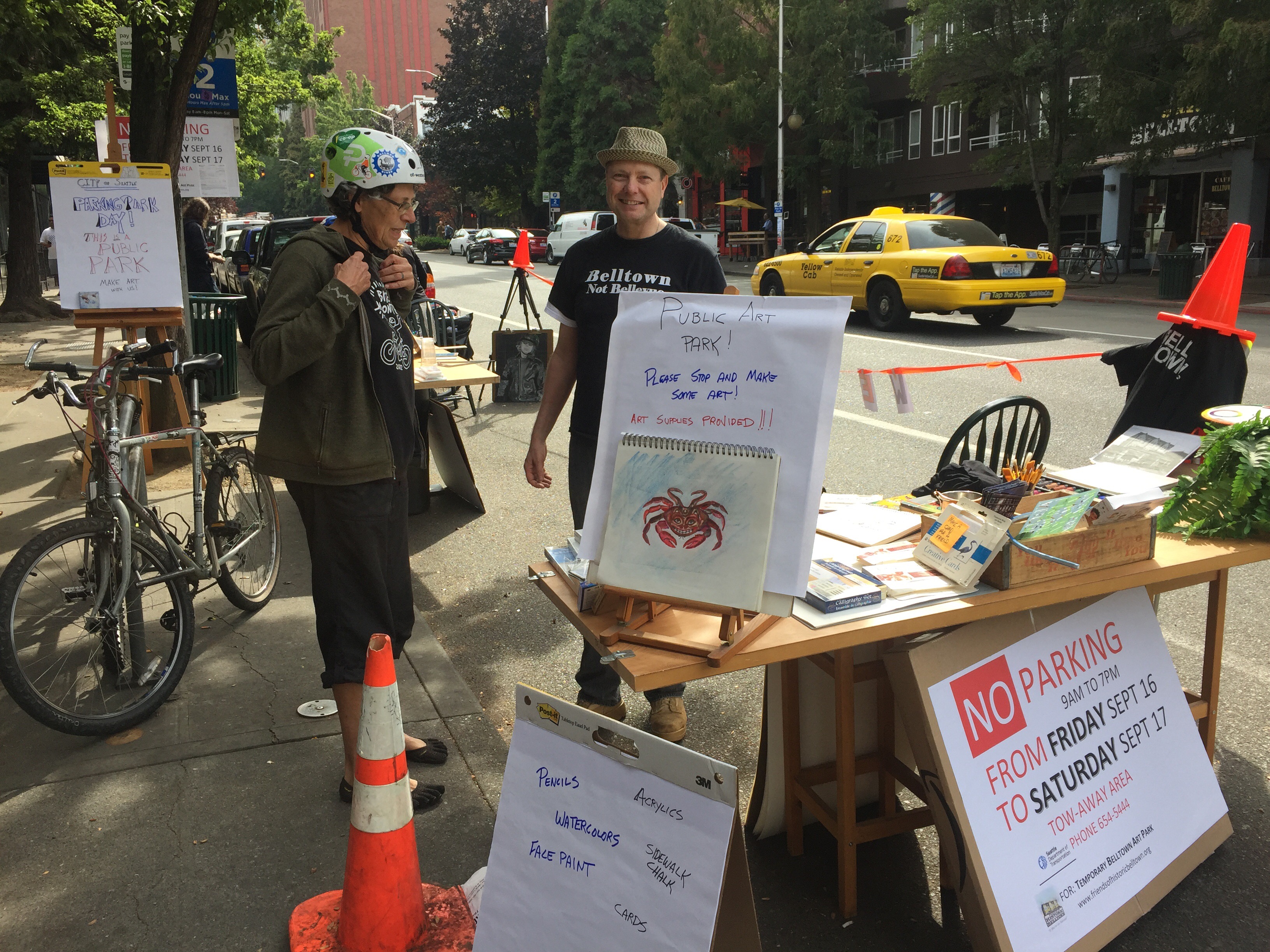 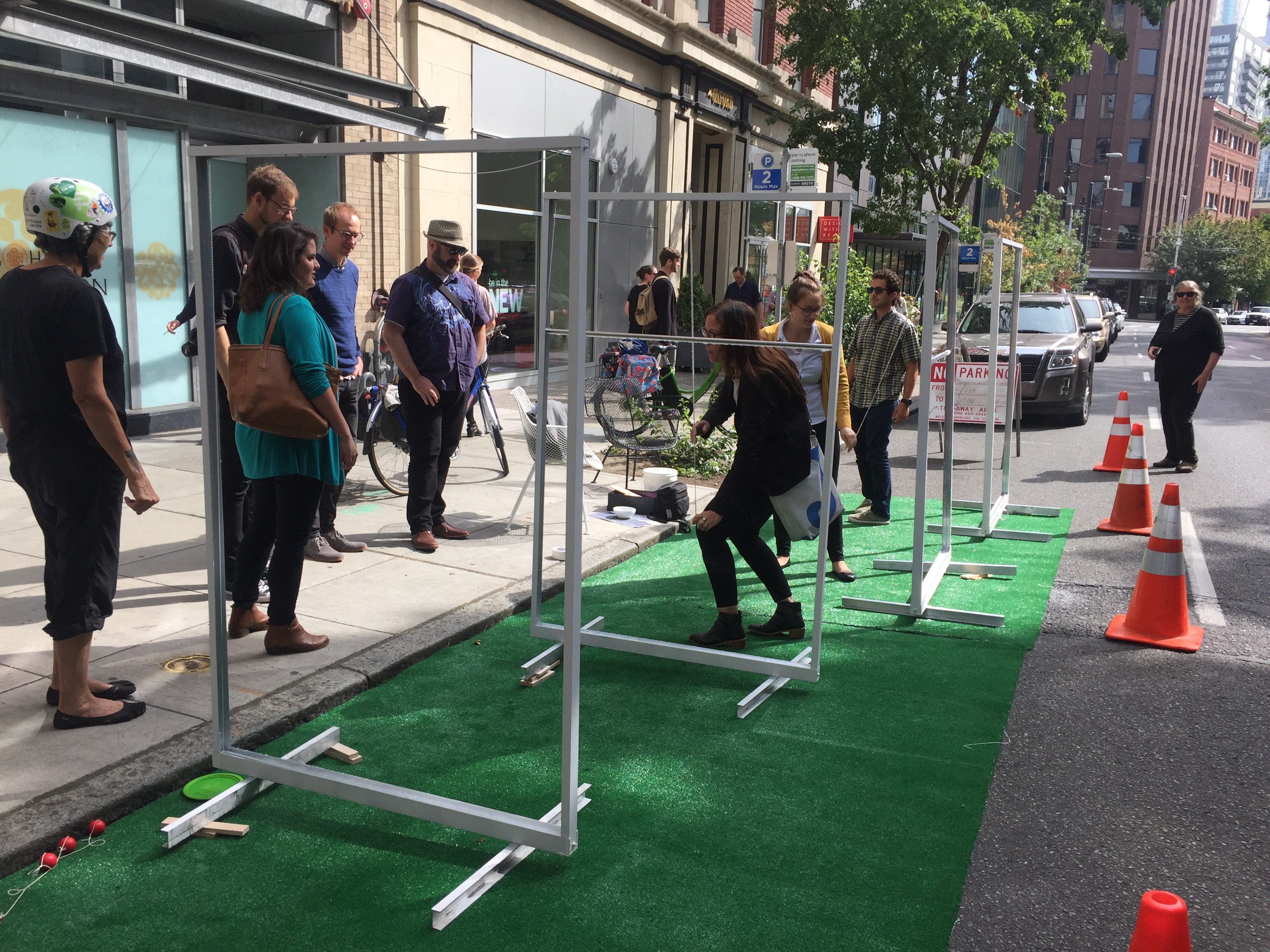 So much fringe at 1st/Stewart, by Hewitt. 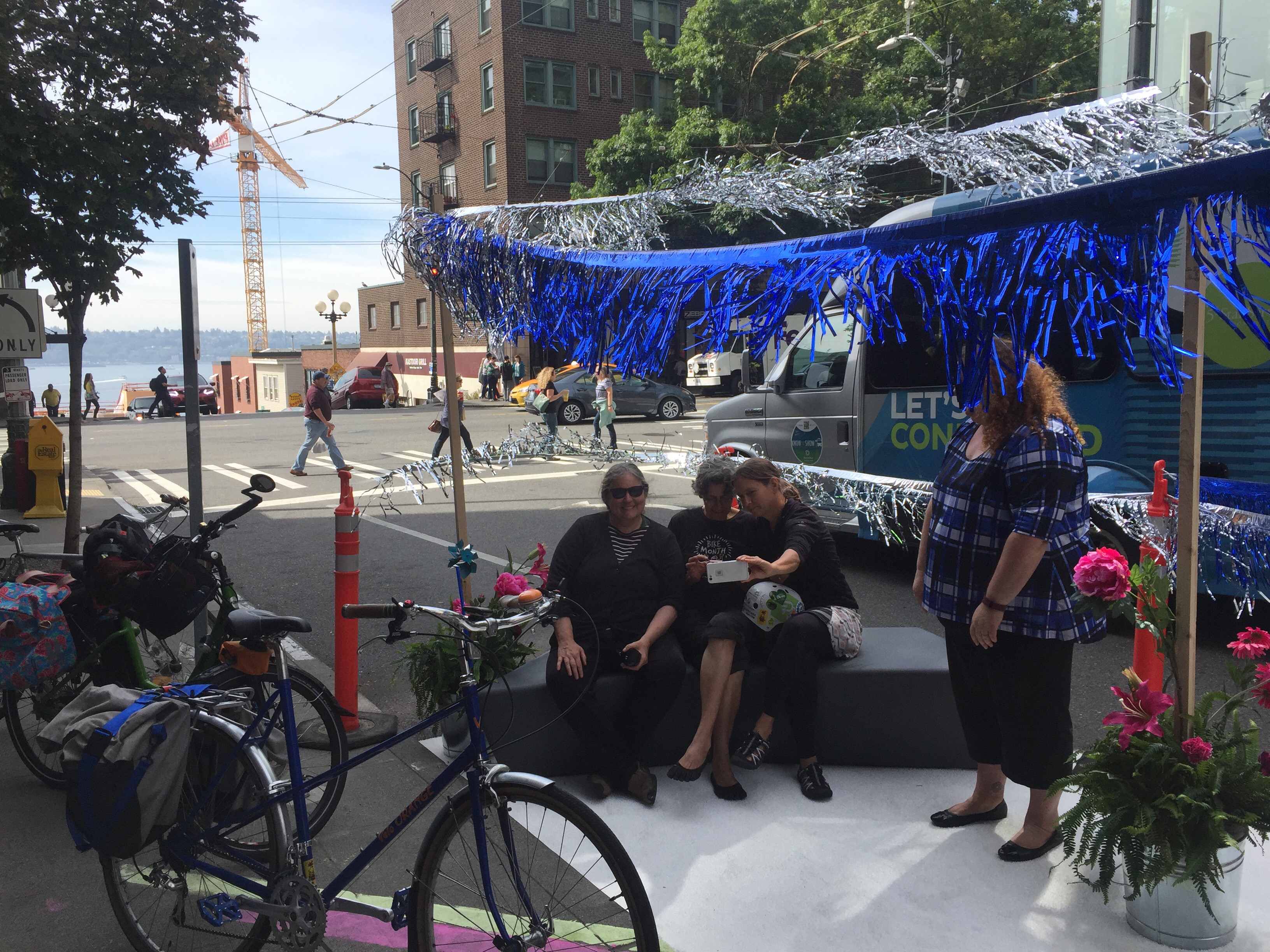 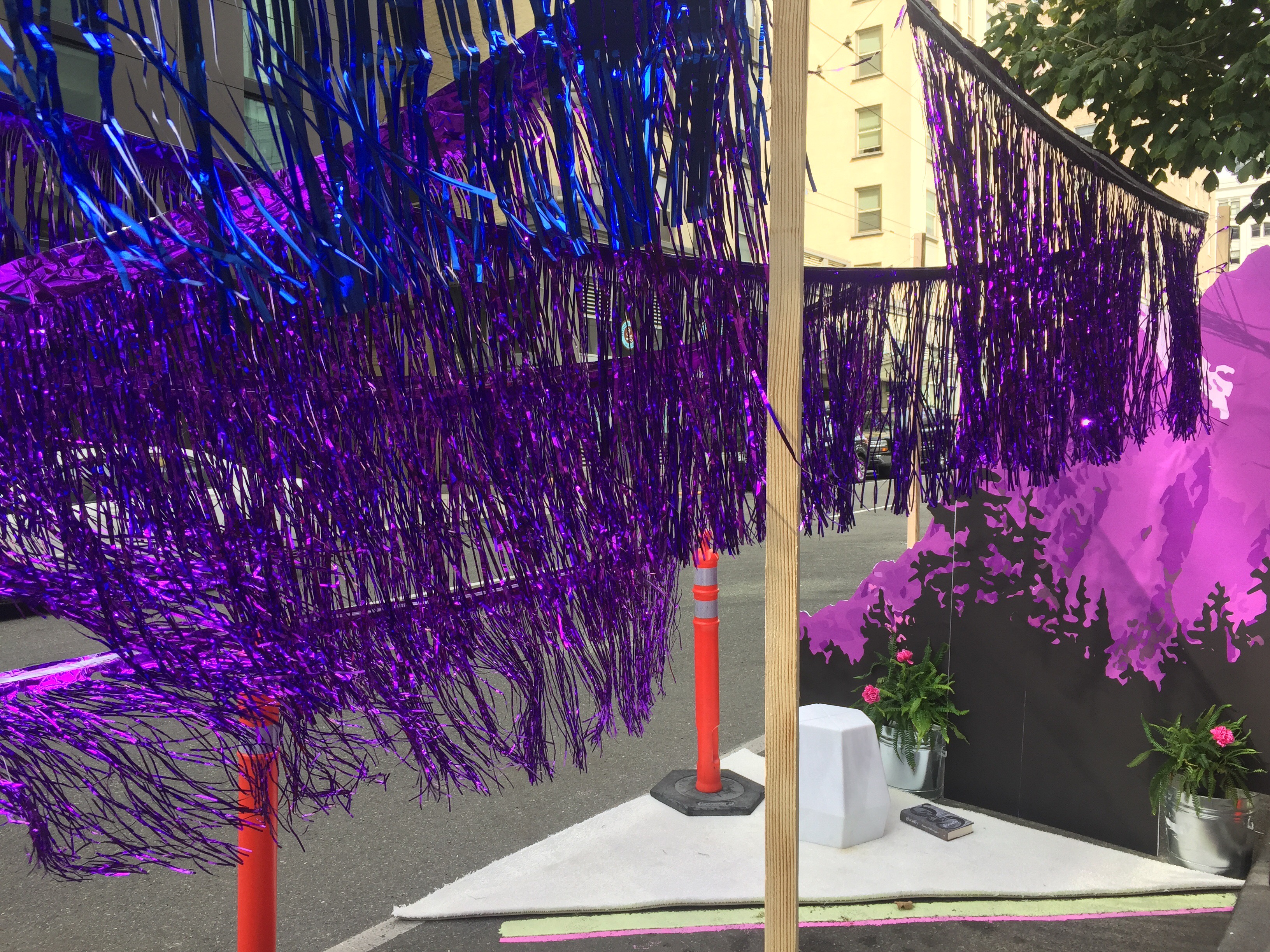 The Mayor got in on the Park(ing) Day action at 1st/Seneca. Kids playing on First Ave! How cool is that? 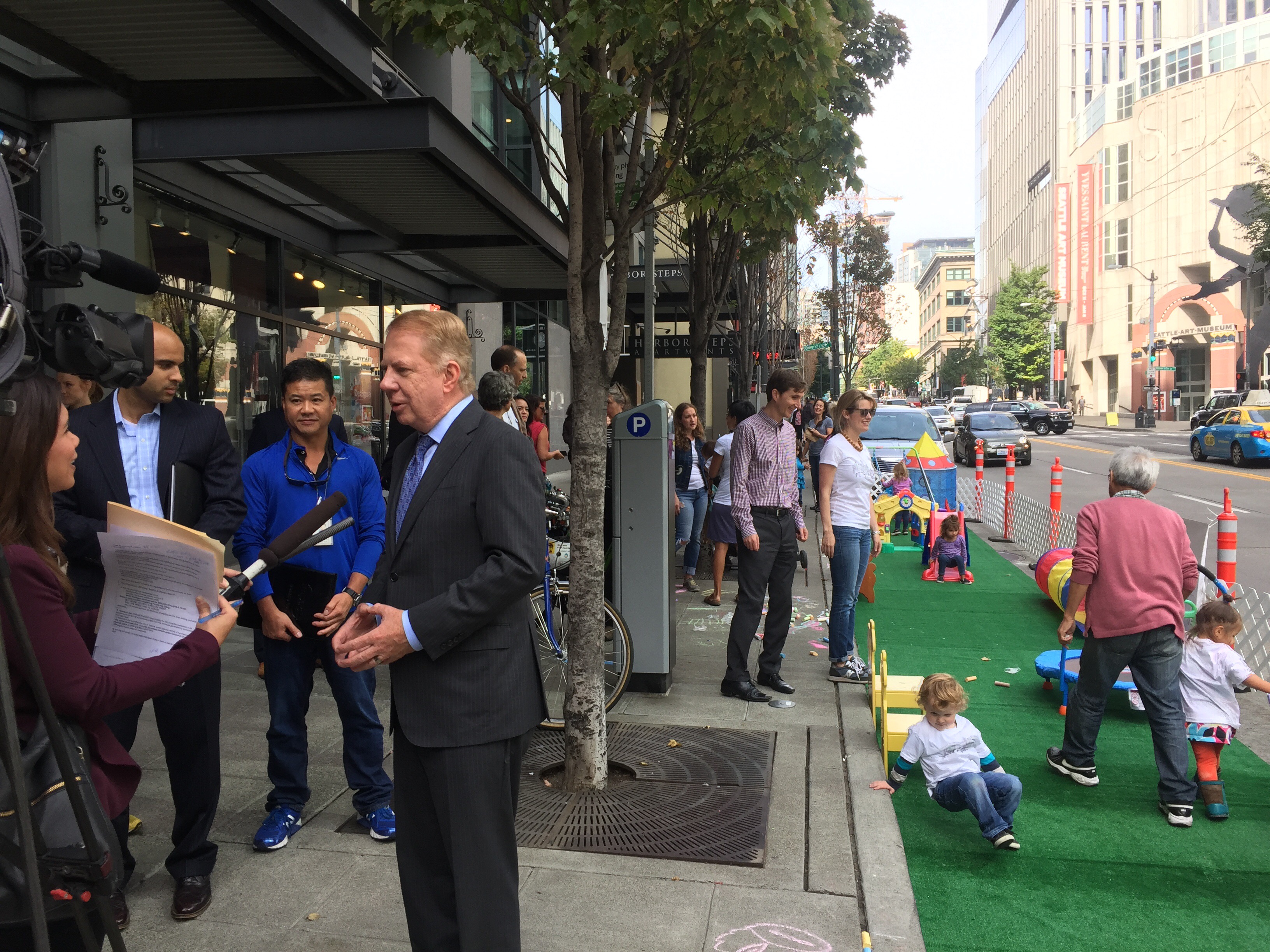 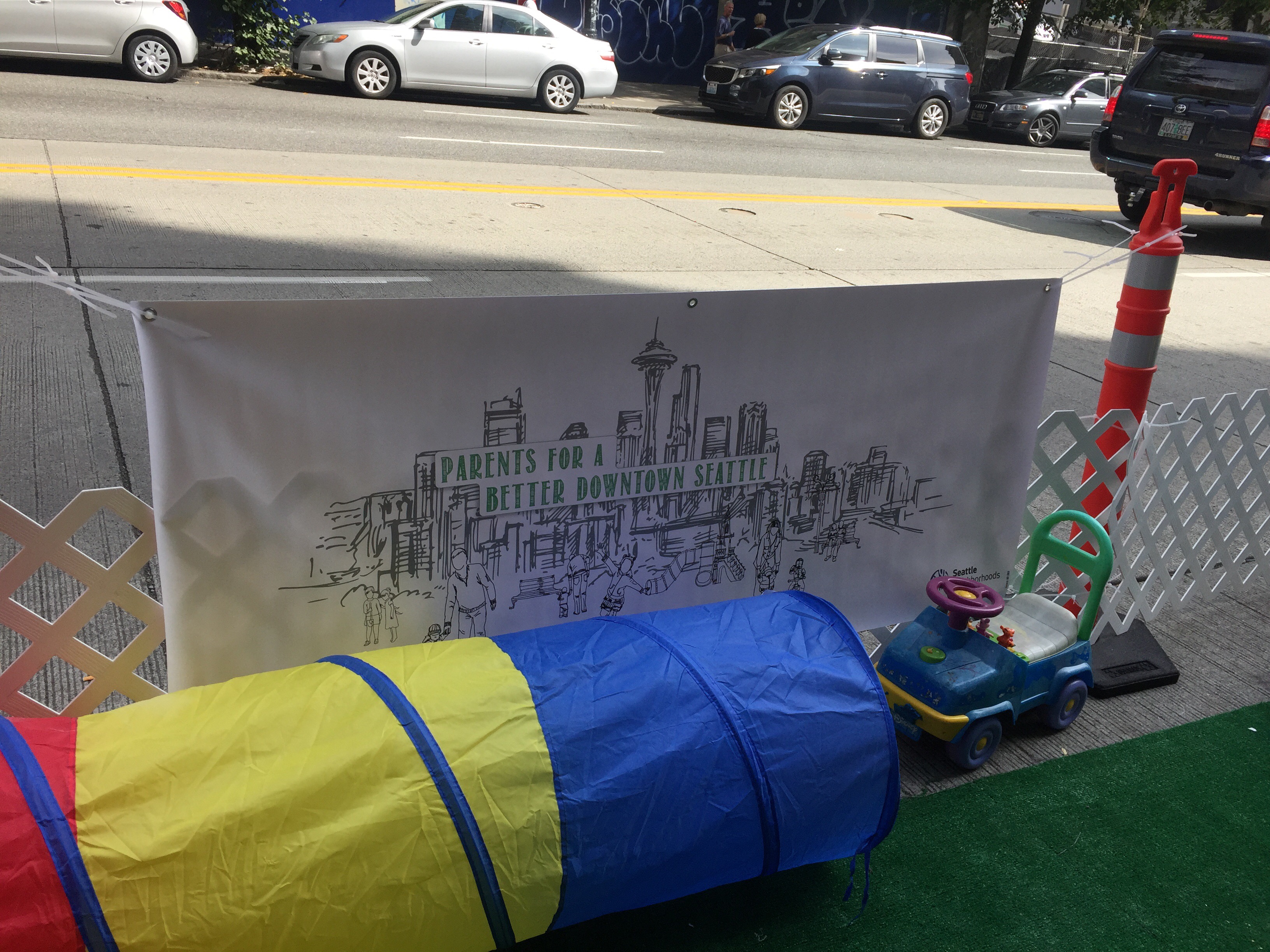 Art at 1st/Seneca by MG. 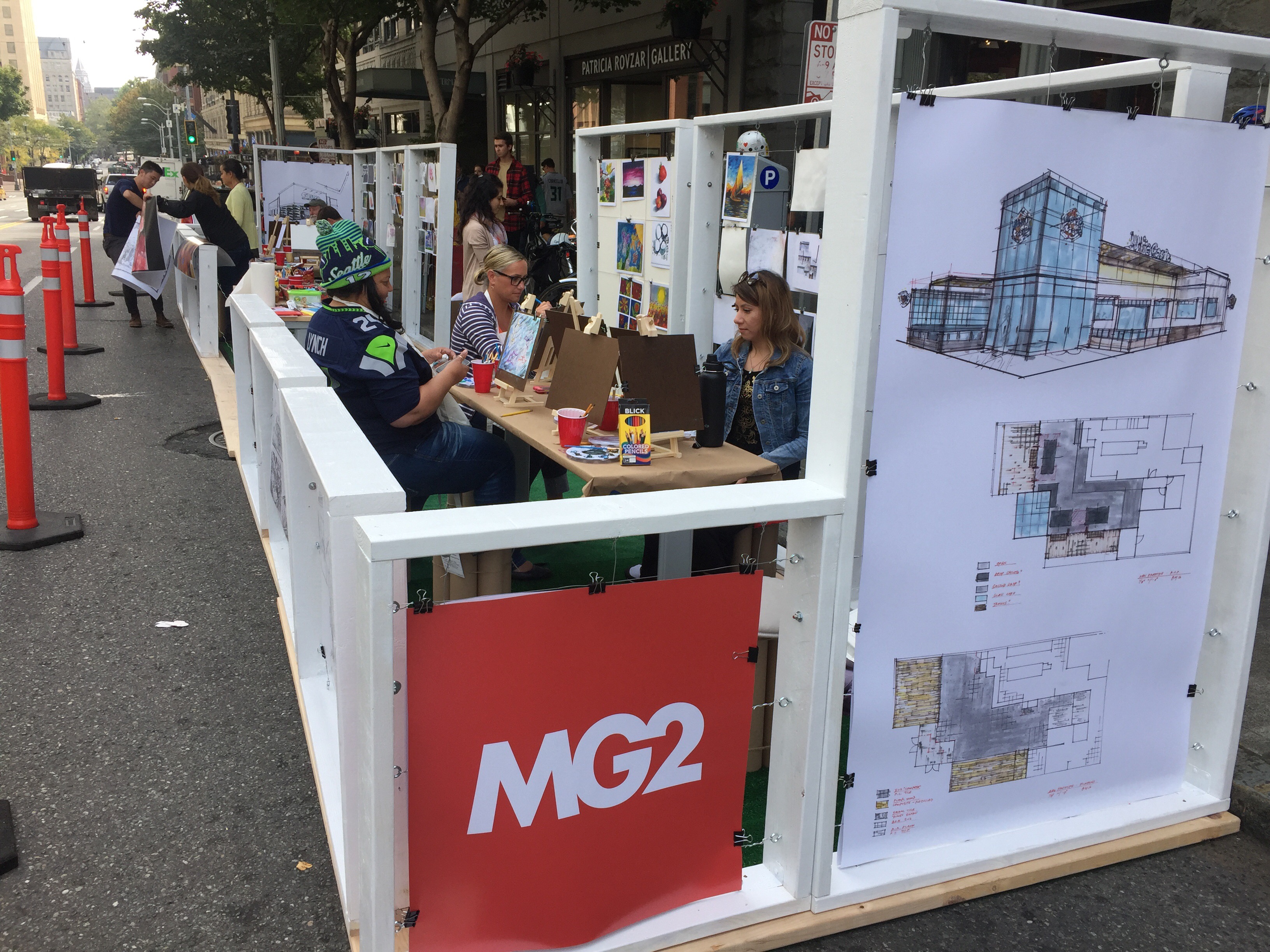 Make your own parkletlet with Mithūn and the Center for Architecture and Design at Western/Seneca. 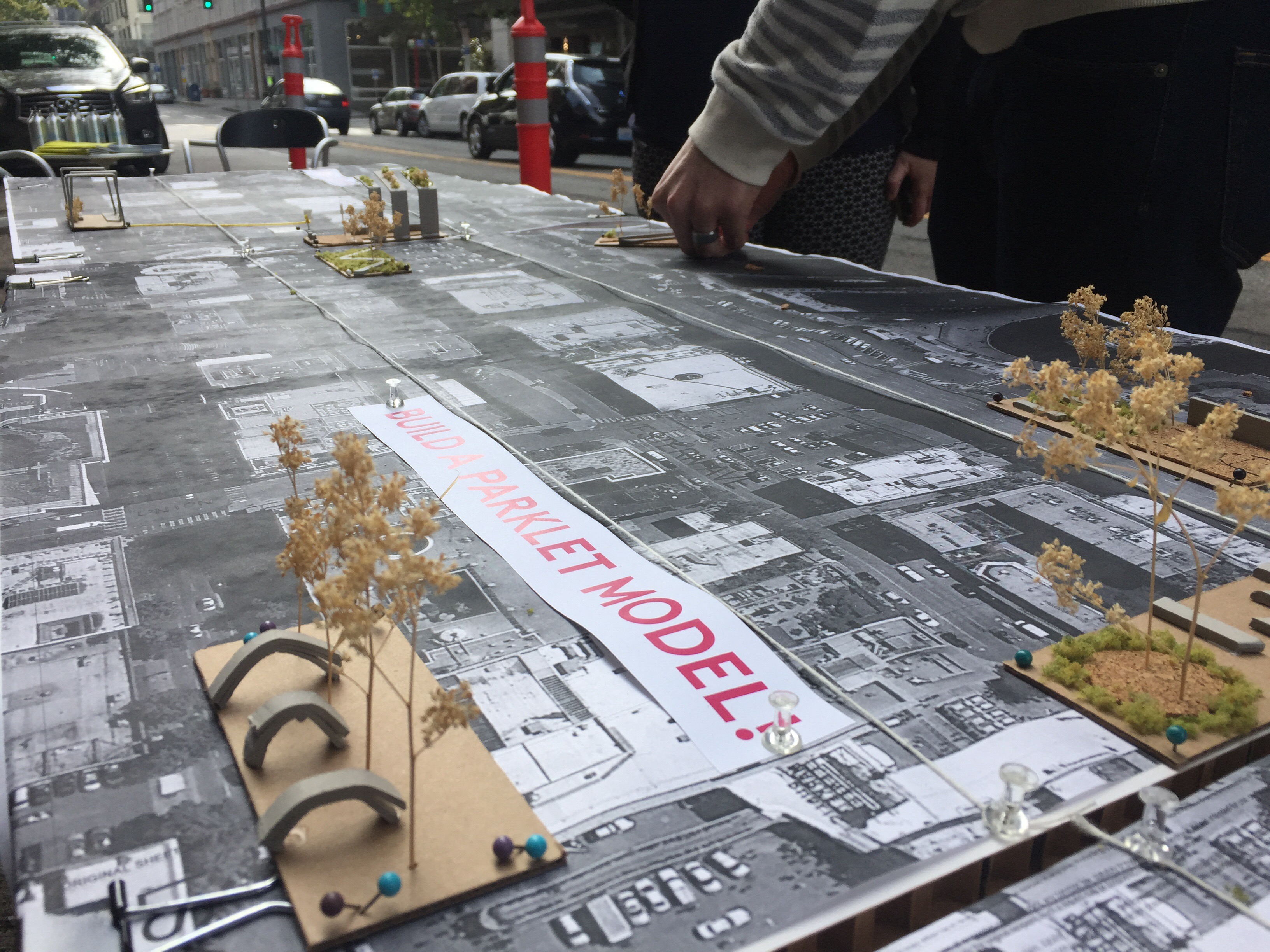 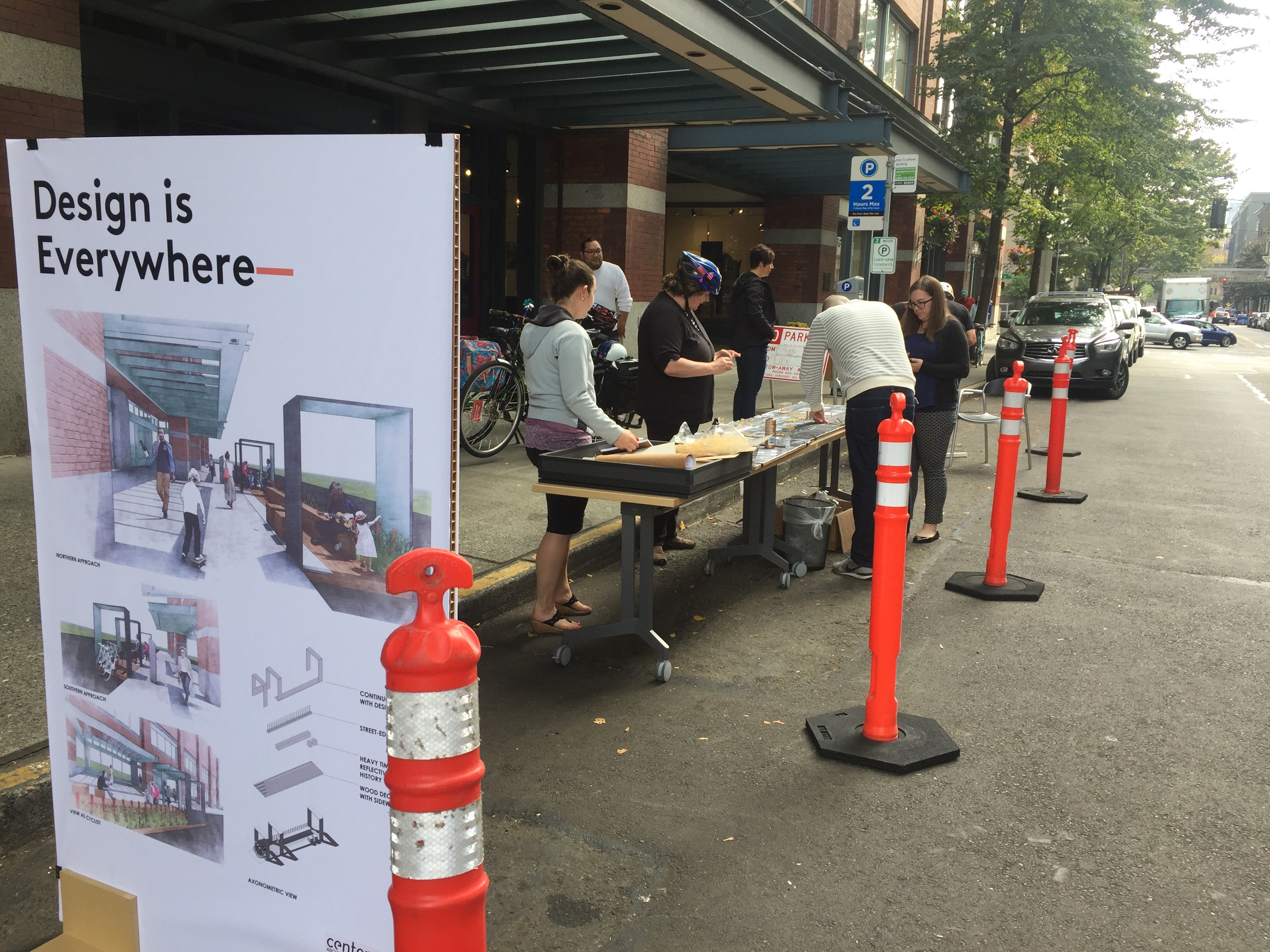 This wild Place park was a hit. 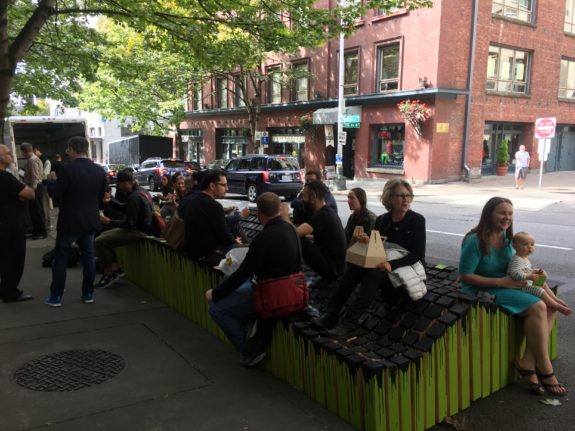 Founder and Editor of Seattle Bike Blog.
View all posts by Tom Fucoloro →
This entry was posted in news and tagged park(ing) day, park(ing) day 2016. Bookmark the permalink.