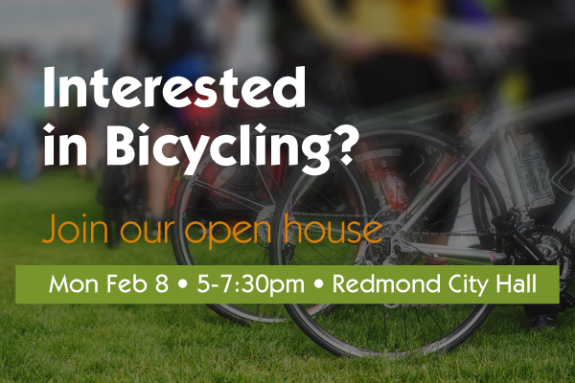 Apologies for the late notice, but Redmond is hosting an open house tonight (Monday) to get feedback on the city’s Bicycle Strategic Plan.

Feedback at the meeting will help “generate at least 2 different investment scenarios,” according to the meeting details. The open house goes from 5 – 7:30 p.m. at Redmond City Hall.

Redmond has done some great work in recent years expanding its biking and walking trail system, including the excellent Central Connector. The first phase of the trail opened in 2013, and the second phase should begin construction soon.

But there are still many missing links and dangerous streets in the city that limit bike access and comfort, so there is a lot more work to do. Help encourage the city to be bold and innovative.

Details from the City of Redmond:

The City of Redmond is seeking your feedback on the Bicycle Strategic Plan to help determine which bicycle improvements to build in the next six to ten-years.

Your input at the open house will then be used to generate at least 2 different investment scenarios.  These results will be presented at a second open house (date TBD) where additional feedback will be gathered.