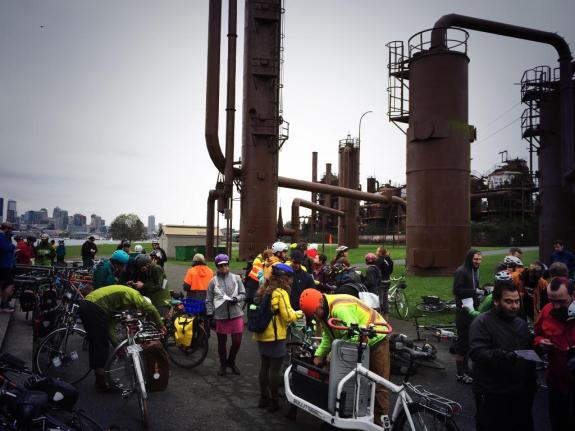 Big thanks to everyone who came out for the ride, and thanks to Rainier Valley Food Bank for all they do to help families put food on their tables. In the past week, RVFB has served 1,391 people, including a record-breaking day November 19. While need tends to peak around the holidays, RVFB serves people all year round. Learn more on their website if you are interested in helping out or volunteering.

Seattle Bike Blog has organized the Seattle Cranksgiving for the past five years, but similar rides also happen in more than 60 cities across the country. The idea continues to spread and grow, and this year the Today show hosts participated in a handful of cities. So maybe next year there will be even more Cranksgiving rides, especially in West Coast cities where efforts have been slower to get going than on the East Coast where it started in the late 90s.

Seattle’s Cranksgiving 2014 started at Gas Works Park and ended at the Royal Room in Columbia City. You can see the full manifest with the list of items, grocery sellers and other challenges riders had to complete on the bike ride scavenger hunt.

Big thanks to the Royal Room for being a great after party venue and providing coffee, drinks and food after a long day of biking. It was not rare for riders to go more than 25 miles during the course of the ride, all while carrying more and more groceries.

Below are some scenes from the ride. See you all next Cranksgiving! 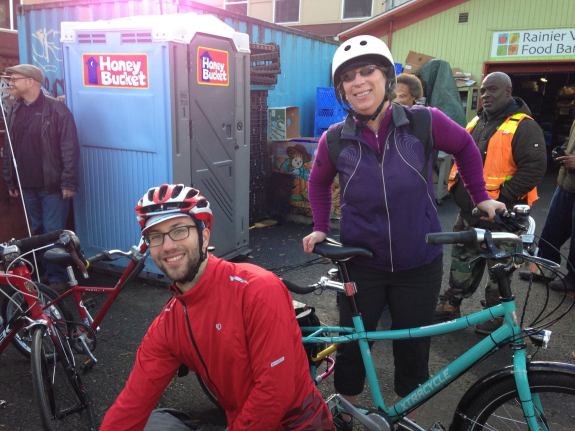 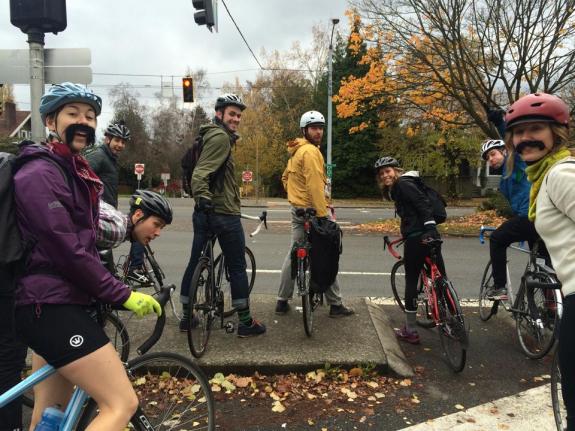 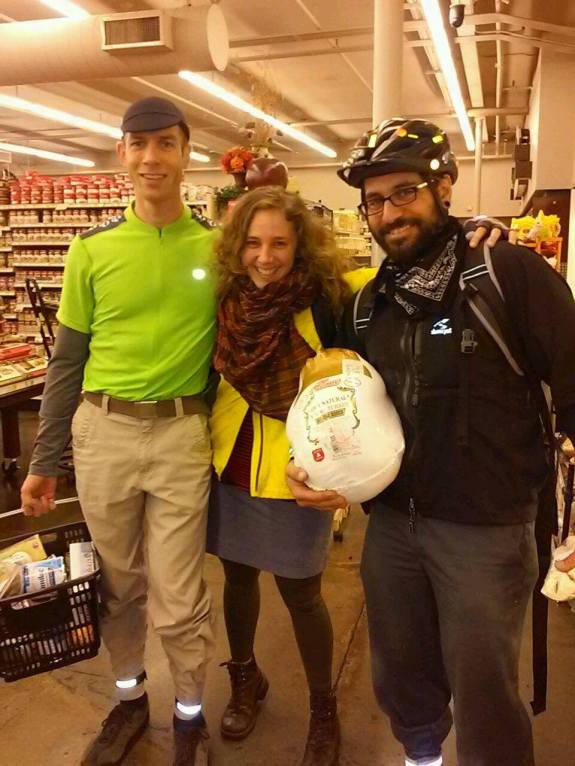 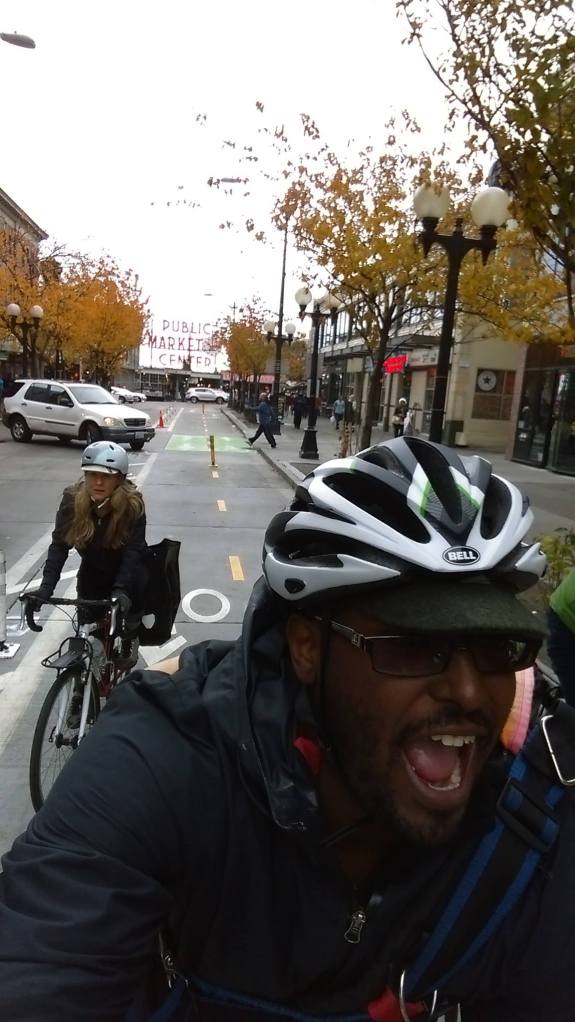 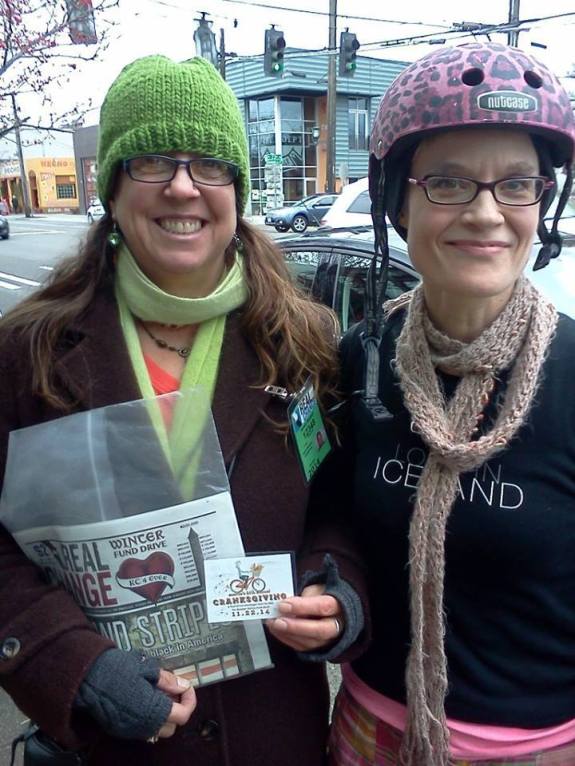 Washington Bikes also put some notes and photos from the ride together via Storify.

And, finally, here’s the manifest: 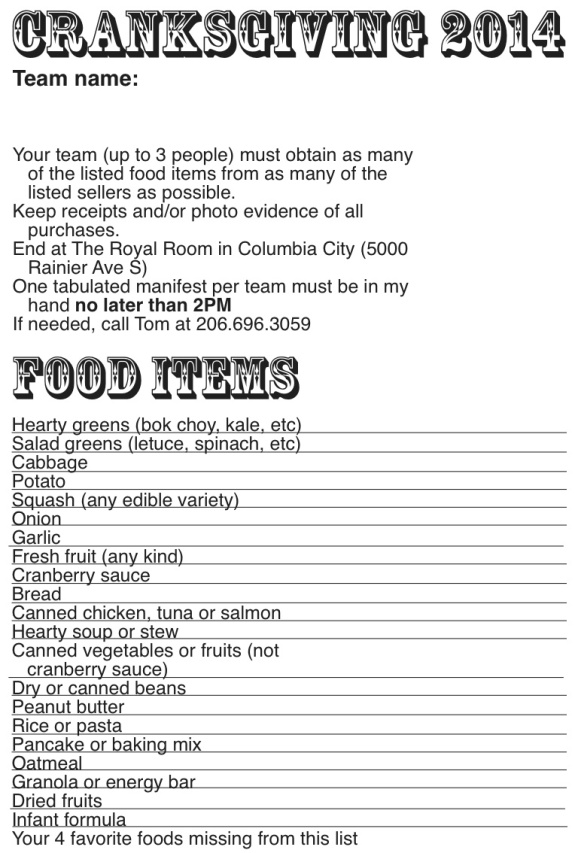 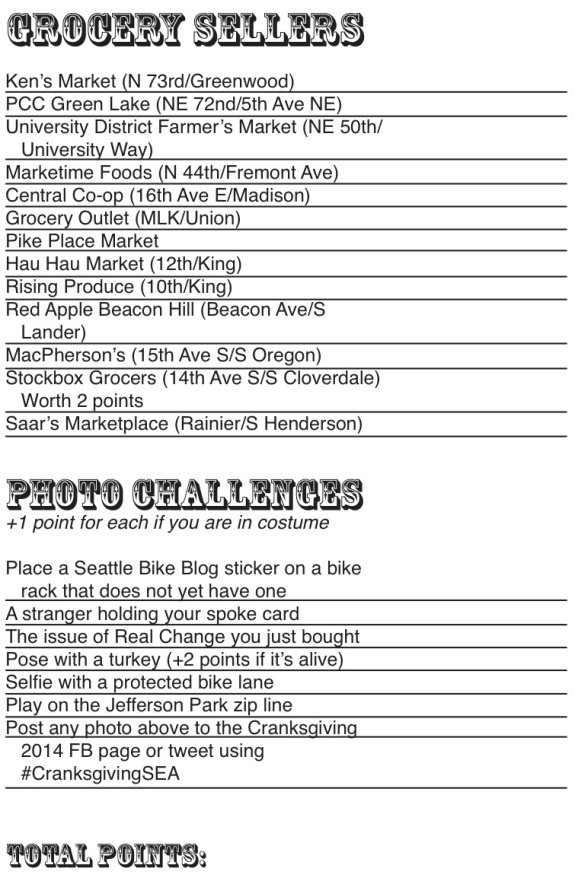 This entry was posted in news and tagged cranksgiving, cranksgiving 2014. Bookmark the permalink.