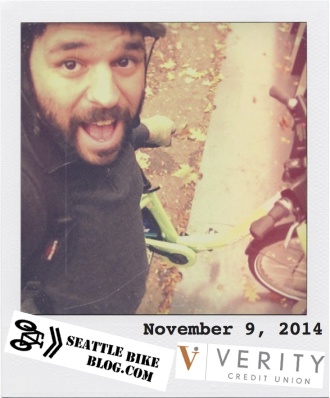 The forecast was ominous, but as soon as #ILookGoodOnAPronto kicked off, the sun came out.

17 people then set out for a scavenger hunt using only bike share bikes and public transit. It may have been Seattle’s first alleycat race where people were not allowed to use their own bikes.

Thanks everyone who joined us, and thanks to Verity Credit Union for sponsoring the event. Thanks also to Pronto Cycle Share for donating prizes and, of course, for providing the bikes.

Riders had to post photos from each stop to get credit, and below are some of my favorite photos from the event.

Atom pretty much cheated by going off track to the Donut Cat stand, easily locking up the prize for cutest photo.

#Ilookgoodonapronto Is that a stranger ringing my bell? Gave them brunch recommendations :) good trade! pic.twitter.com/wBluIix8Py 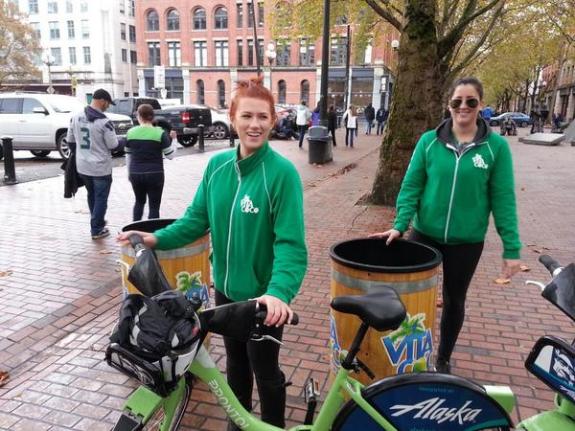 One of the challenges was to get a photo of a stranger ringing your bike bell. Because scavenger hunts are supposed to include at least some awkward interactions with strangers, right?

And, of course, no alleycat would be complete without defacing property with Seattle Bike Blog promotional materials! 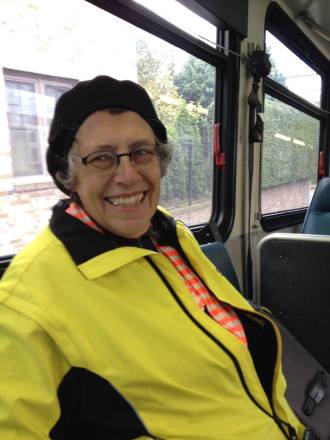 Merlin on a bus. By Demi 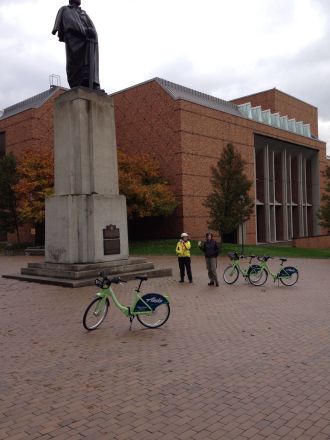 #ilookgoodonapronto #scavengerhunt #seattle #bikehappy Beautiful Sunday on #CapitolHill. Thanks, @seabikeblog for the invite to adventure. 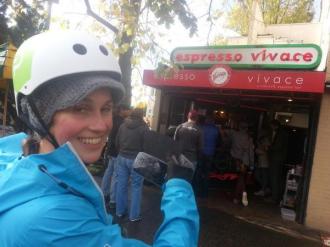 Thanks again to everyone who joined the ride! And thanks to Pike Brewing for being awesome and reserving us space for the after party!

Below is the manifest in case you’re curious what folks had to do or in case you want to organize a bike share scavenger hunt in your town. 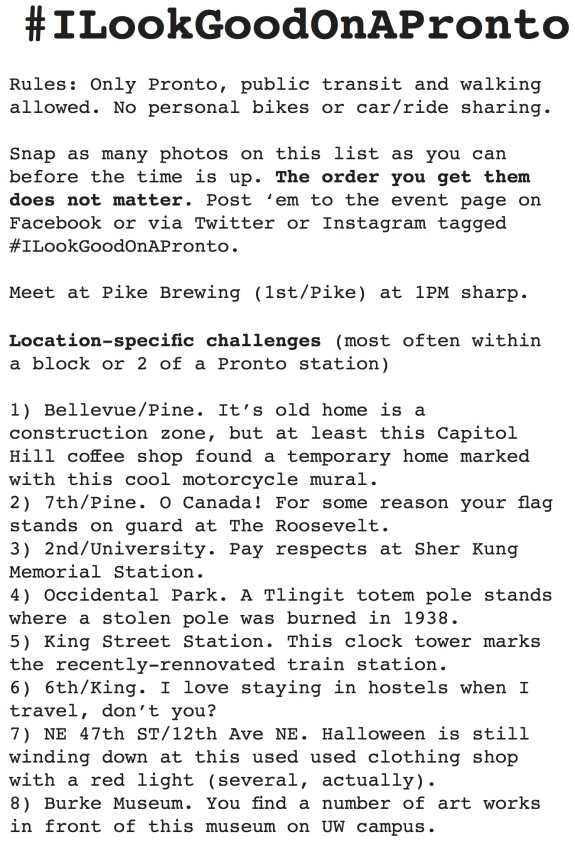 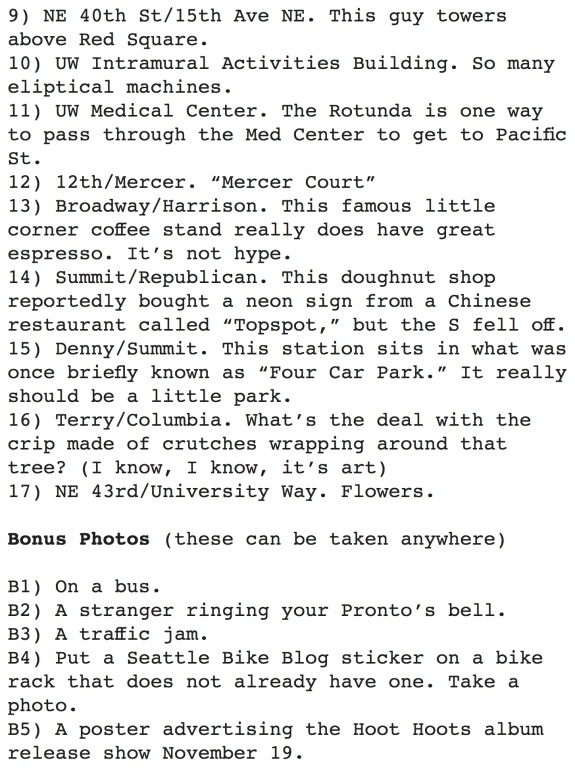