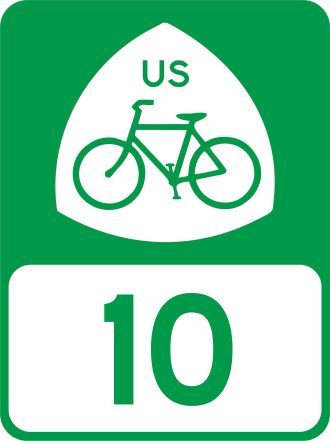 If you are looking to be part of Washington State bicycling history and enjoy a downtown car-free party, then you are gonna want to get up to Anacortes Sunday.

Washington Bikes and WSDOT will be celebrating the grand opening of US Bicycle Route 10, the first national bike route to reach the West Coast (of the lower 48, anyway).

The ribbon cutting will happen at 1 p.m. Sunday in downtown Anacortes as part of Anacortes Open Streets.

As we reported previously, the route gained approval this spring thanks to the tireless work of WA Bikes volunteers and board members. The route crosses the state mostly following the SR 20 corridor to the Idaho border.

Though there are existing routes on the East Coast and in the Midwest, USBR 10 is the first official route in the lower 48 states west of Minnesota. Alaska and Hawaii also have routes.

It’s official! US Bicycle Route 10 has been approved as Washington state’s first route in the nationwide US Bicycle Route System and we’re holding a ribbon-cutting ceremony this Sunday, September 14 at 1 pm in Anacortes.

USBR 10 is a 407-mile bike route following the SR 20 corridor from Anacortes to Newport at the Idaho border. It climbs and coasts six mountain passes in between. The USBR 10 interstate route will eventually connect all the northern tier states, linking Washington state to Maine and running from the Pacific to the Atlantic Ocean.

Nationally, Adventure Cycling Association is managing the endeavor to create over 50,000 miles of interstate bike routes. Washington Bikes, in partnership with Washington State DOT, is coordinating the USBRS effort in our state.

More details on Anacortes Open Streets, which sounds like a blast: 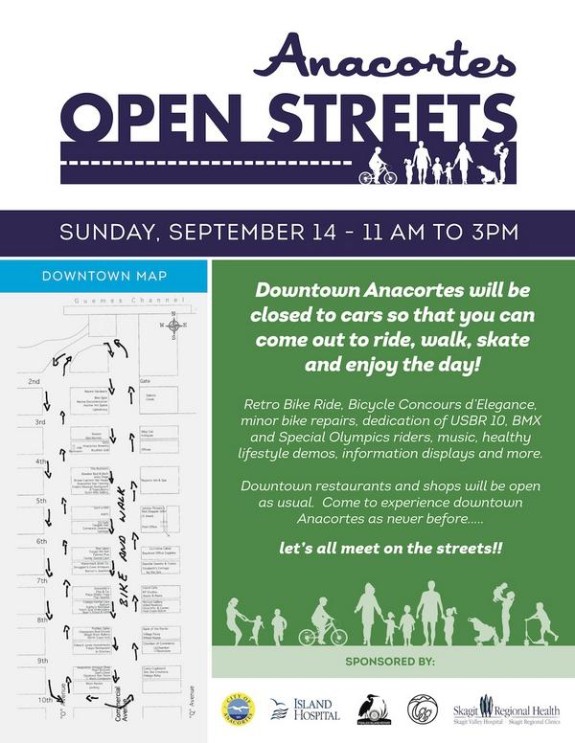 Below is the USBR map as it exists today. Come on western America, let’s get add more lines! 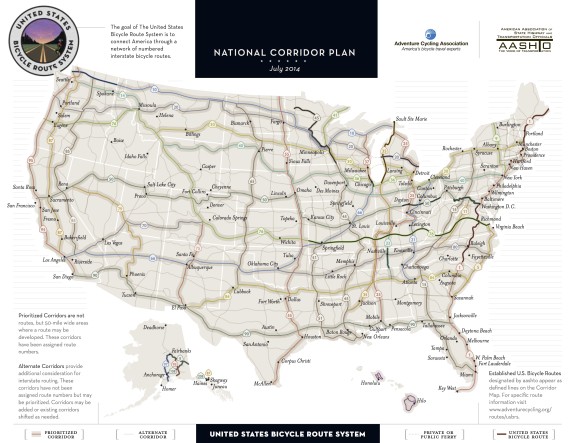