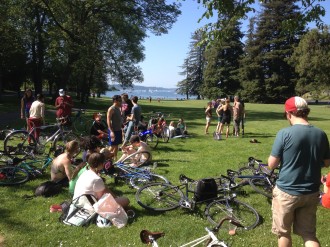 At the finish, eating ice cream in the sunshine

Big thanks to everyone who biked and ate ice cream with us for Bicycle Sundae! 46 people registered for the scavenger hunt bike ride, which toured some of the city’s many great ice cream, gelato and frozen yogurt shops.

Riders were given a list of clues and had to figure out which shop to go to and how to get there. Some shops had free ice cream for riders, which is basically the bike version of stopping at a fueling station. Mmmmm delicious fuel…

Big thanks to Bicycle Benefits, which helped organize and host the ride. Thanks to Verity Credit Union, which sponsored the event, and all the shops along the way for hosting riders: Full Tilt shops in Ballard, U District and Columbia City, Sirena Gelato, Old School Frozen Custard, Bluebird Ice Cream, Ben & Jerry’s, Menchie’s Frozen Yogurt and Six Strawberries. All the shops have everyday Bicycle Benefits deals. Here’s a map of all the Seattle businesses that offer deals.

Below are some of the riders’ photos posted via Facebook and Twitter. We’ll have to do this again some time! Stay tuned for more Seattle Bike Blog events coming up. 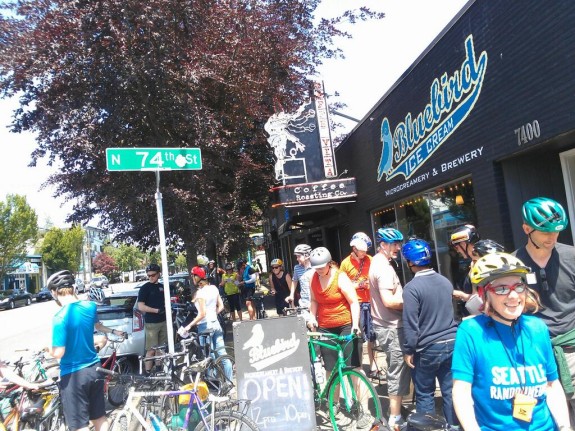 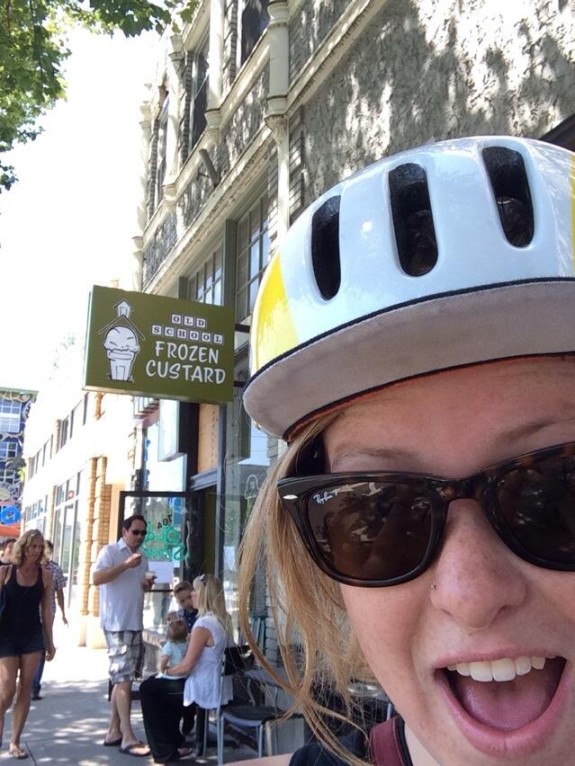 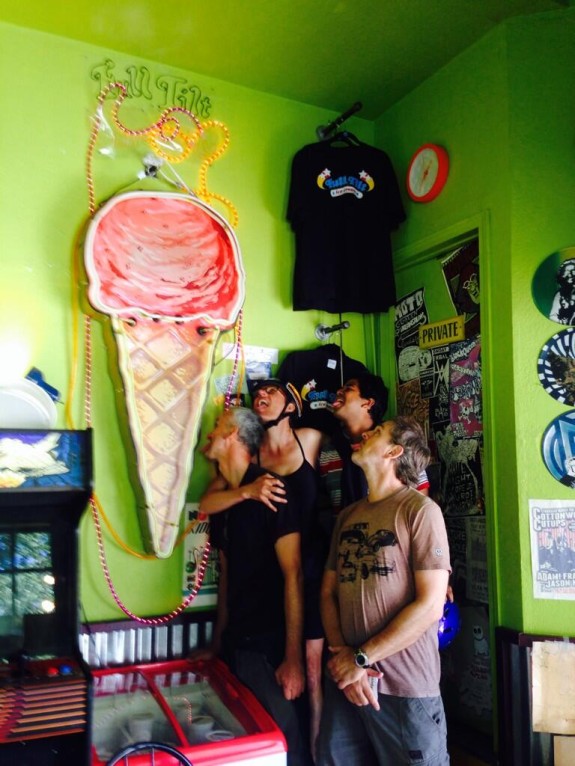 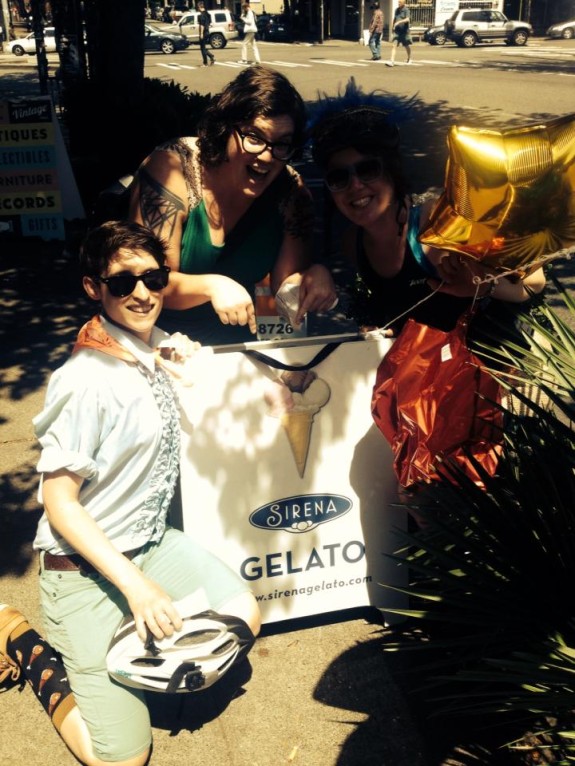 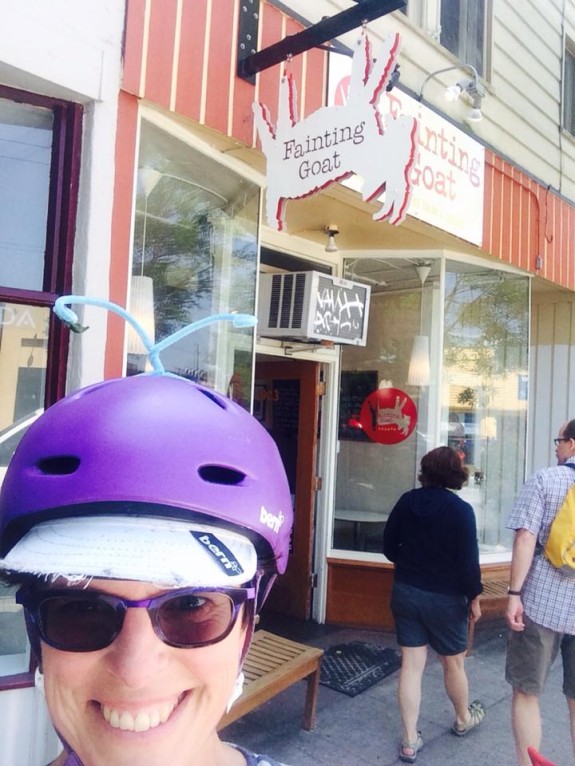 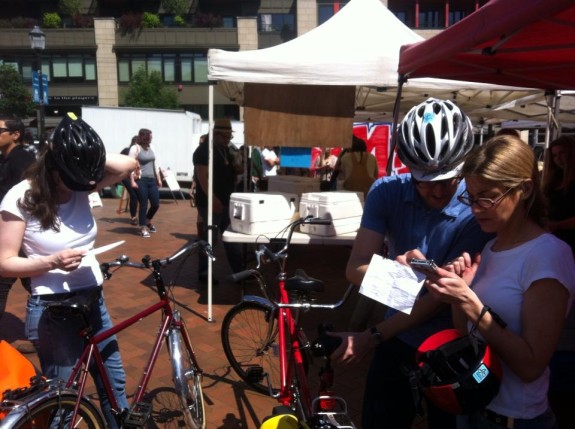 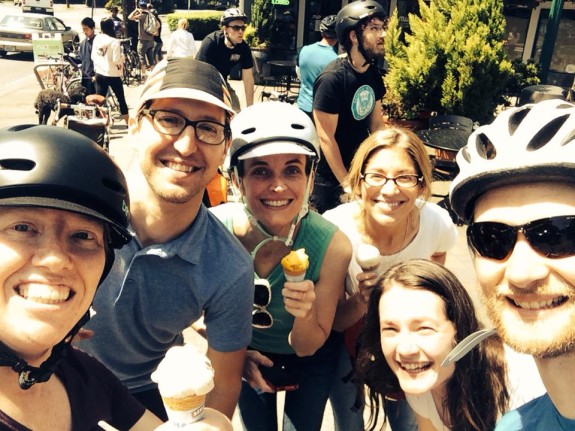 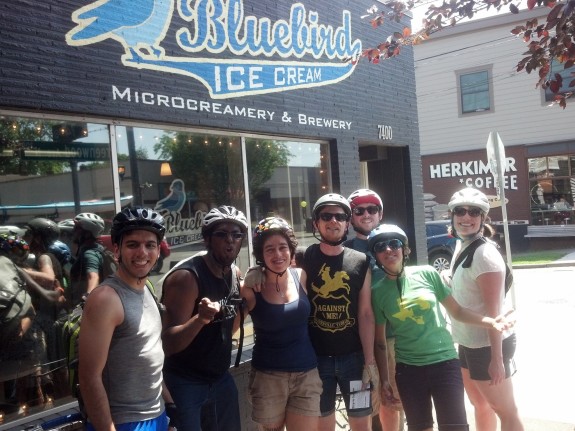 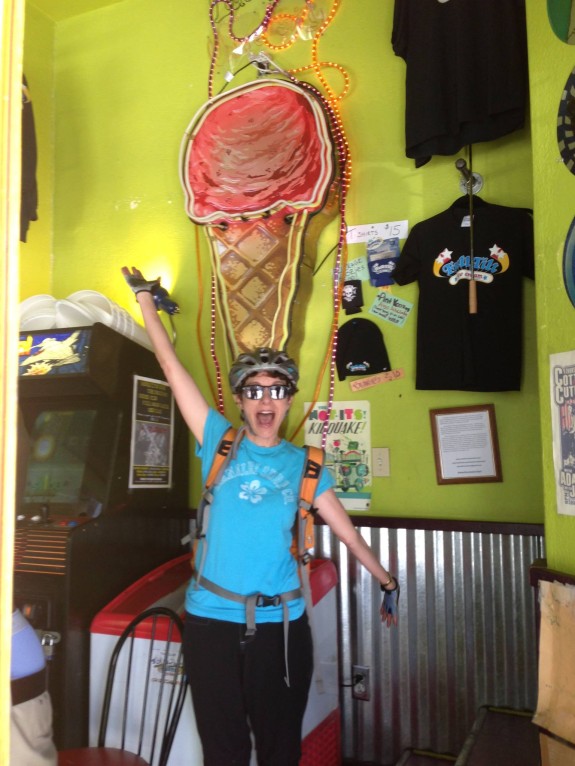 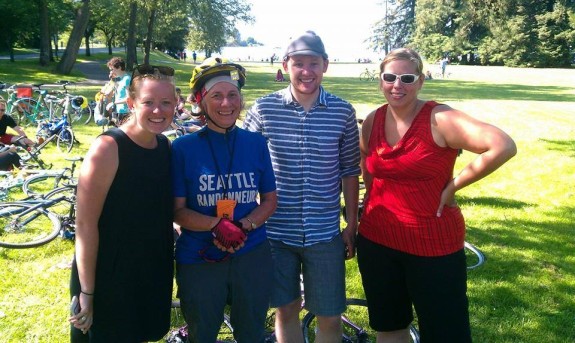 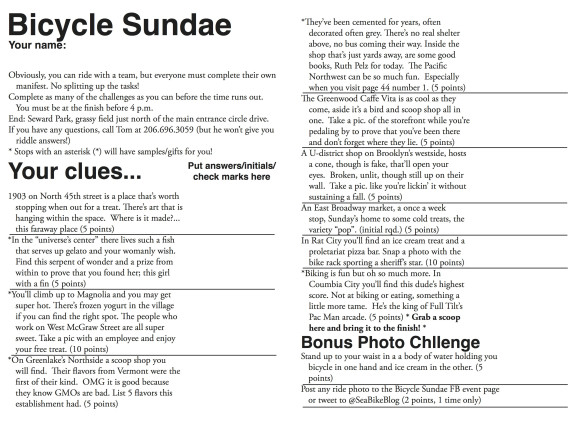 Founder and Editor of Seattle Bike Blog.
View all posts by Tom Fucoloro →
This entry was posted in news and tagged bicycle sundae, bicycle sunday, events. Bookmark the permalink.

14 Responses to Scenes from Bicycle Sundae