Traffic violence is not a war, it’s a horrifying disease 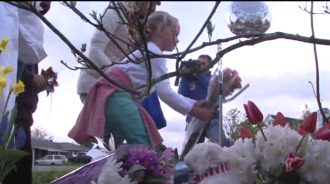 Sometimes, the immense scale of traffic violence overwhelms me. Every single death or life-long injury that happens on our streets happens to somebody’s neighbor, somebody’s friend, somebody’s family member. And every once in a while, it strikes close to our own homes.

During a well-attended community workshop during the early stages of the city’s Road Safety Summit a few years ago, somebody asked the packed room of people in City Hall to raise their hand if they, a close friend or family member had ever been in a serious traffic collision. Nearly every hand in the room went up.

The death and destruction wrought by traffic violence comes in many forms, but most of it is preventable. Poor decisions made by reasonable and mostly responsible people are amplified through the roof by dangerous streets that encourage casual speeding and a lack of concern and awareness of others, whether they are driving, biking or walking. What was a simple drive to the grocery store or to work can turn into a gory, terrifying scene. The result can devastate an entire family and community.

More than 32,000 people die every year in traffic collisions in the United States. This makes traffic violence a leading cause of death. Serious, often life-long injuries are much more common than deaths. If there really were a “war” on the roads, as sensationalizing reporters love to phrase it, the number of annual US casualties would be measured in the hundreds of thousands.

But there is no war. A war requires opposing sides and at least some kind of endgame. Traffic violence is much more like a disease than a war. Though it does affect elderly, young and low-income populations disproportionately, nobody is immune.

It doesn’t have to be this way. Like many diseases, we have treatments and cures. We have an obligation as a society to implement known solutions and to continue researching and trying new treatments. What could be more important than protecting the lives of our neighbors?

Sometimes, traffic violence is just violence. The perpetrators are criminals who use cars as a weapon. They deserve be treated as criminals. But they are only a very small part of the traffic violence scourge.

The bulk of traffic violence happens at the hands of people who would never choose to hurt a fellow stranger passing by, let alone kill them. Just like the victims, the people behind the wheel are often our friends, neighbors, sisters and fathers. While people deserve to be held responsible for their traffic errors, the fact that we have created a traffic system where reasonable, caring people can so easily kill other reasonable, caring people suggests that we need to change our traffic system.

Complete streets may not stop the maniac road rager who fires a gun at someone on I-5, but they can prevent people’s small traffic errors from turning into a tragedy. That’s why complete streets and quality alternatives to driving are worth every penny we can invest.

Radio shock jocks and other reporters seeking to stir controversy love to phrase traffic friction and investments in safe streets as some kind of personal battle between “bicyclists” and “drivers” and “pedestrians,” etc. But that’s a pointless and distracting conversation to have. One in four Seattle adults rides a bike at some point every year. And most people who bike also drive at some point every year. And everyone is a “pedestrian.” 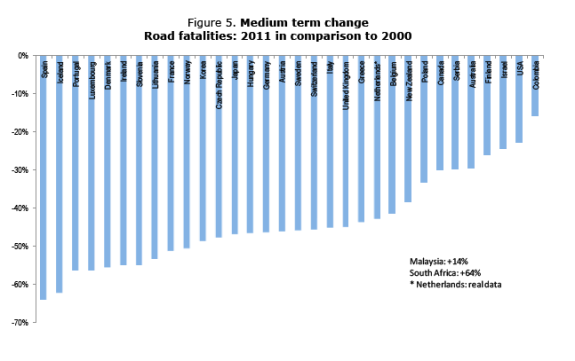 Cars are inherently dangerous. They weigh a lot and can move quickly. That is not a personal attack on the great many people who choose to drive or need to drive, it’s physics. But countries and cities that have embraced complete streets and complete approach to traffic education have been able to dramatically reduce the scale of traffic violence without getting rid of cars.

These cities and countries didn’t cast a magic spell, and they don’t have some kind of genetic predisposition to resist traffic violence (in 1975, streets in the Netherlands were 20 percent more dangerous than streets in the US. Today they are 40 percent safer). They made smart changes to their streets and traffic systems. They invested in complete streets and complete traffic education. We didn’t. They invested in providing quality alternatives to driving. We didn’t. They got results. We didn’t.

Below is just a snapshot of some devastating, scary and sometimes depressing stories about traffic violence just in the past couple weeks. This is not an exhaustive list of traffic injuries, deaths and close calls, just a sample of stories that made it into the news. Most of it happened in or near Seattle, close enough that the victims and those responsible could be your neighbors or loved ones. The people in these stories are as real as you or me.

We cannot ignore the cost that our traffic system puts on us. We have the tools to make our streets safer, we just have to stop fearing change and put our weight behind them. Because the status quo is horrifying.

This entry was posted in news and tagged deaths, traffic violence. Bookmark the permalink.

6 Responses to Traffic violence is not a war, it’s a horrifying disease