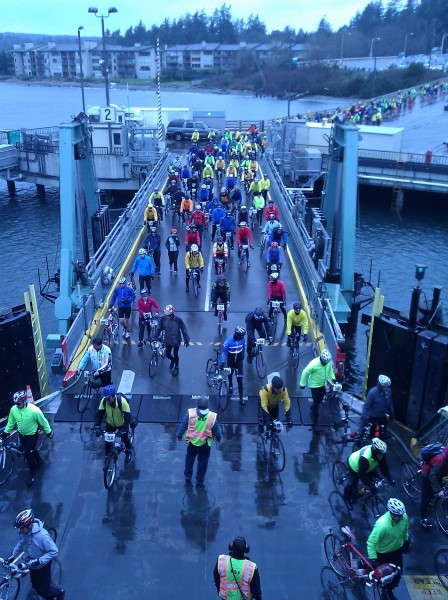 People who bike to and from Bainbridge should be ready for some changes and narrower lanes at the island’s ferry terminal starting Monday, Cascade Bicycle Club notes on its blog:

Construction will take place from 9 a.m. to 5 p.m. daily, and the lane closures will last about a month while the terminal undergoes renovations.

There have been several accidents involving bicyclists at the Bainbridge Island Terminal recently, so remember to be extra cautious and take it slow when boarding and disembarking.

Ferry folks urge people on bikes to use the bike lanes whenever possible, and not just for safety. I have often wondered why the bike lane heading to the ferry goes all the way around the line of often empty toll booths. Why shouldn’t I just ride through the empty toll lanes?

Because you trigger the car counter and screw up the ferry’s counts, resulting in “an administrative headache for some really nice folks,” as Cascade put it. I had no idea. So don’t take a short cut through the toll booths.

Here’s a map of the construction reroutes: 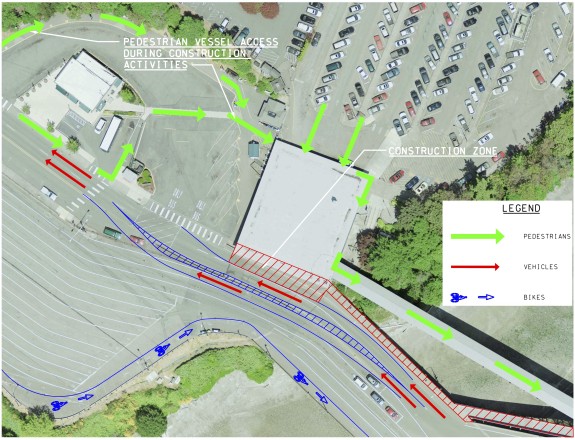 Founder and Editor of Seattle Bike Blog.
View all posts by Tom Fucoloro →
This entry was posted in news and tagged bainbridge island, construction, washington state ferries. Bookmark the permalink.