Concept images from Sound Transit and the City of Redmond 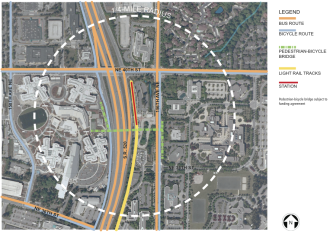 Microsoft will fund a walking and biking bridge over Highway 520, connecting the western part of their campus and the 520 Trail to the future location of the Overlake light rail station.

The software giant has agreed to contribute $33.3 million dollars toward station-related work, the majority of it going to the biking and walking bridge. The agreement, which would be the company’s largest ever expenditure on a transportation project, still needs to go to the City of Redmond and the Sound Transit Board, the Seattle Times reports.

If all goes according to schedule, the walking and biking bridge could open as soon as 2020, three years before the light rail trains begin running. But that’s just fine for Microsoft. The bridge will not only help connect people to the light rail station, but it will also help knit together the company’s already bike-loving campus. From the Times:

The bridge, to be located south of Northeast 40th Street, also would help knit together a 388-acre campus where nearly 40,000 employees work in buildings divided by a freeway, Stanton said.

This expenditure is the latest in a Puget Sound regional trend, with tech companies pitching in to help make their campuses more friendly for biking and walking. As part of a deal with the City of Seattle, Amazon will fund study and a portion of construction of protected bike lanes on 7th Ave in the Denny Triangle area.

It’s encouraging to see more and more public-private partnerships helping to accelerate biking and walking projects. After all, employees and/or customers want to walk and bike more, so it makes lots of sense for companies to help speed up needed safety and access projects. 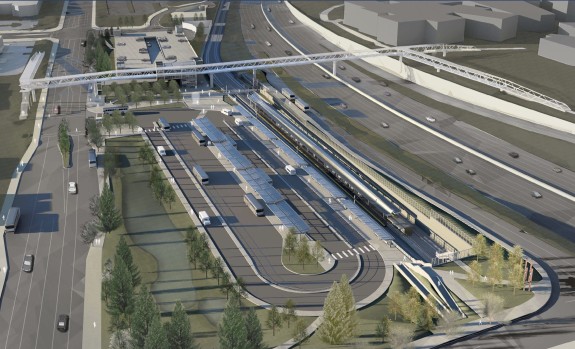 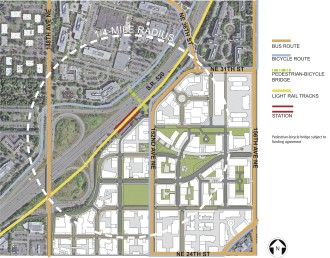 Correction: Originally, we had included the images below with the Overlake Transit Center bridge. They are in fact a separate bridge near the proposed Overlake Village Station (thanks Lee).

Microsoft has no plans to fund the Overlake Village Station bridge, but the City of Redmond is currently considering filling the $7 million budget gap to build it. The Overlake Village bridge has already received a $5 million grant through the Puget Sound Regional Council. 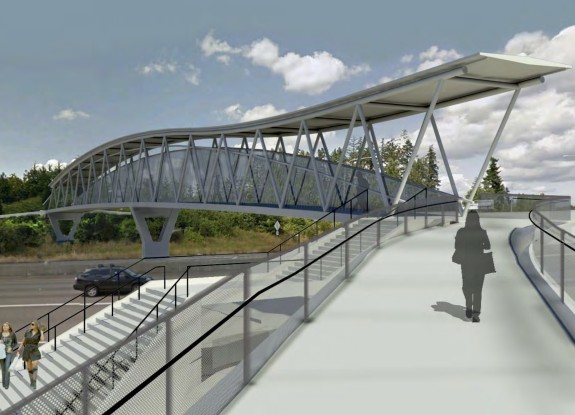