Plan ahead: Ballard Locks will have limited open hours until government starts again

The Federal government shutdown will affect a lot of people’s lives in a lot of different ways. But if you’re a bike commuter in northwest Seattle, the first sign of shutdown might look you square in the eye early Tuesday morning.

I have not yet confirmed details, but plan on the Ballard Locks being closed tomorrow and perhaps indefinitely until the Federal government shutdown ends.

When the nation neared a government shutdown in 2011, the Army Corps of Engineers sent MyBallard a list of the effects the shutdown would have on the Locks, including:

The park grounds at the Hiram M. Chittenden Locks in Ballard would be closed, including access through the park.

Ship traffic, they said, would continue but would likely move more slowly due to fewer staff.

I have not confirmed that these details are the same, but play it safe and don’t count on getting through.

If you swing by tomorrow morning and find them closed after open hours, please let me know by commenting below or by emailing [email protected]. I’d like to confirm the status ASAP so others can know.

I’ll update when I know more. 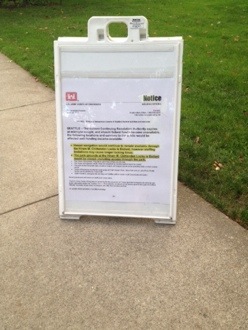 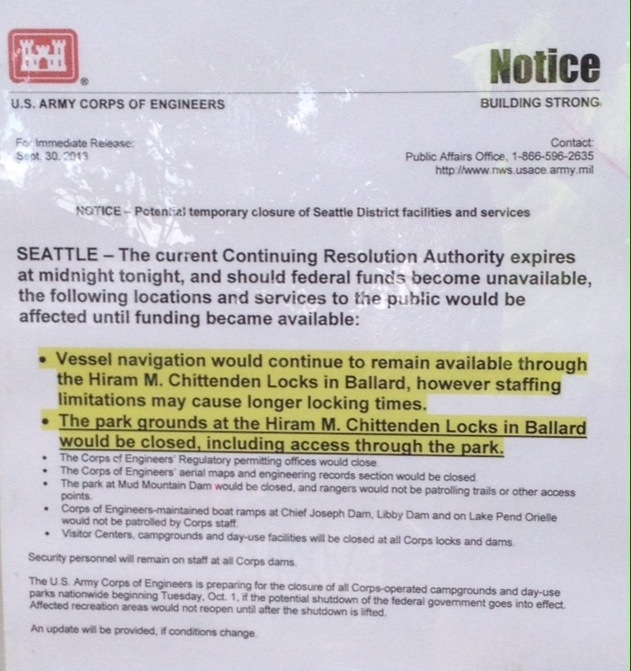 UPDATE 2: A press release from the Army Corps of Engineers says the Locks will be open for limited hours, but will close at 4 p.m. before the evening commute. Reader Brian confirmed that the park was open on his way through this morning, but don’t count on them. Details from the press release:

The park grounds at the Hiram M. Chittenden Locks in Ballard will be closed, starting at 4 p.m. today. As an example, cyclists and walkers won’t have access to or through the park beginning 4 p.m. today, nor any subsequent days until funding restoration.

To those hoping to use Ballard Locks to get from Magnolia to Ballard, remember route is closed. #shutdown pic.twitter.com/2Zpde7JIHf

This entry was posted in news and tagged ballard, Ballard Locks, Federal Shutdown 2013, my ballard, us army corps of engineers. Bookmark the permalink.

19 Responses to Plan ahead: Ballard Locks will have limited open hours until government starts again