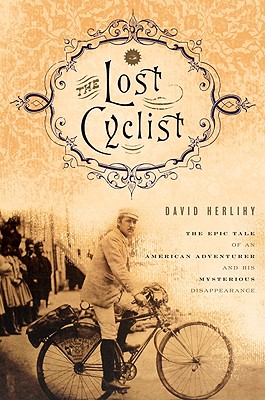 In the 1890s, Thomas Allen and William Sachtleben set out on a tour of the world with two brand new inventions: The “safety” bicycle to carry them and a Kodak film camera.

Thursday, Seattle Public Library hosts bicycle historian David Herlihy, who will discuss the 1890s trip and some recently-recovered photos from their journeys in Asia Minor.

The event starts at 7 p.m. and is free. Details from SPL:

In 1890, two American college graduates set off to circle the globe on new-fangled “safeties” (the prototype of the present-day bicycle), armed with another remarkable novelty: the compact Kodak film camera.

Miraculously, over 120 years later, hundreds of photographs they took in Asia Minor during their second year on the road have come to light.

Herlihy is the author of “Bicycle: the History” and “The Lost Cyclist: The Epic Tale of An American Adventurer and His Mysterious Disappearance.”

Founder and Editor of Seattle Bike Blog.
View all posts by Tom Fucoloro →
This entry was posted in news and tagged david herlihy, events, seattle public library. Bookmark the permalink.