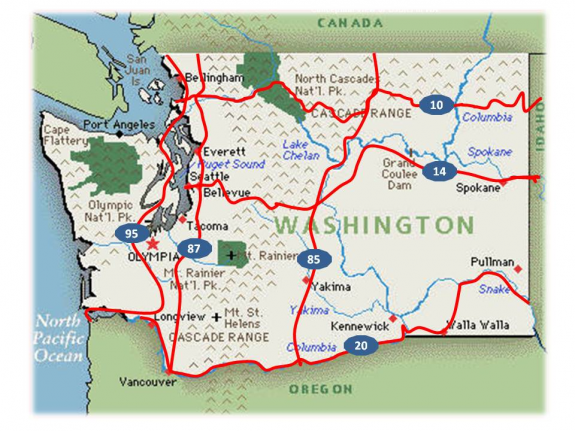 Every region of Washington State could someday have nationally-signed and connected bicycle routes optimized for bicycle travel and transportation.

The US Bicycle Route System is a vision for a network of these routes, allowing for easier and safer bicycle travel to all reaches of the nation. The country already has some active segments in the Mid-West and East Coast.

Washington is working to develop USBR 10, working with towns, cities and parks across northern Washington. And, as the Bicycle Alliance of Washington’s John Pope reports, the collaboration has already resulted in some unexpected benefits.

Sounds daunting, but any journey of a thousand miles begins with a single step. Our first steps went well. Over the winter we worked on the nominated route from the Anacortes Ferry Terminal to Rainy Pass in the North Cascades. Anacortes, the Swinomish Nation, Burlington, Sedro Woolley, Hamilton, Concrete and Skagit County jurisdictions, along with three major cycling advocacy groups (Skagit Bicycle Club, Active Communities Taskforce and Anacortes Bikes and Walks) all have filed resolutions of support, endorsing the nominated route.

Great design review sessions with city staff and county staff have created alignment and added unexpected improvements. Planned revisions to a city park added camping for bike tourists and aligned shoulder revisions when they saw the draft USBR.  Experienced input from local cyclists and ACA influenced the route significantly.  Regional traffic planners were able to gather traffic loads, shoulder widths and road surfaces to help determine best route choices.  It takes input from all sources and the USBRS standards to come up with a harmonized route nomination! 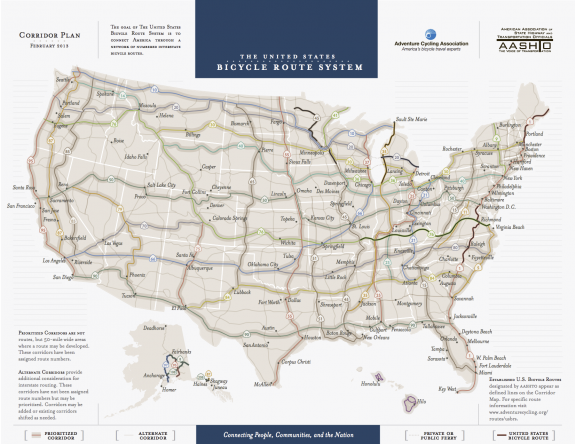 This entry was posted in news and tagged bicycle alliance of washington, US Bicycle Route System, USBR 10, wsdot. Bookmark the permalink.