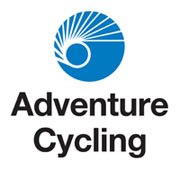 You’ve read Swift’s thoughts on bike tourism right here on Seattle Bike Blog. Now, you have a chance to meet with Swift, the Adventure Cycling Association and the Bicycle Alliance of Washington to talk about bicycle touring.

It will also be a chance to check out some brews from Peddler’s Brewing, based just down the street from Swift’s Ballard headquarters (map).

The event gets underway at 7 p.m. Details from the Facebook event:

Join Adventure Cycling Association, Swift Industries, and Bicycle Alliance of Washington for a special gathering at a very cool location in the Ballard neighborhood of Seattle on Wednesday, March 20, with Executive Director Jim Sayer. Meet kindred cycling spirits and learn the latest about bike travel and cycling in North America, including Adventure Cycling’s work on a new Bicycle Route 66, a fantastic new Idaho hot springs loop, the U.S. Bicycle Route System, and national advocacy. Food and drink will be provided, including brews from nearby Peddler Brewing Company.