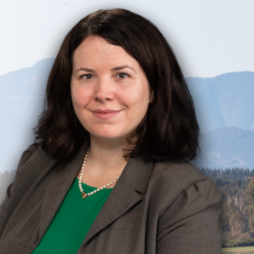 On Tuesday, by a 57 to 39 vote, the Washington House of Representatives passed HB 1330, exempting electric bikes and up to $200 in bike accessories from state sales taxes. In a tweet, Rep. Sharon Shewmake (D-Bellingham), who introduced the bill, called it a “bipartisan bill that will be good for the climate”. 9 House Republicans voted for the bill, the exact number of Democrats that voted against it.

Rep. Alex Ramel (D-San Juans) framed the bill in committee as a pilot that will show whether sales tax incentives can increase e-bike sales in Washington. The exemption would expire on May 1 2027 or when $500,000 in sales tax revenues have been forgone under the program. Long time Seattle Bike Blog readers may be surprised to see Rep. Ed Orcutt (R-Kalama) voting to exempt e-bikes from sales taxes here.

The bill still has to get through the State Senate. Both the Senate Transportation Committee’s Chair, Steve Hobbs (D-Lake Stevens) and its ranking member Curtis King (R-Yakima) have proposed increasing the sales taxes on sales of new bicycles of all kinds, a largely symbolic gesture to make a transportation package appear to be balancing revenue sources from all transportation modes. Presumably those members won’t vote to also exempt e-bikes from sales taxes; it’s unclear what happens if both were to pass.

If this were to go into effect, it should only fuel the massive appetite to purchase bikes that continues into 2021. Today the Seattle Times quoted Gregg’s Cycles’ Marty Pluth: “Every bike that comes in is sold right away, so we never get to a point where we refill the tank.” But the sales tax exemption also brings some parity, with Washington already offering a sales tax exemption on the sales of electric vehicles. Since 2019, a sales tax exemption has been available on the first $25,000 on a new electric or hybrid vehicle and the first $16,000 of a used one.

On the Federal level, there’s momentum for incentives like this as well, with Portland’s Rep. Earl Blumenauer sponsoring a bill with Rep. Jimmy Panetta to introduce the Electric Bicycle Incentive Kickstart for the Environment (E-BIKE) Act, which would create a tax credit that covers 30% of the cost of an electric bike, up to $1,500. Lawmakers clearly see e-bikes as something they can work to promote. Even if this bill doesn’t make it through the State Senate this session, that momentum is not likely to go away.

Ryan Packer is Temporary Editor of Seattle Bike Blog.
View all posts by Ryan Packer →
This entry was posted in news and tagged ebikes, shewmake. Bookmark the permalink.