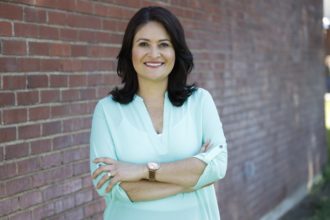 Leaders like Lorena González don’t come along often. She has been a stable, very progressive compass during a very tumultuous time in Seattle history, and the Council has shifted around her as voters continue to elect people who stand for bold changes. But the forces supporting the city’s inequitable and unsustainable status quo have managed to occupy enough power to hold back the progress voters want. Seattle has a big opportunity to finally change this dysfunctional dynamic by electing a mayor who will say Yes to change and has demonstrated the community-building and government executive skills to make it happen.

González is a potent mix of ambition and effectiveness, and she won citywide elections in 2015 and 2017 by large margins. It is still very difficult to win a mayoral election in Seattle if you are not the preferred candidate of the Seattle Times and big business interests. But González has already shown that she knows how to lead a worker-focused, progressive campaign that can win citywide.

Biking, walking and transit has never been González’s top issue, but she has always been on the right side with her Council votes. She even spoke to the 2019 protest at City Hall against Mayor Jenny Durkan’s bike plan and safe streets cuts (watch starting at 19:15 here). But perhaps just as importantly, she has demonstrated that she is a decision maker. That would be a huge breath of fresh air compared to our current indecisive mayor. González is also unafraid of asking direct and tough questions, drilling city department leadership if she senses rosy numbers or any other B.S. This is exactly what Seattle needs from a mayor who will craft our city’s next big transportation levy, which should be queued up for the 2024 ballot. González has what it takes to put a levy to voters that is bold, realistic and trustworthy.

Another often overlooked leadership skill is her ability to hire excellent staffers and then place her trust in them. The mayor’s primary job is to the be the boss of the city’s department heads. González’s entire Council office is focused and effective. Imagine our city if our departments were also unified in vision, focused and effective. Some department heads will need to be replaced, but others just need a mayor who will have their backs. González has already shown us that she can be such a leader.

Our endorsement of González is not meant to be a slight to Andrew Grant Houston, whose campaign has been very impressive and whose platform is detailed and truly excellent. It’s just that González is an exceptional mayoral candidate.

Colleen Echohawk has also gathered some impressive endorsements, including the Urbanist. It’s certainly possible that Echohawk would also make a great mayor, but there are a lot more question marks compared to González. Again, this isn’t a slight to Echohawk, but González is just too strong.

In 2017, Jenny Durkan sailed to an easy victory, and the result has been disastrous for Seattle. It is not easy to overcome the built-in advantage of being the candidate supported by (and in return answering to) the wealthy and big business interests in our city. Cary Moon failed to build the big, people-powered (and labor-powered) movement needed to overcome that gap. But González can build such a movement and avoid a repeat of 2017’s depressing mayoral result. I look forward to Seattle safe streets advocates putting their effort into building a better future for our city rather than desperately trying to protect the under-attack plans our city passed way back in 2014.

This entry was posted in news and tagged 2021 primary, lorena gonzález. Bookmark the permalink.