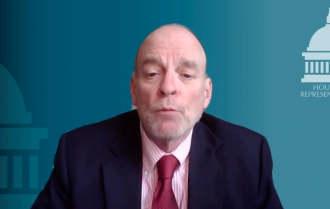 Correction: a previous version of this post listed the timeframe of this package at 12 years instead of 16.

Yesterday the Democratic caucus in the Washington State House announced their proposal for the next major state transportation package. Their proposal would raise over $26 billion dollars over a sixteen-year period and include a brand-new carbon fee, the proceeds of which would be directed to a host of “carbon reduction initiatives”, including unprecedented state spending on multimodal transportation.

That works out to over $80 million for every 2-year state budget in active transportation grants alone distributed to counties and cities statewide, to say nothing of the grants for public transit. This would amount to a big shift in transportation spending away from being primarily focused on highways and ferries alone.

The direct investments at the state level in bike & pedestrian projects should hopefully take some of the recommendations of the state’s Active Transportation plan and put them into action. You can read a full breakdown of the known spend plan here.

At the same time that a progressive carbon tax is proposed to fund projects that will decarbonize and electrify transportation, the package also proposes a black box of $6.7 billion in new “state & local projects”. These are likely new highway projects, but the only project we know about for certain right now is the proposed replacement of the I-5 bridge between Washington and Oregon, which would receive $1 billion. The total $3.2 billion price tag for that project is so high in part because of the amount of added capacity that is likely to come with it. The rest of the projects in the black box are expected to be negotiated via the legislative process later this session.

The proposal would also direct a much higher amount of money toward preserving and maintaining current transportation infrastructure than we’ve seen in recent years, with $4.6 spent to reduce the maintenance deficit over 16 years. It would also spend $3.5 billion to fully remove fish culverts statewide in compliance with a court order.

The funding for highway expansion and maintenance would be funded by a gas tax increase, bringing Washington up to 85 cents per gallon, the highest in the country. The proposal would also index the gas tax to the consumer price index, allowing it to better keep up with inflation.

This transportation package takes Senator Rebecca Saldaña’s proposed package from the State Senate side, which would make $2 billion in multimodal investments over twelve years, and takes it to the next level. But it may run into opposition from other Democrats in the Senate who want to see a transportation package focused even more around highway expansion. But this is clearly the new bar for a progressive transportation package, at least on the House side- one that recognizes we need to massively scale up our multimodal investments. In the coming weeks we’ll see how much traction the proposal is able to gain.

Ryan Packer is Temporary Editor of Seattle Bike Blog.
View all posts by Ryan Packer →
This entry was posted in news and tagged 2021 legislature, wsdot. Bookmark the permalink.