There’s good news and bad news for people looking to get outside on some car-free (or car-light) streets in the next week. SDOT has announced 11 more miles of Stay Healthy Streets, bringing the citywide total to 20 miles of 24/7 people-focused streets. But Seattle Parks has cancelled the first Bicycle Sunday of the year originally scheduled for May 10, setting back hopes that the city would expand the walking and biking space on popular Lake Washington Boulevard.

The newest Stay Healthy Streets are in Aurora/Licton Springs, Lake City, Delridge/Highland Park and Ballard. Lake City’s route is scheduled to go into effect today, but the others won’t happen until early next week.

The Central District route will also get another extension, connecting E Columbia St to the Safeway on Madison via 22nd Ave. 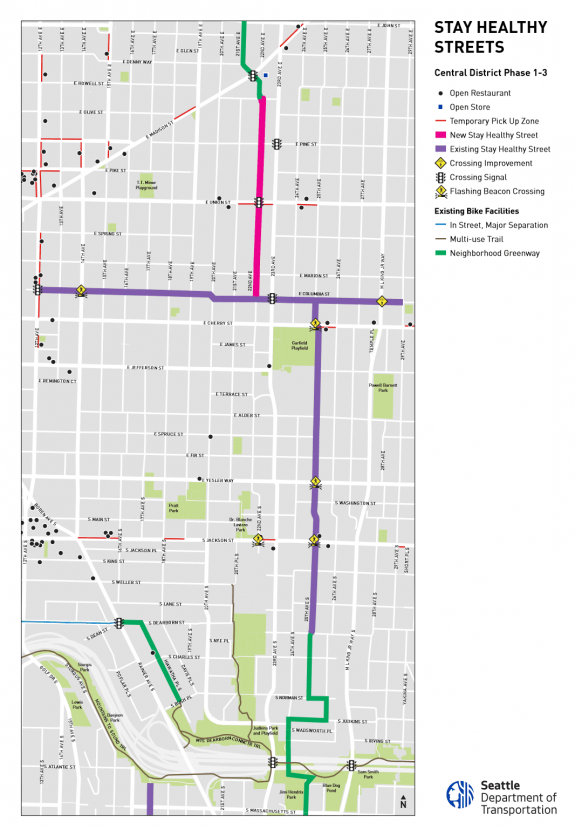 The Delridge/Highland Park route is probably the most interesting route because it comes when the West Seattle Bridge is closed, rerouting neighborhood traffic. The Stay Healthy Street route follows the Delridge neighborhood greenway (yes, that’s the one with the staircase in the middle), but it also includes a connection to Highland Park Playfield via SW Trenton St. Hopefully the Stay Healthy Streets effort will reduce cut-through traffic on these routes, a problem that will likely only get worse in this area as people try to find new driving routes to the 1st Ave S and South Park Bridges. 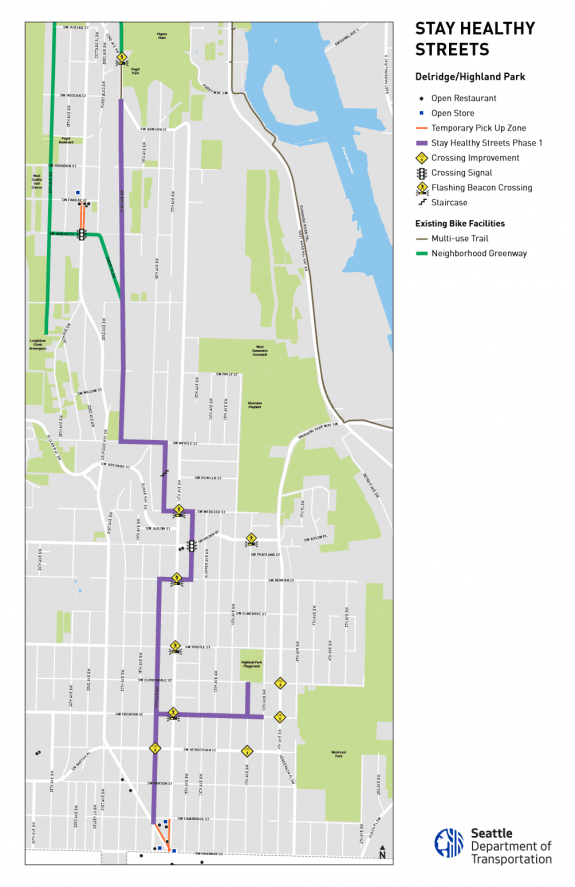 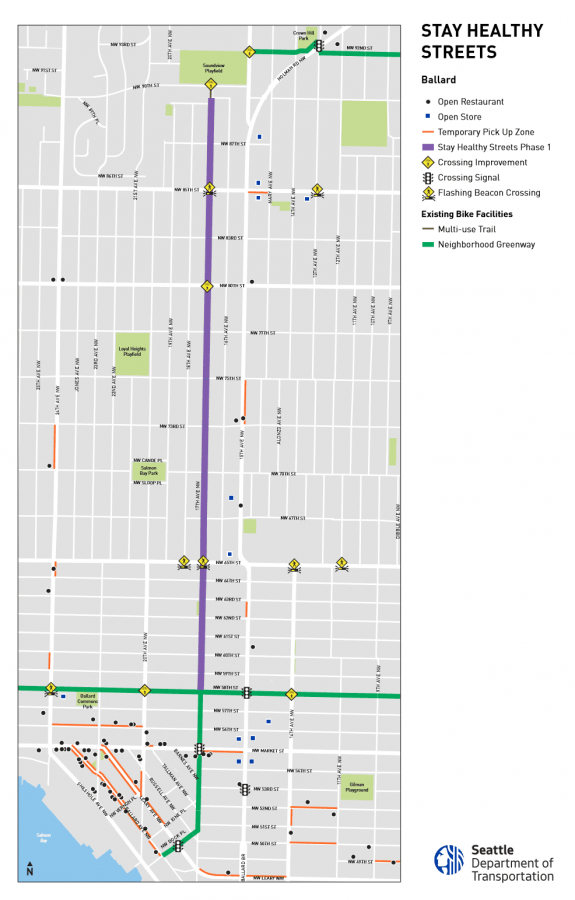 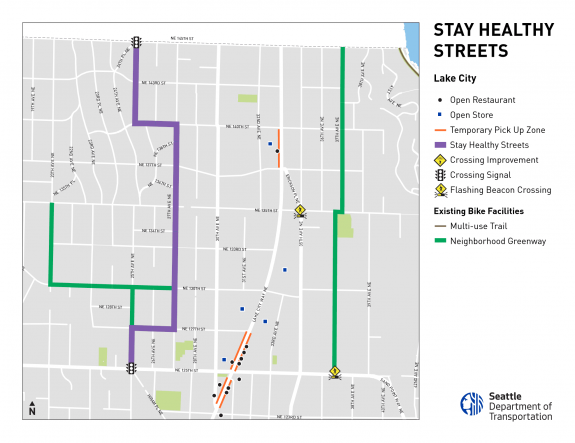 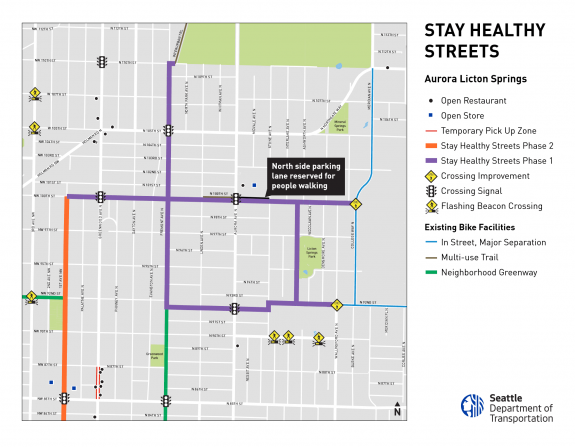 Unfortunately, Seattle Parks has cancelled the first Bicycle Sunday of the year, scheduled for May 10. For a half century, the Parks Department has been closing a section of Lake Washington Blvd. to cars on various Sundays in the summer. Now that we have this vital need for more walking and biking space so people can get outside while staying socially distant, we have argued that Parks should revamp its storied Bicycle Sunday event to meet this challenge. Of course much of the programming that is usually part of Bicycle Sunday won’t be possible, but the skinny paths along the lake are not wide enough. An open street would give people the room they need.

Ultimately, though, Lake Washington Blvd. needs a 24/7 solution. So maybe Bicycle Sunday just isn’t the right program. SDOT could partner with Parks to make it a Stay Healthy Street. Or, as Seattle Neighborhood Greenways Director Gordon Padelford suggested in a recent interview, they could cone off half the street, making it one-way for cars while opening the other half to people walking and biking. We could call it Bicycle Everyday…

Founder and Editor of Seattle Bike Blog.
View all posts by Tom Fucoloro →
This entry was posted in news and tagged bicycle sunday, covid-19, stay healthy streets. Bookmark the permalink.