A look at the latest plans for connecting the 520 Trail to Capitol Hill, Eastlake

In our post about the planned Eastlake Ave bike lanes, we mentioned that the bike route there would be part of a regional network once the 520 Trail reaches across I-5. It might be hard to imagine what that connection will be like because it is so different from the way things are today, so here’s a closer look at the latest design plans from a November report to the Seattle Design Commission (PDF).

A trail was not always part of the so-called “Rest of the West” phase of the state’s $4.6 billion 520 Bridge Replacement Project between Montlake and I-5, but a lot of organizing a few years back by advocates, including Seattle Neighborhood Greenways and Cascade Bicycle Club, made sure a biking and walking connection continued all the way to Capitol Hill and Eastlake. The project includes a new bridge across Portage Bay, a new freeway lid park near Roanoke Park and an improved I-5 crossing. Put it all together, and you get a complete biking and walking path from Eastlake all the way to Kirkland and Bellevue.

Though the project is not scheduled to be complete until 2029, the major design decisions (like whether to include a trail and lid park) have already been made, and the details will be finalized over the next couple years. So let’s take a look. 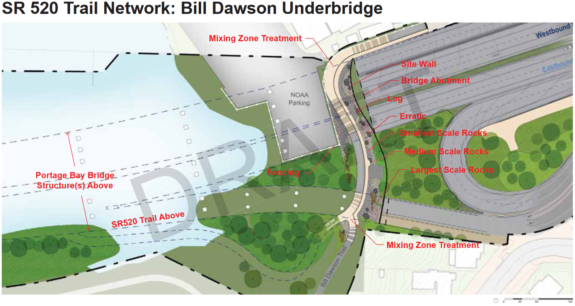 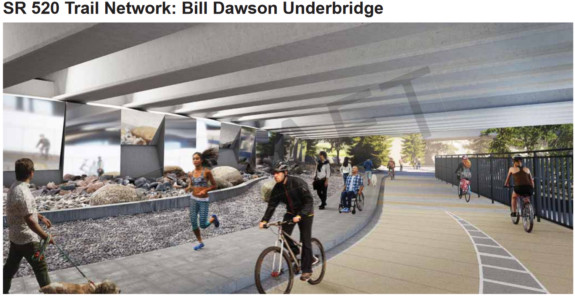 The existing trail under SR 520 near the NOAA facility in Montlake (AKA the Bill Dawson Trail) will be significantly upgraded, and it will now connect to both the Montlake Playfield and the new bridge trail over Portage Bay. So whether you come from the Montlake Bridge or are continuing on the 520 Trail from across the lake, you will travel through here to get to Roanoke. 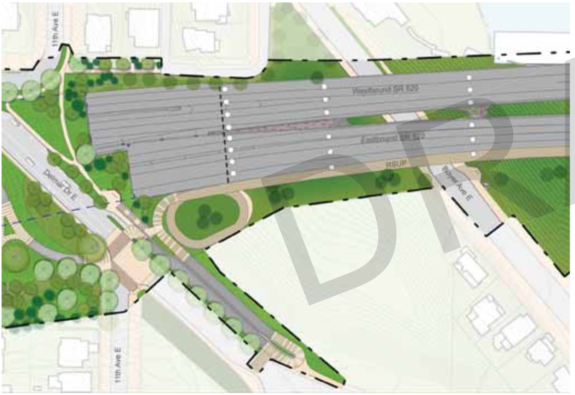 The bridge trail is on the south side of the Portage Bay Bridge. And though it will be the most gradual grade possible for getting up to Roanoke Park, it will still be a climb. Once users get to the new Roanoke Lid Park, they will need to climb up via a series of switchbacks to get up from the bridge level to the lid level. This climb will be ADA-compliant, so it won’t be too steep. But the trade off for less grade is more distance. The trail will then reach Delmar Dr E, where you have the choice to either hop into the existing bike lanes or cross the street into the new lid park. 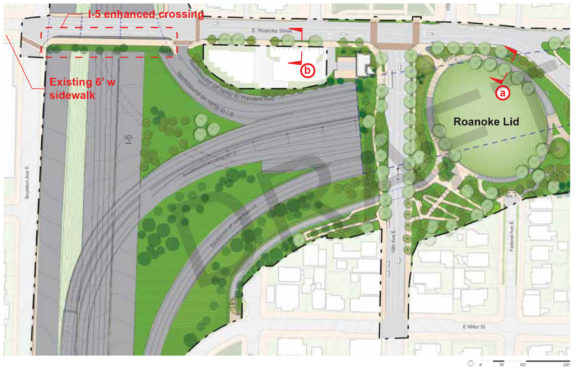 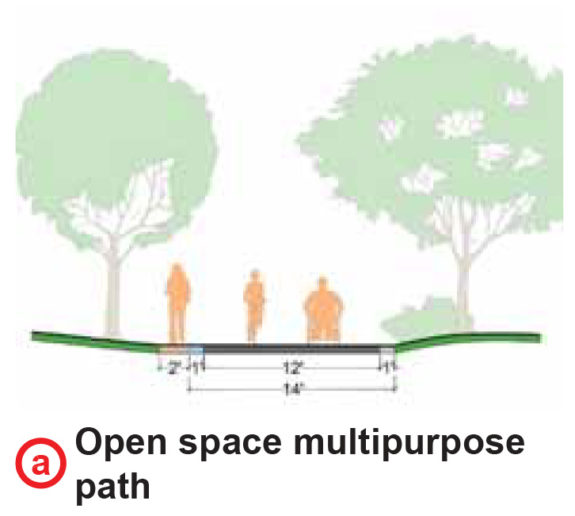 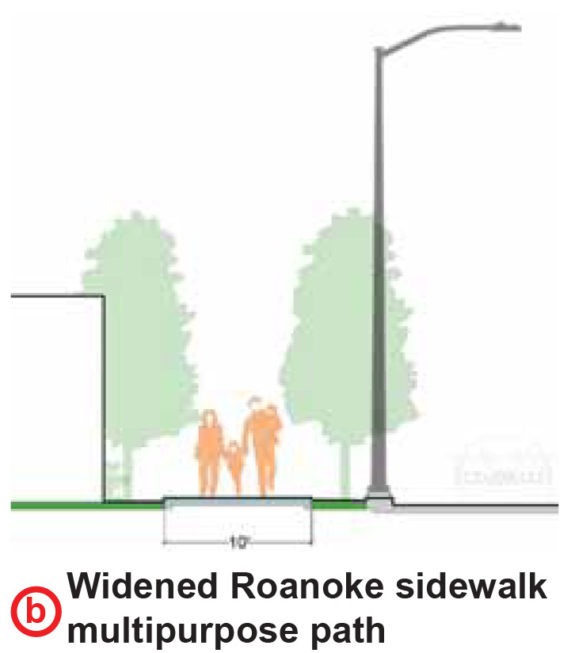 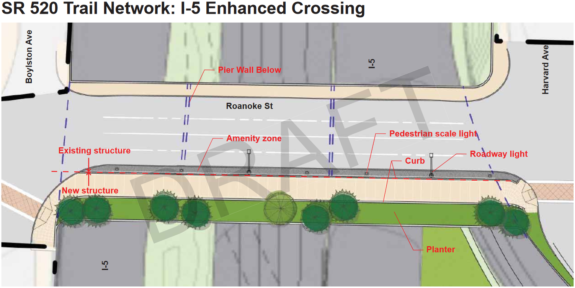 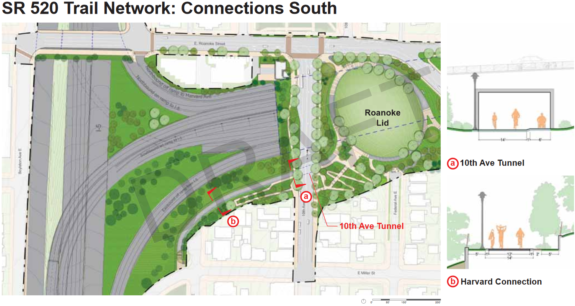 From the lid park, you have a lot of options:

That’s a lot of major connections all in one place, making Roanoke Park and the new Roanoke Lid something of a bike route nexus.

The smallest pinch point in this plan is currently the Roanoke St south sidewalk in front of the firehouse (“b” above). The bike/walk path is currently planned as a shared ten-foot sidewalk. Obviously, ten feet is better than five or six like a typical sidewalk, but that’s still a bit tight for a major bike route. It’s also not entirely clear how someone biking will get to and from the south sidewalk on the east side of I-5 to Eastlake Ave just two blocks down the hill to the west. Seattle has the better part of a decade to figure out this two-block connection. The 2014 Bicycle Master Plan calls for a neighborhood greenway, though that was created before the 520 Trail designs were complete. It needs to become a priority at some point in the next decade, but there’s no rush.

The designs are entering the final phase of work as the state puts together the project details to send out for construction bids by spring or summer 2021. Construction could begin as soon as 2023, though projects of this scale tend to get delayed. I mean, as exciting as these new trail connections are, this is still a freeway expansion mega-project.

There’s a lot to digest here. How do you see these new connections affecting your biking routes?

9 Responses to A look at the latest plans for connecting the 520 Trail to Capitol Hill, Eastlake