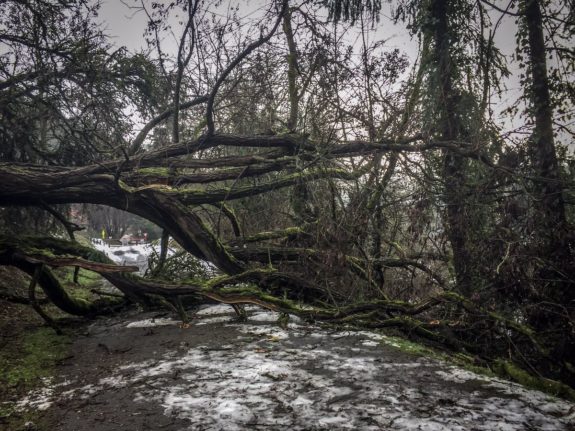 A large tree fell over the weekend and has blocked the Burke-Gilman Trail in Bothell, and King County Parks says it cannot remove the tree until Tuesday.

The tree is blocking the trail at about 91st Ave NE, a tricky spot in the trail route with no easy detour route. And Parks says no detour will be marked, so you’re on your own if you end up here.

The intrepid and able-bodied may be able to find a way to climb through the branches, though I’m guessing Parks would frown on this. There is also a sidewalk on the north side of Bothell Way, but the closest crosswalks are at 83rd and 96th Avenues NE. And the sidewalk does sort of disappear in a couple spots, so be prepared for that. You can ride on the highway, but I wouldn’t recommend it. 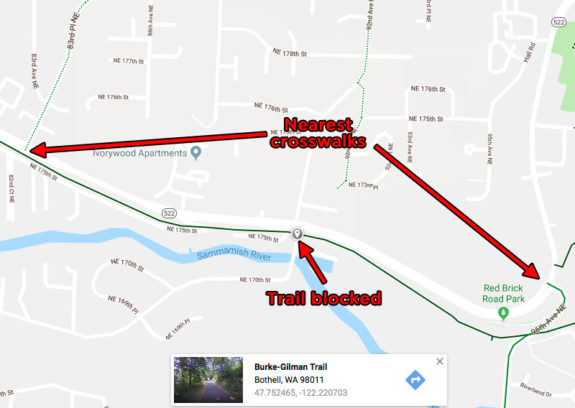 Base image from Google Maps.

King County Parks said that the blockage much wait until Tuesday because the necessary equipment won’t be available until then.

5 Responses to Trail Alert: Burke-Gilman blocked by downed tree in Bothell until Tuesday