After WA won #1 for a decade, Bike League changes its state-by-state report cards 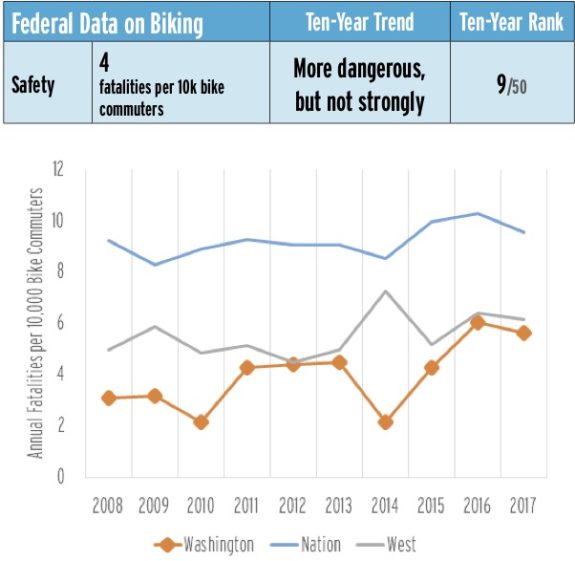 Perhaps tired of handing the top honors to a barely-deserving Washington State year after year, the League of American Bicyclists changed its annual state-by-state rankings into a set of 50 individual report cards that track each state’s progress. And by this new measure, Washington State isn’t doing so hot.

Washington had won the top spot in the League’s rankings an absurd ten years in a row. On one hand, this was an impressive feat by our state. But after years of winning the honor even without any tangible progress, it also started to feel a bit sad. Were other states even trying? Was Washington winning “best” or “least bad?”

So while it might take a positive headline away from Washington, it probably makes sense to stop ranking our state number one every year. Instead, the League is issuing each state a report card that tracks its own progress compared to the previous year. And their report isn’t as rosy:

Washington state, the only state to be ranked #1 in the ten years of our Bicycle Friendly State ranking, shows some weakness in its federal data indicators.

While the state’s federal data indicators are consistently above the national average and each one is in the top 10 over the last decade, both the rate of bicycling to work and the rate of bicyclist traffic fatalities are headed in the wrong direction.

The state certainly has the tools to reverse these trends in both
its advocacy organizations and the Washington Department of Transportation & Public Facilities, but the state is in danger of losing its long-time #1 ranking.

In a weird way, though, WSDOT seems to be doing better work on biking in recent years than it has throughout its history. Biking and walking elements rarely feel like afterthoughts anymore. Compare the quality of the 520 Bridge Trail to the I-90 Bridge Trail, for example. And while the department is still carrying out a lot of backwards freeway projects (often due to state legislature funding earmarks), top leadership takes biking and walking seriously. Remember when WSDOT Secretary Roger Millar said traffic congestion is due to a lack of affordable housing with access to better transportation options? That was awesome.

So, Washington, we have a lot more work to do. And maybe benchmarking our progress against ourselves (or bike-friendly nations around the world) would be more useful than comparing ourselves to the other 49 states. 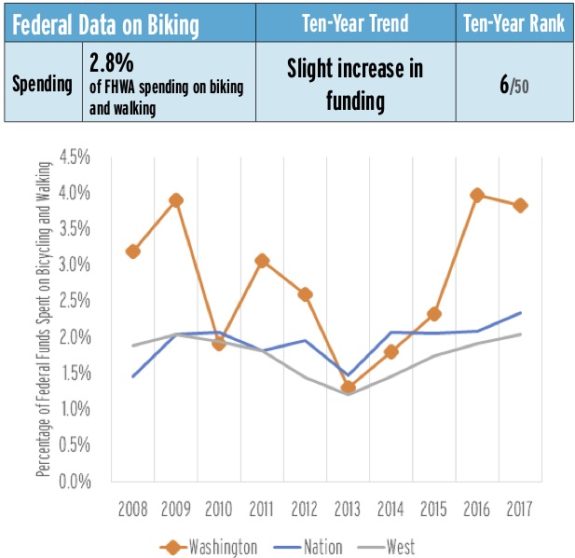 This entry was posted in news and tagged league of american bicyclists, washington state, wsdot. Bookmark the permalink.

4 Responses to After WA won #1 for a decade, Bike League changes its state-by-state report cards