The 2017 Your Voice, Your Choice recipient projects 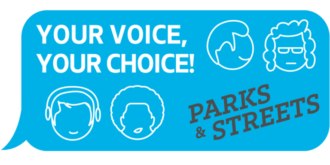 From the very start, the city’s revamped neighborhood parks and street funding process was a victim of its own success. Early outreach generated around 900 projects ideas from community members.

This was a huge increase in participation compared to the previous process, which went through the Neighborhood District Councils. But with only $2 million to go around, very few of those proposed projects could become reality.

In other words, the limited budget all but guaranteed a lot of people would be disappointed.

Well, the list is here (actually, I’m a bit slow to post it). Funds were divided evenly across City Council Districts, and the final projects were narrowed down after rounds of professional study and public voting.

There are some great projects here. And the process was certainly more transparent than the old Neighborhood District Council process, where projects could be approved or killed on the whims of individual District Council members.

Since this was the first year for Your Voice, Your Choice: Parks and Streets, I would love to hear from you all. Did you participate? How did it go?

From Your Voice, Your Choice:

2 Responses to The 2017 Your Voice, Your Choice recipient projects