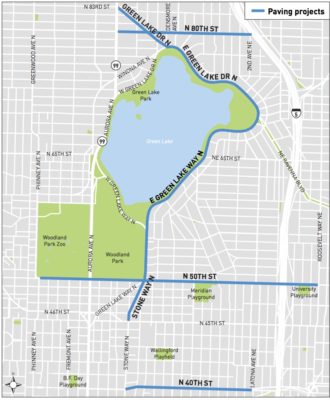 A series of planned paving projects in Green Lake and Wallingford are a big chance to make significant improvements to the North Seattle bike network. And of course, the city could save a lot of money by making these improvements at the same time the streets are being torn-up for paving, anyway.

The collection of paving projects represents a new approach the city is taking for handing paving work. Instead of making each streets its own project (with its own public outreach and contract bids), SDOT is grouping nearby projects together and beginning outreach on the group of projects earlier.

While these streets won’t actually be paved until 2019 or so, you have a chance to be heard early to make sure safe streets and key bike network connections are included from the start. This should be a much better process than the old way, where people would learn late in the design process that a paving project had neglected bike lanes. This happened on Roosevelt Way, for example, and it took a huge popular push and a lot of re-design work to add the bike lane to the project before work began.

Planned projects in this group include:

This may also be a chance to finally make serious improvements to the terrible intersection of 50th/Stone/Green Lake Way. Today, it doesn’t work for anyone. A radical solution might be needed…

For reference, here’s the relevant section of the Bike Master Plan. As you can see, most the planned paving projects are slated for bike network improvements: 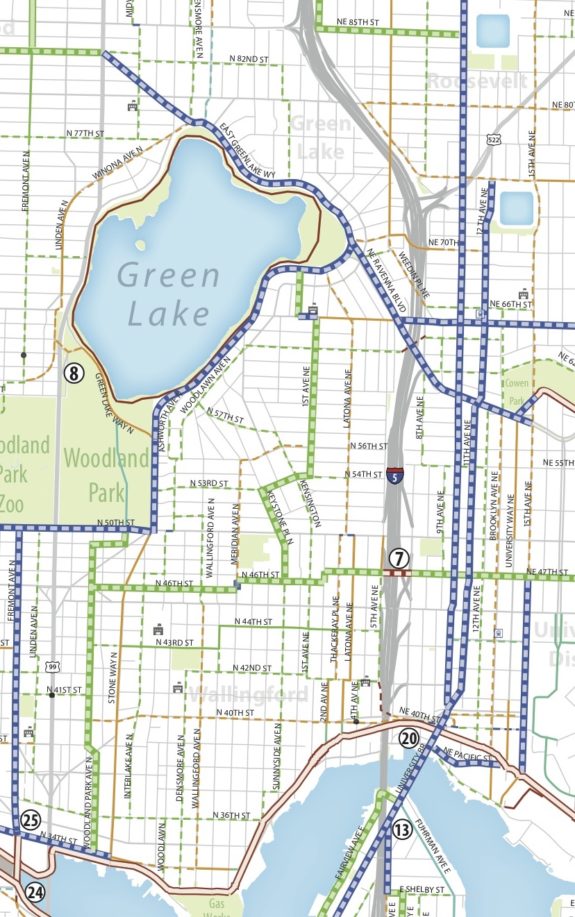 This entry was posted in news and tagged green lake, sdot, wallingford. Bookmark the permalink.