2016 has claimed yet another hero: My bike 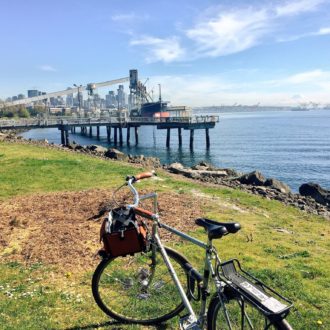 It’s no David Bowie or Sharon Jones, but in my heart my bike will forever be among the list of victims of 2016.

A 1983 Nishiki International, this high-tensile steel bike died doing what it loved: Carrying me around town safely and dependably. It’s last act was to limp all the way to my home where I discovered the fatal crack Saturday: The bottom bracket is essentially falling off, ripped from the seat tube. The bike was simply pedaled one too many times.

As Davey Oil said on my Facebook post, “It wasn’t bent by a bumper, or lost to a bolt-cutter. You didn’t (ever) toss it in the basement and replace it. It wasn’t trashed by abuse, or ill-repair. Your bike was simply, done. And so, it finished. Called it a day. But, it went out doing what it loved, bringing you home.” 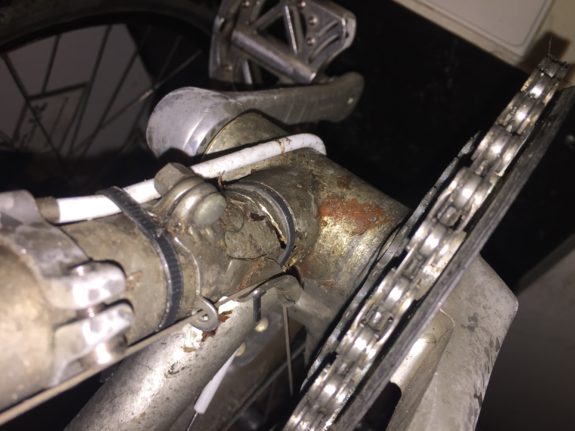 The fatal crack, discovered in the comfort of home. 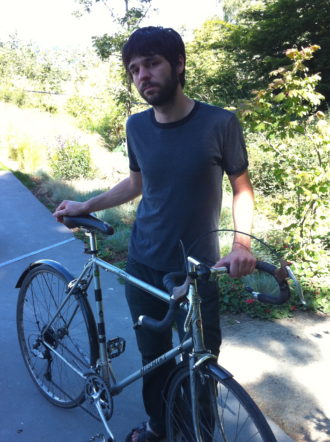 Me shortly after buying it in 2010. The crank arms, seat post, stem, shifters and rear derailleur are the only parts I never replaced.

Of course, a bike is just a thing. But this bike represents some very transformative years in my life. It was already old and rusty by the time I bought it in 2010. It was 27. I was 25. Perhaps due to the rust, the $175 price was right for someone with no savings trying to launch a journalism career in the midst of the recession.

This bike saved me enough money that I could start Seattle Bike Blog, floating me through some very meager times when even the bus was out of my budget. It was easily the best investment I have ever made and may ever make again.

Despite the tired and worn parts, this bike never broke down when I was too poor to fix it, and it never stranded me when I was too far from home. And through the process of fixing essentially every part over the years (usually with more used parts), it also empowered me to no longer fear working on my bike. 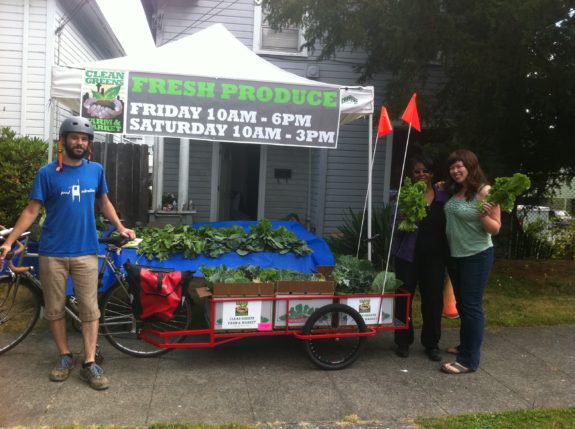 For two summers, I hauled Clean Greens CSA boxes around the Central District.

My friend Mark may note that this sounds a lot like the Ship of Theseus. What is a bike? How many parts can be replaced before it becomes a new bike? How many parts from this bike would I need to bring to a new frame if I wanted to keep this bike “alive?” No, best not to think this way. I should be beyond the stage of bargaining by now. 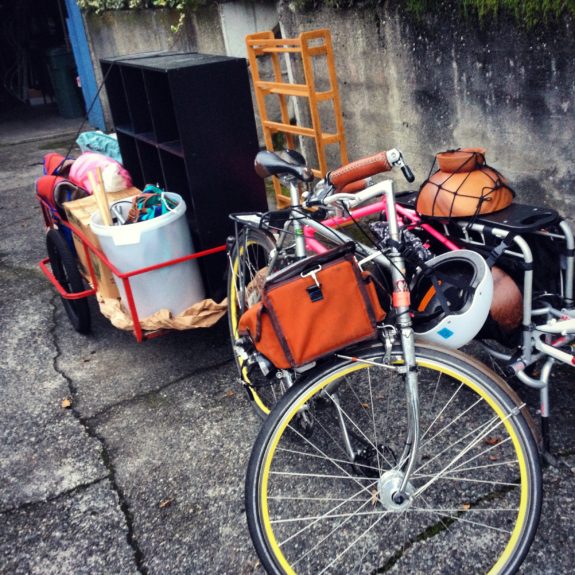 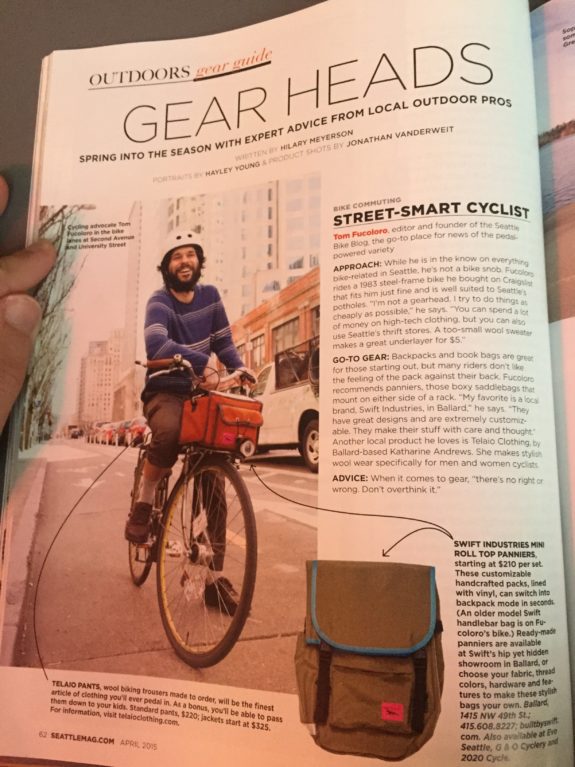 As I learned more about biking through experience and through writing this blog, I gradually changed my bike into a versatile and dependable ride capable of climbing the steepest hills Seattle can throw at me, hauling very heavy loads in a Haulin’ Colin trailer, going off-road bike camping in the Cascades or zipping around town to cover all the bike news I can get to.

But most importantly, it carried me on a long bike tour around the Pacific Northwest, the trip where I knew for sure I wanted to marry Kelli Refer. 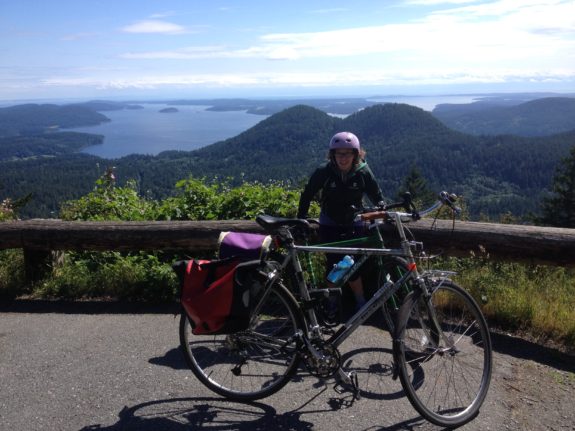 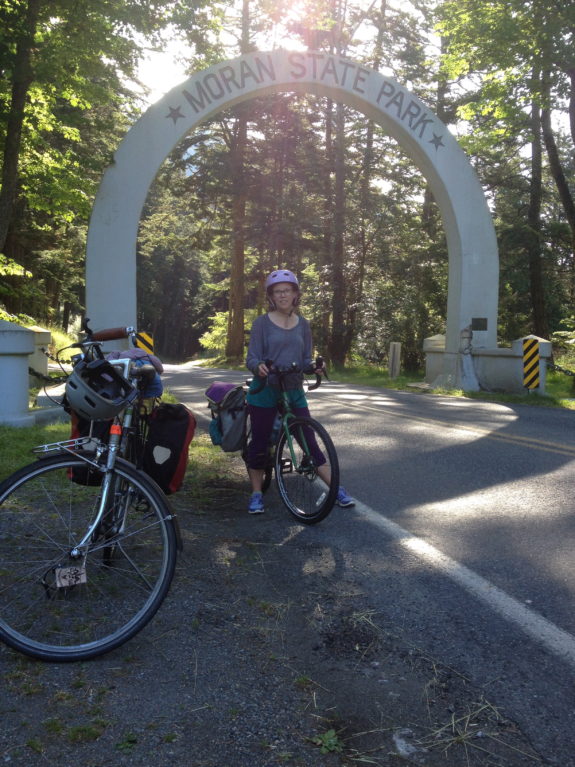 An obituary for a bike is an odd exercise, I know. As Mike McGinn said on Facebook, “All that’s left is to send it off from shore in a burning boat.” That actually sounds fun, though I imagine the Puget Sound wouldn’t appreciate it very much.

But this bike was constant through some major changes in my life. And looking through photos of it reminded me of where I’ve been. A photo of this bike is nearly always a happy memory. Wherever I’m going next, I’ll be on a new bike. But in the fading memories of my late 20s, this bike will always be there. 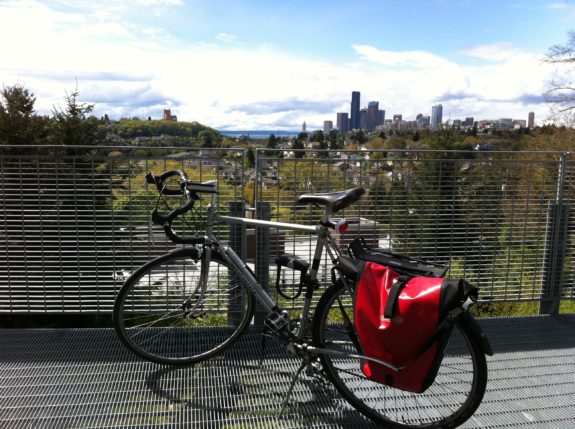 This entry was posted in news and tagged nishiki. Bookmark the permalink.

21 Responses to 2016 has claimed yet another hero: My bike