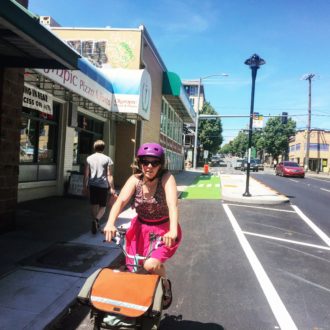 The city’s newest protected bike lane on Roosevelt Way NE is almost complete, and it has already revolutionized bikeability in NE Seattle.

Much of the bike lane is already open, and the city has set a November 5 grand opening party 11 a.m. to 1 p.m. at the U District Food Bank (more details below).

The lane is 1.7 miles long connecting NE 65th Street (and the under-construction Roosevelt light rail station) to the University Bridge. The lane is seven feet wide for much of its length, and it runs behind enhanced bus stops that should also speed up current and future transit service along the street.

It’s not perfect, of course. The most obvious problem is that it only helps people heading south. 11th and 12th Avenues NE, the northbound couplet to Roosevelt, remains problematic. And some major intersections do not provide the level of separation as the rest of the bike lane, requiring people biking and people making turns to merge.

But compared to the previous paint-only door zone bike lane that suddenly disappeared at essentially every trouble spot, this new lane is leaps and bounds better.

And hey, is this the city’s first real intersection of two protected bike lanes? 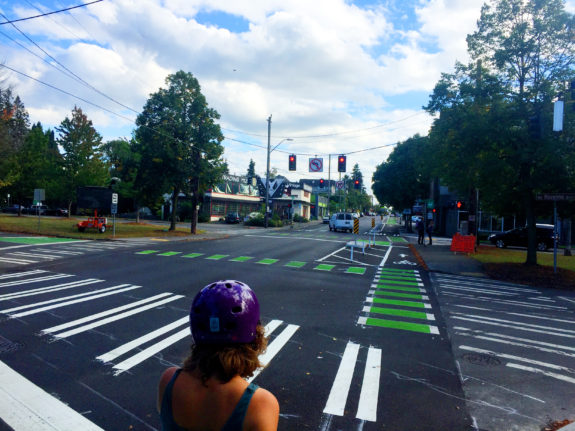 These investments are being made in a part of the city that already has some of the highest rates of bike commuting. Five to ten percent of workers living nearby bike as their primary mode of getting to their jobs, and many more ride bikes for other purposes.

More details on the party: 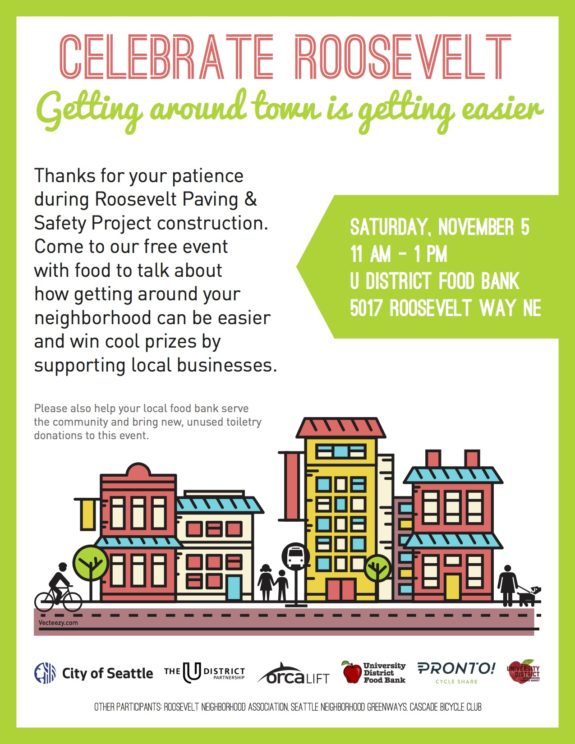 This entry was posted in news and tagged ravenna, roosevelt, roosevelt station, sdot. Bookmark the permalink.