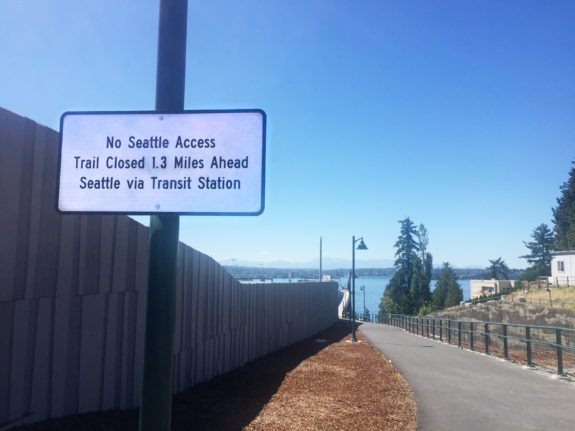 You can now walk or bike 1.3 miles from Evergreen Point out into the middle of Lake Washington on a floating bridge, bringing you tantalizingly within reach of Seattle.

But for another year, the gloriously wide trail complete with scenic outlooks is just there for Eastside recreation. The 520 Bridge construction schedule won’t connect the trail to Montlake until summer 2017. When it finally does, regional bike transportation will never be the same.

But for now, you’ll run into this just a few thousand feet from Montlake: 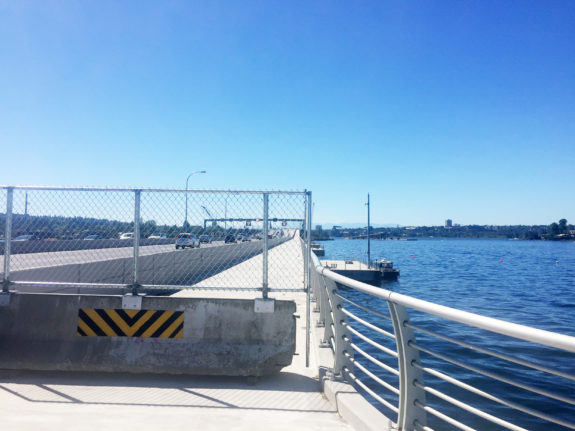 And though the trail will connect to Montlake in summer 2017, it will be many years (exact timeline still unknown) before it fully connects to the bike network. Here’s the official timeline for trail work:

The good news, however, is that the trail will be much better than the I-90 Trail, which is itself pretty great (especially for the time it was built). 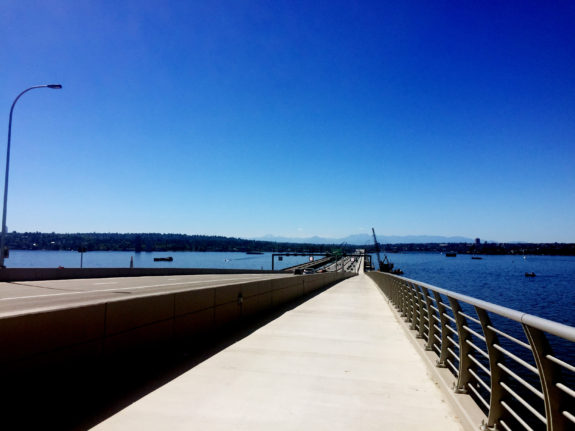 The 520 Bridge Trail is several feet wider, and that makes a huge difference. Though collisions on the I-90 Bridge are rare, they do happen. People walking and biking share the space, which can be unpleasant for everyone when it gets crowded.

And the 520 Bridge provides several spaces to stop out of the flow of the trail. There are even seats for taking a load off and looking out over Lake Washington. 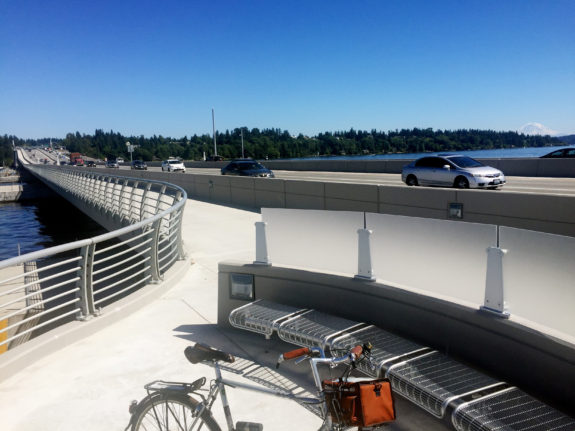 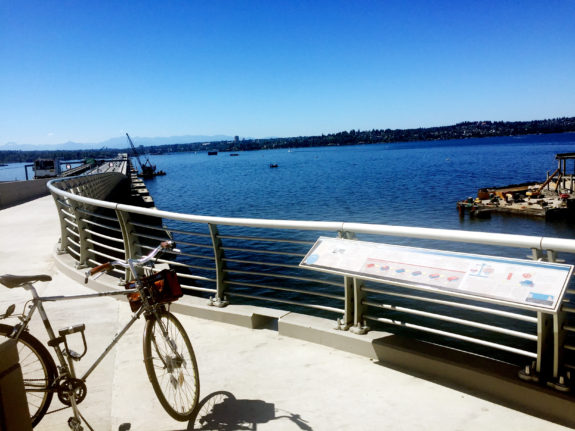 Aside from the whole freeway expansion element of this project (and the horrendous plans for Montlake Boulevard), the trail itself is great and will be an incredible and long-overdue addition to the regional bike network.

If you want to try it out, you can either bike down the 520 Trail from the Eastside or take a bus across the bridge from Seattle and get off at the first top (Evergreen Point). Or, or course, you can add an out-and-back trip on the bridge to your Lake Washington Loop ride.

5 Responses to 520 Trail gets so close, yet so far