SDOT is “microsurfacing” notorious stretch of the Missing Link

Readers have been asking why the bikeway stripes on NW 45th Street between Fred Meyer and the Ballard Bridge have been removed, as shown in this photo from Peddler Brewing:

At first it was a mystery. No bike or trail advocates I asked knew anything about it. But then Kevin from the Friends of the Burke-Gilman Trail dug this up: It’s part of the city’s ongoing microsurfacing work (more info in this PDF).

Microsurfacing is a method for adding an estimated ten years to a road surface before it needs to be fully repaved. Unlike chip sealing, a method that leaves behind lots of bumpy, loose gravel, microsurfacing should be bike-safe.

I’ve asked SDOT for info on expected closure times and detours, and I’ll update when I hear back (though I’m traveling with family today, so I may be slow).

Here’s a map of streets in the area getting the microsealing treatment this summer: 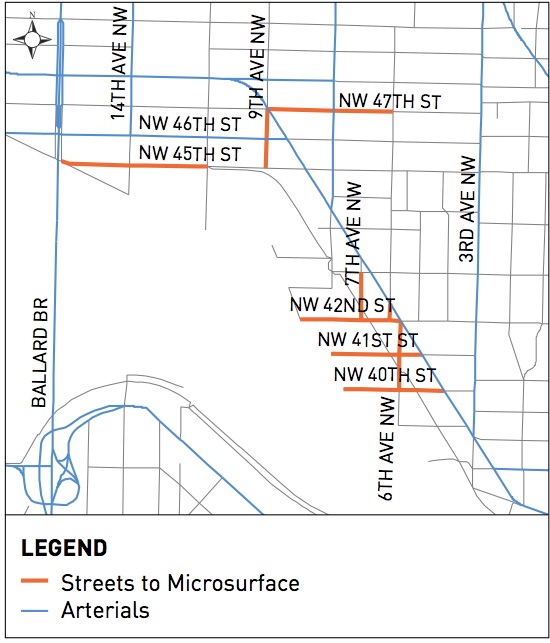