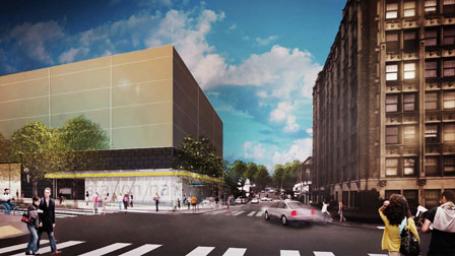 Tunneling for the Northgate Link extension is on schedule for completion this year, meaning station construction work will begin shortly after. So now is the time to make sure bike parking and safe bike route connections are not only included in the final design work, but are high quality.

Sound Transit is hosting an open house for U District Station — formerly “Brooklyn Station” — today (Thursday) from 6 to 8 p.m. at the Neptune Theater. You will get a chance to see the 90 percent design, which will include more granular details than previously seen.

What types of bike parking will be included? How will people with bikes access the trains? How will the streets around the station (especially Brooklyn) connect to major bike routes?

Go to the open house and be sure to give feedback. Details from Sound Transit:

Founder and Editor of Seattle Bike Blog.
View all posts by Tom Fucoloro →
This entry was posted in news and tagged sound transit, u district, u district station. Bookmark the permalink.