UPDATE: Shortly after posting, Cascade Bicycle Club announced the formation of the Eastside Greenway Alliance, a group of seven organizations that will “will dedicate time and resources to move forward with the goal of a multi-use corridor that will provide our greater Eastside community with wide ranging benefits from improved mobility and public health to economic development and a decreased carbon footprint. Through community engagement, fundraising and advocacy, the Eastside Greenway Alliance will advance the multi-use development of the Eastside Rail Corridor.” 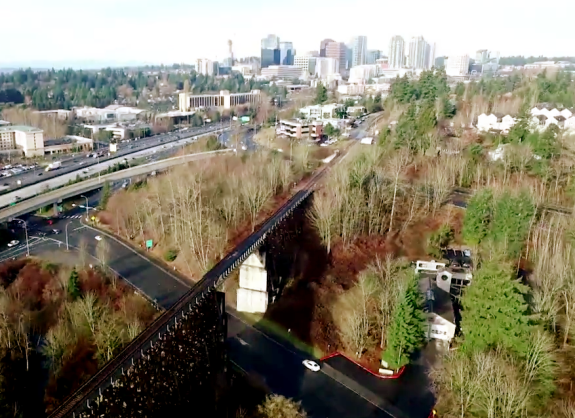 That trestle will be part of the Eastside Trail in Bellevue. Really. From a King County video (watch below) 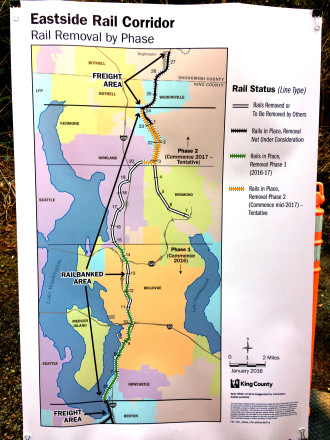 The rails are coming out. King County Executive Dow Constantine removed the ceremonial first rail spike Friday, a major step in developing the most important stretch of regional trail since the Burke-Gilman.

The work to remove the rails south of Kirkland will continue through 2016 and into 2017, funded by the scrap value of the steel rails themselves.

It will still take more work after rail removal before the trail will be easily bikeable. The existing railbed needs an upgrade to hardpack gravel — like the existing Cross Kirkland Corridor section — before it will be easily usable by bikes not designed for offroading. The busy street crossings will also need upgrades.

The exact timeline for when you will be able to bike on the trail is not yet clear, but a King County press release says the section connecting to Kirkland’s trail will be first:

It is expected rail removal will begin at the ERC segment south of Kirkland, which has already removed rail and developed a trail through its portion of the corridor. It is likely King County would begin developing an interim gravel trail at that location, extending the length of usable trail within the corridor.

But the real eye-opening section will likely be this incredible high trestle in Bellevue, captured in a short drone video by King County: 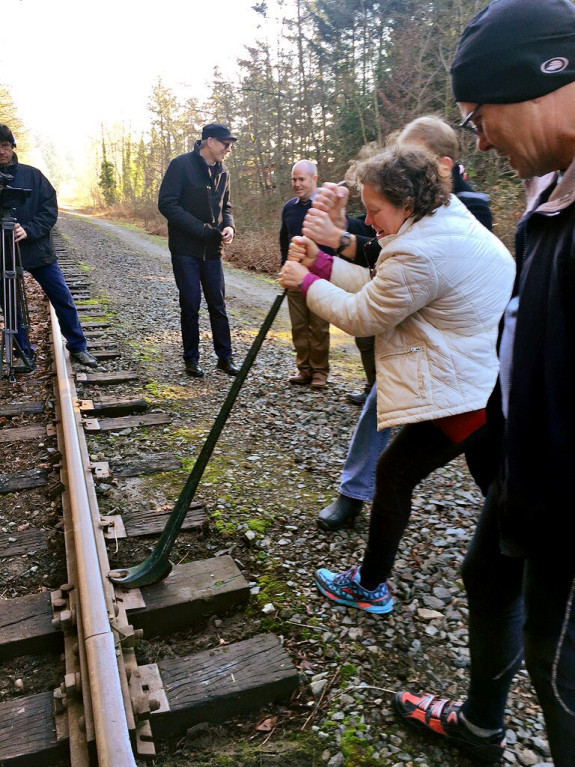 Shelly Bowman pulls out a rail spike during the ceremony.

After Friday’s ceremony, a group led by Cascade Bicycle Club went on a ride along the Cross Kirkland Corridor to learn about what the city has been doing to take advantage of the trail as a way to connect neighborhoods, schools, parks and employment centers. 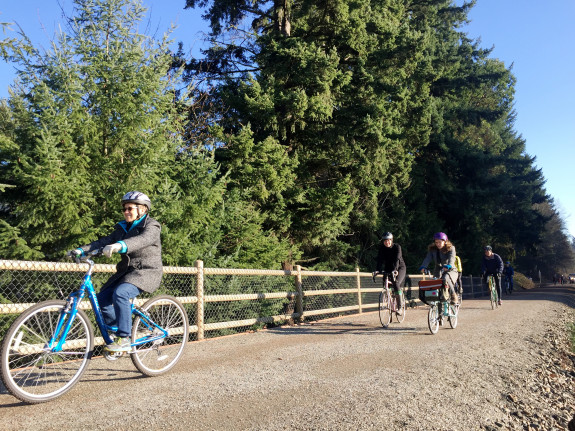 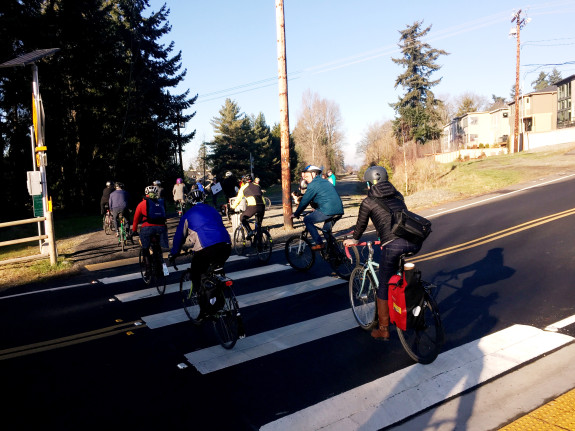 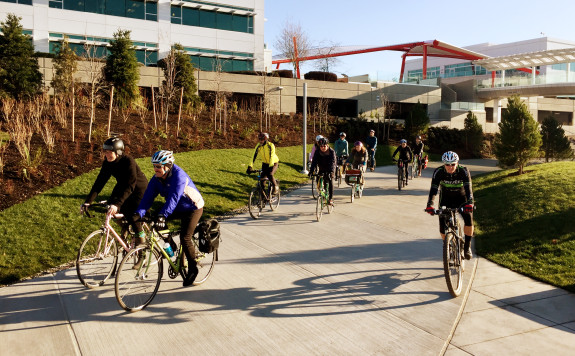 We also learned about the city’s remarkable plans to connect the trail to Totem Lake, which will get a new park and serve as a major trail hub with connections to the future Redmond Connector and the Sammamish River Trail. Today, the massive intersection of NE 124th St and 124th Ave NE serves as essentially a trail dead end. But the city has funding to design a trail overpass that could be a wonder of its own. 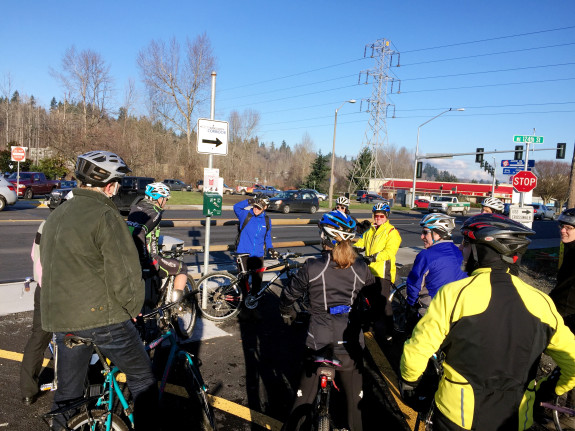 From the CKC Master Plan: 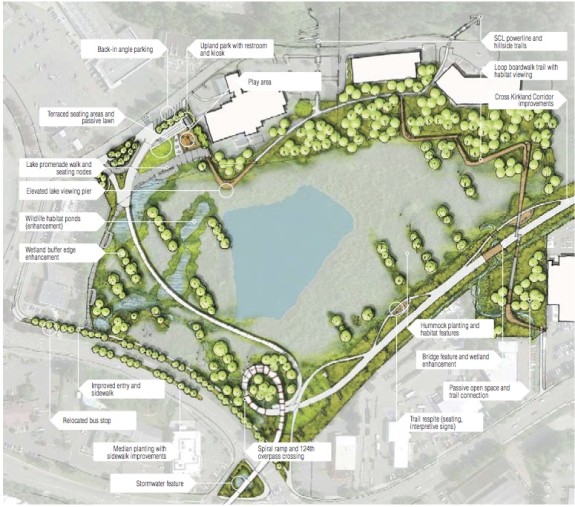 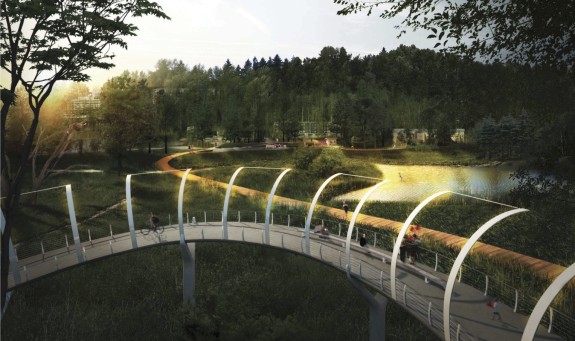 There’s a whole lot of funding and work left to do, but the Eastside Trail is clearly on the right track. Now let’s just see how quickly we can get all the pieces together, because I can’t wait to ride it and see how it transforms Eastside communities.