Posted on October 7, 2015 by Gordon Padelford 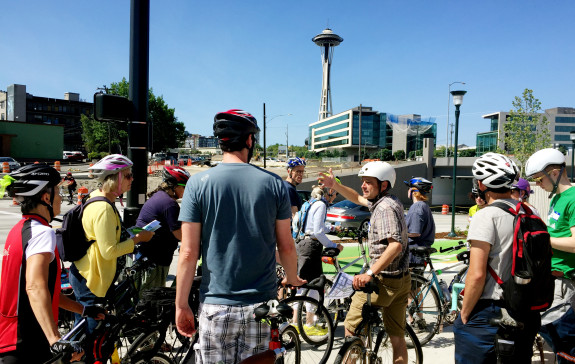 Lyle Bicknell from Seattle’s Dept. of Planning and Development helped lead a bike tour of South Lake Union and Uptown in July.

Over the summer, I joined Seattle Neighborhood Greenways, local residents, city staff and City Councilmember Sally Bagshaw for a bike tour of South Lake Union and Lower Queen Anne/Uptown. It was eye-opening mostly because of how clear the solutions are. SNG has compiled the feedback from the ride into a report with specific suggestions the city, developers and major employers should take seriously.

Below is the report from the Seattle Neighborhood Greenways blog, republished here with permission. Thanks especially to Gordon Padelford and Cathy Tuttle for their work and offering us this post. 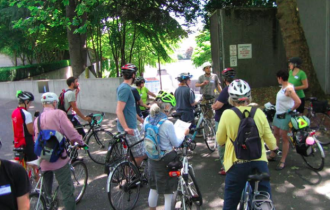 In July 2015, Seattle Neighborhood Greenways brought together a group of stakeholders to scout and recommend better east‐west connections between the Cascade and Uptown neighborhoods for families and people of all ages and abilities to navigate the fastest growing part of Seattle by bike.

Scroll, zoom, and click the map recommendations below to learn more or view in a new window.

View our complete letter of all recommendations for people bike to and through South Lake Union below or view in a new window.