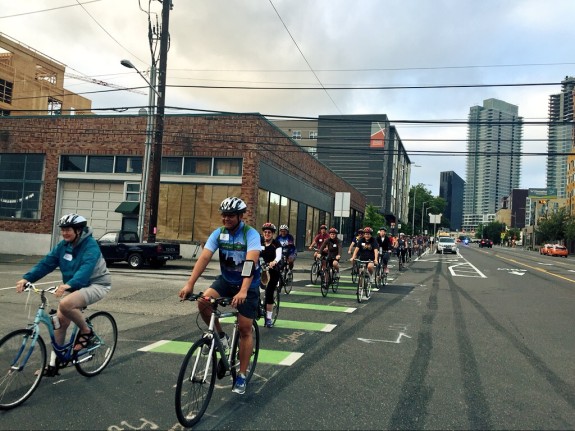 I called it Congressional Mass. Then someone next to me joked it should be called Legislative Gridlock. But the 150 or so state legislators and I were on bikes, so we actually moved through downtown and around Lake Union quite smoothly.

Seattle is hosting the National Conference of State Legislators this week, and Thursday morning was the annual Bipartisan Bike Ride hosted by Bike Texas with local support from Washington Bikes (and some folks from Pronto, Cascade). Barb Culp, who helped organize the very first ride 11 years ago in Seattle as Director of the Bicycle Alliance of Washington, was the ride’s sweep.

One of the Washington legislative hosts was Rep. Ed Orcutt (R–Kalama), which was great. He was very nice even after I told him who I was. I wrote a story a few years ago that didn’t make his look great. He apologized and tried to take it back, but it was too late and the story blew up worldwide. The Internet can be ruthless.

So given the rough time he got from the bike world, I thought it was very cool of him to help host a bike ride in Seattle. He even thanked me for being there to volunteer. That’s pretty classy. I probably would have punched me. 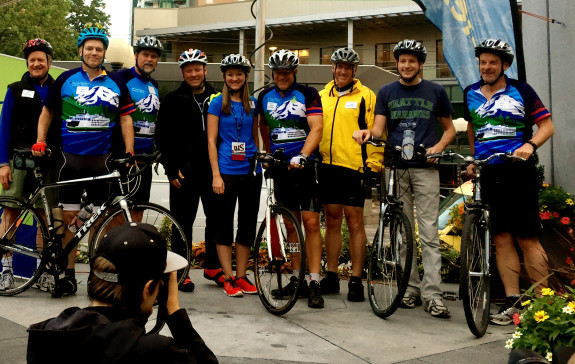 The Washington State hosts (Orcutt is third from the left)

The ride had a police escort part of the way, so legislators filled the downtown streets. It was like an early morning critical mass, except the police were helping and the participants were nearly all elected officials. Pretty fun! Biking through South Lake Union is definitely less stressful with a police escort (unfortunately, that’s not a sustainable bike safety strategy). 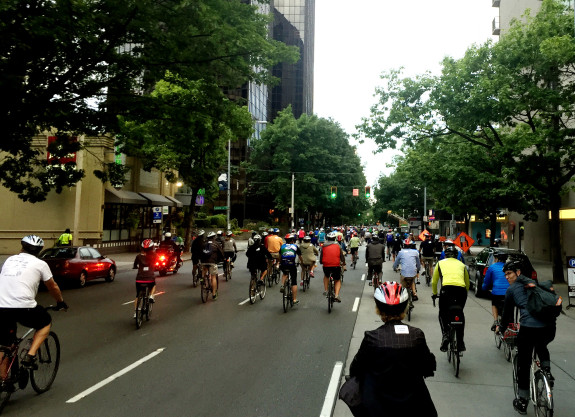 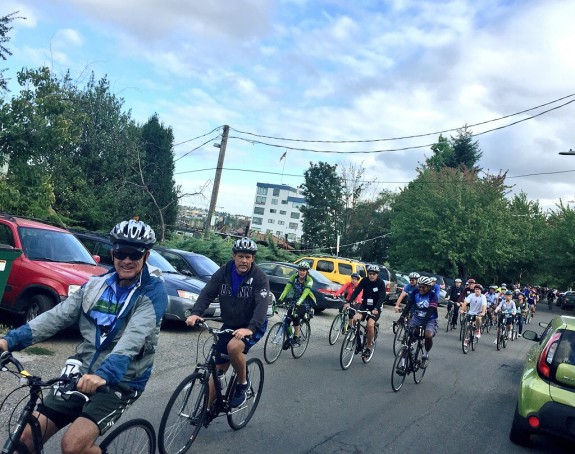 There were legislators with all levels of bike experience. As a volunteer, I had the chance to hang back with some folks who weren’t quite ready for Seattle’s hills. You live here and you get used to them, but for people from much of the country they look (and feel) like mountains.

So did the ride totally solve entrenched partisan bickering in state houses all over the country? Eh, probably not. But at least folks from both parties got to have fun together biking around Seattle. That’s gotta do something. 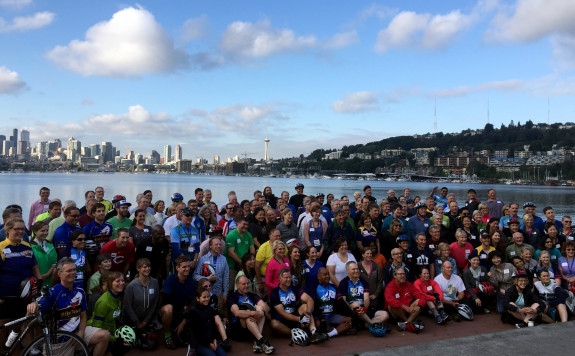