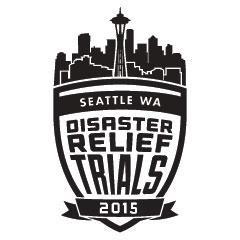 Were you scared shitless by that New Yorker story about the Cascadia Subduction Zone? Want to be ready to help if a big quake takes out the Viaduct and other major transportation systems? Do you think it’s really fun to haul stuff around on a bike?

Then you should sign up for the annual Seattle Disaster Relief Trials. Registration for the September 12 event opened today. It costs $15 to participate or you can volunteer.

The 2015 Seattle DRT will start at Garfield High School during the city’s Summer Parkways open streets event in the Central District.

The event simulates a major disaster in Seattle, and participants have to complete tasks to help with rescue efforts. You can ride either a standard bike or a cargo bike, and because it’s organized by FamilyBike Seattle, obviously there’s a biking with your kids option.

It’s a fun time, but it’s also empowering and educational. After all, Seattle will be slightly better prepared for disaster with a bunch of people ready to move people and things over terrain impassable by cars.

OK, sure, bikes aren’t gonna totally save Seattle when the Big One hits. But as Jonathan from Bike Portland wrote recently, a big part of being ready for an emergency is being part of a community. And bikes are a uniting force.

And being ready to carry a cargo bike full of water jugs over a barrier probably won’t hurt, either.

Here’s a video giving you a taste of what you’ll get into:

Q13 also did an awesome report recently on the event featuring Morgan Scherer of FamilyBike Seattle:

Imagine the impact 8.5 magnitude earthquake on the Cascadia fault, and the subsequent tsunami would have on Seattle.  Buildings collapsed, roads in shambles, people displaced, services disconnected. Without roads that are passable to vehicles, how do we provide essential services to injured and scared residents?

Enter, CARGO BICYCLISTS!  Bikes can traverse the city even when roads seem impassable, and can bring needed medical supplies, person-power, blankets, tools, water, and relief equipment to disaster victims all over the city.  In coordination with Emergency Community and Communication Hubs, these bicyclists will know where to go and what to do, so that their relief activities are targeted to where they are needed.

Join the Disaster Relief Trials to feel the empowerment of biking through the city bringing emergency supplies to grateful citizens!  For the Responder class the DRT is a race, and prizes will be awarded to the top finishers in.  The Resilient, Citizen, and Family classes are more leisurely, and you will have time to participate in family-friendly mini-workshops at each checkpoint: water filtration, emergency baby carry, preventing exposure, sanitation, bike maintenance and more!

This entry was posted in news and tagged disaster relief trials, morgan scherer. Bookmark the permalink.