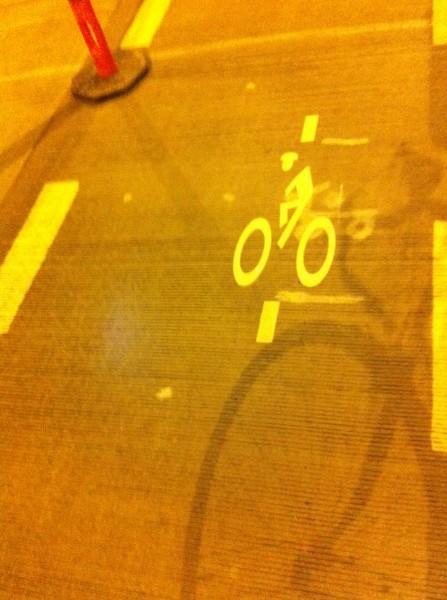 If you see this little dude, line your wheels up with the two white lines and the signal should detect your bike

So you’re biking along, the only person on the road, and you reach a traffic signal. You wait at the light, but it doesn’t seem to know you’re there. The signal detector system is tuned for heavy cars, but not your bicycle. You get skipped.

Transportation departments in the state are supposed to make sure their traffic signals can detect bicycles, but there are a ton of signals on Washington streets. You have found one of many that are not properly adjusted or designed to detect your bike. So what do you do?

Obviously, you wait until a safe moment and run the light. You have no other choice. Thanks to a 2014 law, someone on a motorcycle can already do this legally. But an oversight left bicycles out of the law, and SSB 5438 would fix that.

The bill has wide, bipartisan support. It was co-sponsored by Senate Transportation Chair Curtis King (you may remember him from this unfortunate news story earlier this year) and passed the Republican-controlled Senate 45–3 in early March. It is now making its way through the House, where the Transportation Committee recently passed it. Now it just needs a full House vote before going to the Governor’s desk.

It’s great to see leaders from both parties embracing cycling and moving this bill. There’s nothing inherently Democrat or Republican about bikes. They are simple-yet-powerful tools for self-sufficient, fun and healthy transportation and recreation. Bike tourism is a way to expand tourism and economic activity in rural communities off the beaten path and major highways. And safe streets are important to communities of all political backgrounds. 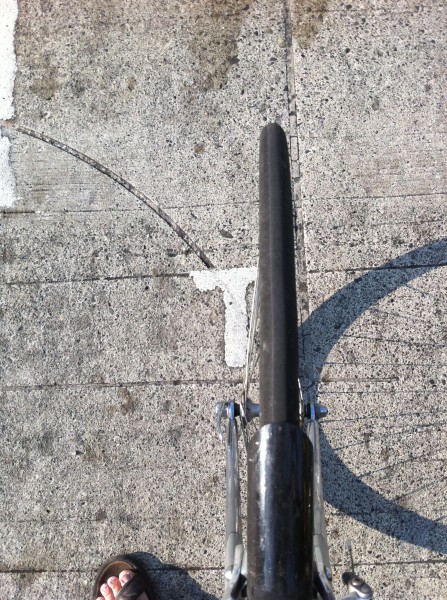 Older bike detection markings look like little Ts. Put your wheel on the mark to trigger the light.

Though a very cursory reading of the “dead red” bill does lend itself to incendiary headlines (BIKES ALLOWED TO RUN RED LIGHTS!!!), the bill would not allow people on bikes to run red lights with impunity. It’s not an Idaho stop law. People would be required to wait a signal cycle before proceeding.

In busy urban areas, the law will rarely come up (except maybe late at night). After all, it’s somewhat rare in Seattle for a whole signal cycle to go by without a car tripping the sensor or someone on foot pushing the walk button. But in less busy cities and towns or rural areas, it will give people on bikes the legal leeway to pass through “dead red” signals without worrying about getting a ticket so long as they are careful.

In Seattle, you can report signals that fail to detect bikes, and the city will fix them. Call 206-684-ROAD or use the city’s Find It Fix It app.

The bill is one of Washington Bikes’ 2015 legislative priorities. Their top priority, however, remains safe streets and walk/bike funding in the transportation package moving through the legislature at the moment. Here’s the cheat sheet they handed out to citizen lobbyists on Transportation Advocacy Day earlier this month (in case you run into a legislator): 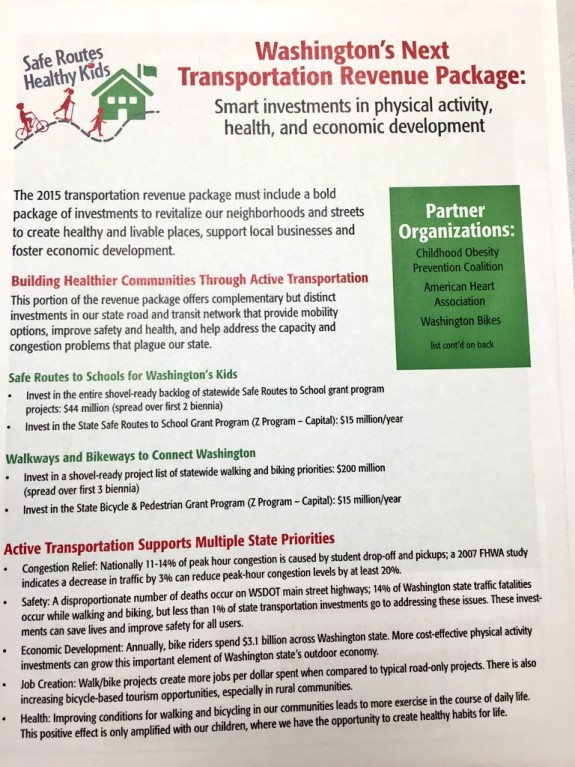