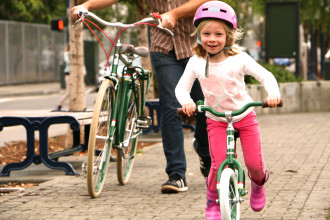 Public Bikes will open its first ever retail location outside the Bay Area in Seattle this spring. With stylish, often solid-colored city bikes priced in the low-to-mid range, Public Bikes will be moving into the bike shop vacuum Velo left when it moved to 6th and Blanchard in 2013.

“In the five years of data on our shipped sales outside of the Bay Area, Seattle has always been one of the top performing cities,” said Dan Nguyan-Tan, head of sales and marketing at Public Bikes. Nguyan-Tan also said longtime Seattle Bike Blog advertiser Ride Bicycles at 64th and Roosevelt is one of their strongest dealers, showing demand here.

“Those combinations made Seattle a great opportunity.”

They plan to open in the space at Pine and Summit formerly home to Black Coffee Co-op, Capitol Hill Seattle reports. Public follows in the footsteps of another bike-inspired San Francisco company, Timbuk2, which opened its first store outside the Bay Area at 7th and Pine in 2013. 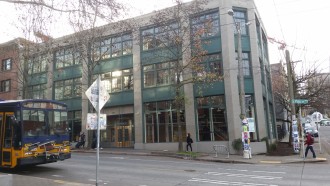 Public Bikes are designed in San Francisco and made in Taiwan and mainland China. With prices ranging from $300 to $900 (plus some pricier e-bikes), the company hopes to attract a wide range of potential bike riders.

“We try to look at it from the lens of someone who doesn’t identify themselves as a bicyclist,” said Nguyen-Tan.

If this sounds a bit like bike advocacy, that could be because the company and Nguyen-Tan have been active as part of the San Francisco Bicycle Coalition. And the company want to be part of that work in Seattle, as well.

“We want to be an advocate in Seattle for the kinds of public spaces we want to see in our city,” said Nguyen-Tan. And with the need for a continuous, safe and comfortable connection between Capitol Hill and downtown growing bigger every day (we’ve been writing about this need for years), Public’s new location will hopefully find itself near an improved bike route sooner than later.