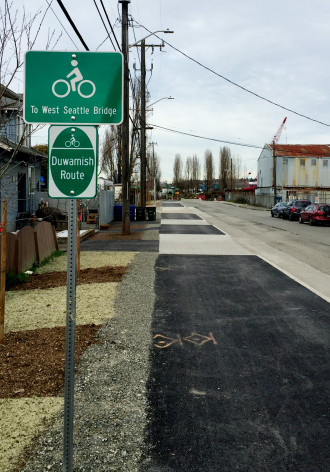 The city has completed a new connection between the South Park neighborhood and the Duwamish Trail.

Officially, it is a multi-use trail because it is open to both walking and biking. But it certainly feels like the city’s newest and southernmost modern bikeway. Fully separated from S Portland Street’s truck traffic, the trail provides a family-friendly connection for South Park residents to all the parks and destinations along the Duwamish Trail as well as the regional bike routes it leads to. 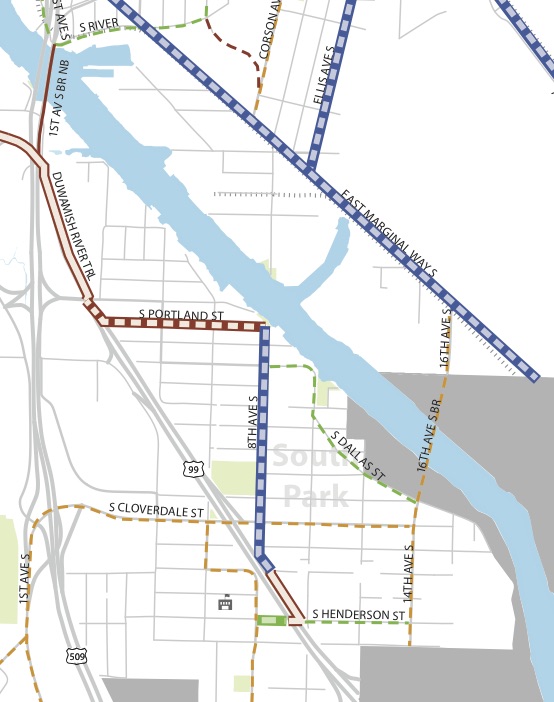 By building one block of trail south on 8th Ave S (pictured above), the city has set the stage for a planned protected bike lane on the rest of 8th Ave S. But it has also created a connection to an excellent neighborhood greenway opportunity on Dallas Ave S/10th Ave S/S Kenyon Street that connects to the South Park Bridge. 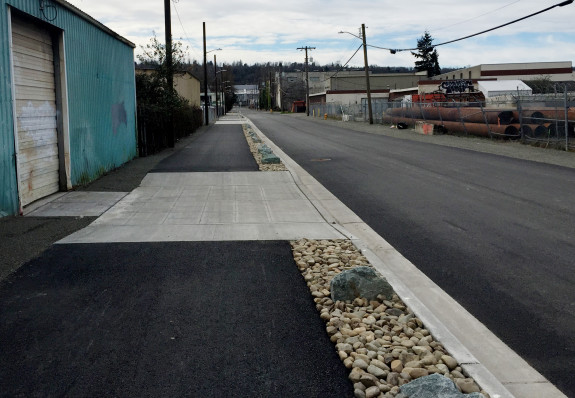 The stretch along S Portland accompanied a much-needed repaving of the street, which had previously been among the city’s worst-paved streets (seriously, finding a path through on a bike was really difficult because the potholes were so large, plentiful and deep). 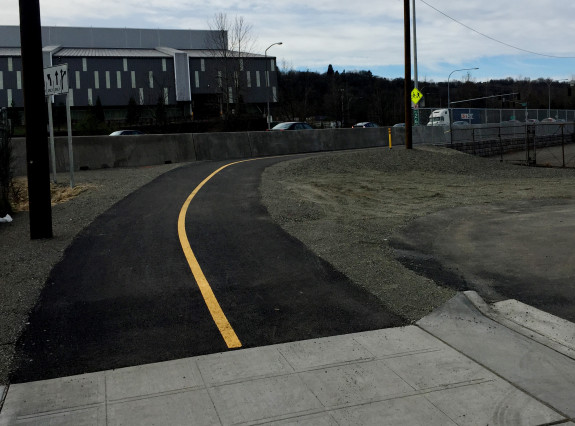 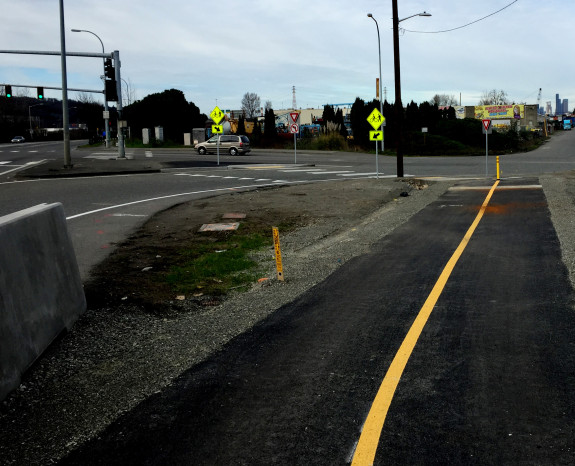 Of course, there’s still work to do on the Duwamish Trail itself, but that will need to be a different project: 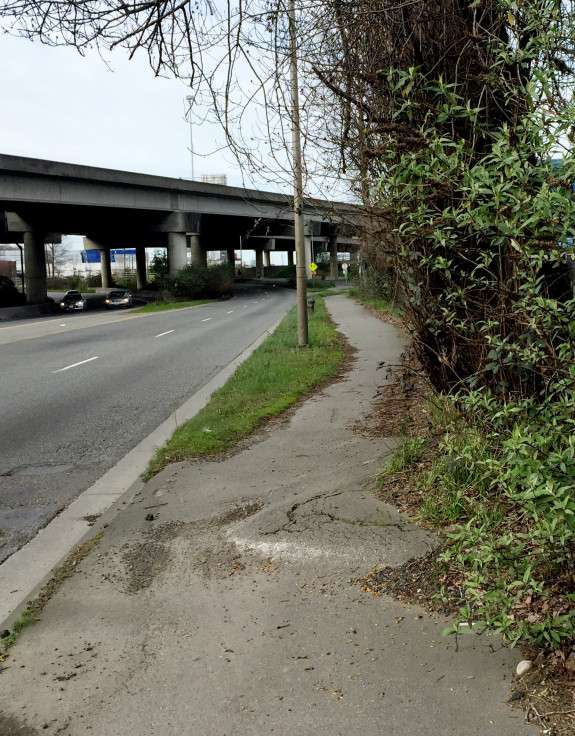 The South Park Bridge just re-opened in summer 2014 after the old bridge was closed do to structural concerns in 2010. The bridge provides a connection between South Park and Georgetown/Boeing Field and helps to activate South Park’s main commercial drag on 14th Ave S. 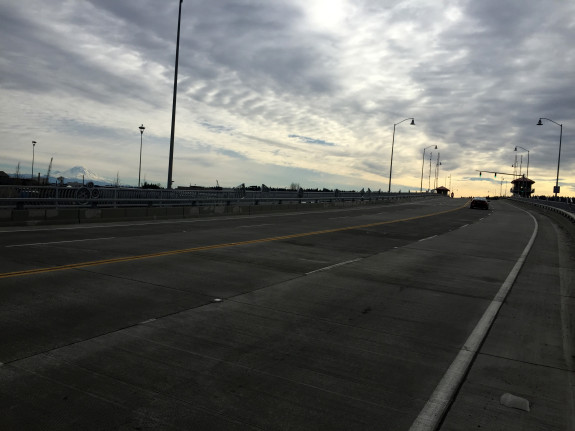 Despite some recent issues that caused the draw bridge to get stuck open, it’s a great structure with a stunning view and a more neighborhood-focused connection across the Duwamish River compared to the 1st Ave Bridge, which is a highway crossing.

However, the bridge was unfortunately designed with rather skinny, paint-only bike lanes that don’t meet the city’s goal of building bike facilities that appeal to people of all ages and abilities.

Some buffer space or even a barrier of some kind could likely be constructed without significant changes to the bridge and would go a long way to making it more comfortable. 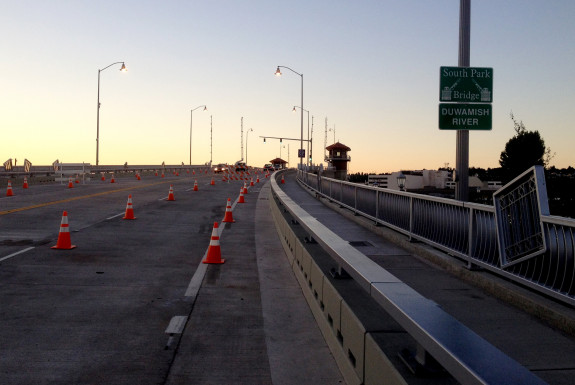 When the bridge first opened, general traffic was limited to one lane in each direction, which was awesome. Perhaps if traffic levels do not warrant all four lanes, a lane redesign would be a good idea.

A safer connection from the bridge to and along E Marginal Way should also be a priority for the city. There’s plenty of street space to work with, but the current bike lanes simply don’t provide enough separation from industrial traffic to feel truly safe.

King County, Tukwila and the City of Seattle also need to put their heads together to figure out how to complete a connection between the South Park Bridge, the Duwamish Trail and the Green River Trail, which starts just one mile south of the Seattle city limit.