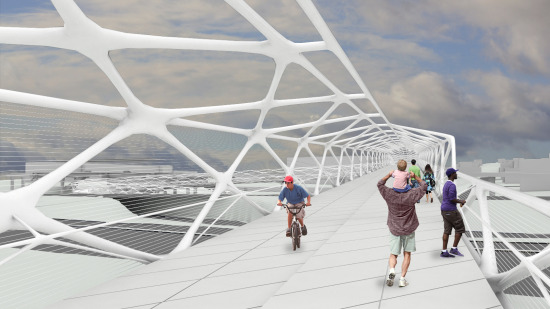 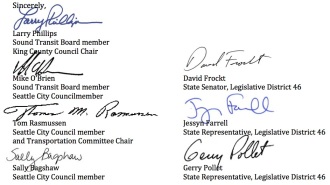 Signatures on the letter. See the full text below.

A group of regional elected leaders, including two members of the Sound Transit Board — Seattle City Councilmember Mike O’Brien and King County Councilmember Larry Phillips — have asked the agency to disregard the July 2015 funding deadline for the Northgate bike/walk bridge, Publicola reports. After the project failed to win a competitive TIGER grant from the Federal government, it appeared doubtful that full funding for the project would be secured before the deadline.

With more time, the group of leaders says they are “confident” the city and region will find the funding to complete it. From their letter:

Because the bridge would shorten the distance from the future light rail station to North Seattle College by almost a mile, Sound Transit staff estimated that this bridge would increase its light rail ridership by 5 percent.1 Ridership would likely increase for King County Metro as well and increase the transit-oriented development potential in the area. The bridge will cost about 1 percent of the construction cost for the Northgate Link Extension.

With additional time and greater focus from city and regional leaders, we are confident we can find the remaining funding necessary to construct the Northgate Pedestrian and Bicycle Bridge. Potential funding sources include new and greater commitments from Northgate stakeholders; cost-savings from a smaller parking garage; regional, state, and federal grant opportunities; and the cost-savings from the University Link Extension.

We have reported many times on why the Northgate bike/walk bridge is a smart investment, both for the neighborhood and for regional transportation. It would dramatically expand the number of homes, jobs and classrooms within an easy walk or bike ride from the planned light rail station.

It would also provide a rare comfortable crossing of I-5, which cuts a giant trench through the city and creates a terrible impediment to biking and walking. The crossings that do exist are often very uncomfortable and flanked by dangerous highway on-ramps, like this one: 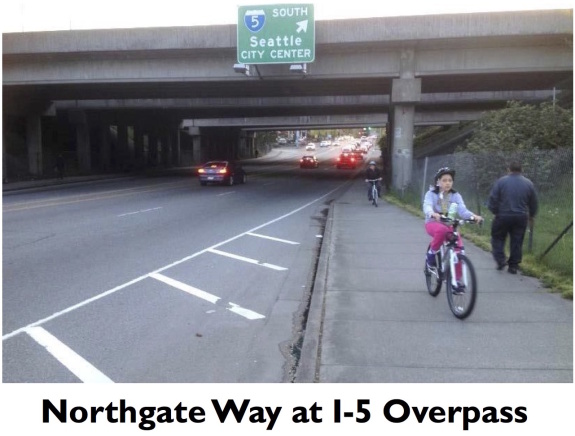 It’s going to take a lot of work for Northgate to become the vibrant walkable and bikeable neighborhood it could be, but this bridge is a huge piece of that puzzle.

But that funding deadline was originally set to ensure that a connection from the station to the bridge could be properly included, the letter says. That initial design work has been completed since the deal was made and the station connection has been accounted for. Since that issue no longer requires a quick deadline, it should be dropped so there is more time to find the rest of the funding.

If funding is found quickly, original schedules said the bridge could be complete by early 2018, years before the station opens in 2021. Obviously, delayed funding could push the bridge opening back.

A TIGER grant would have been awesome, but winning such a competitive grant on the first try was a bit of a Hail Mary. And now that the recent Federal budget deal cuts TIGER even further, it would be wise for the region to come up with a Plan B for funding the project. 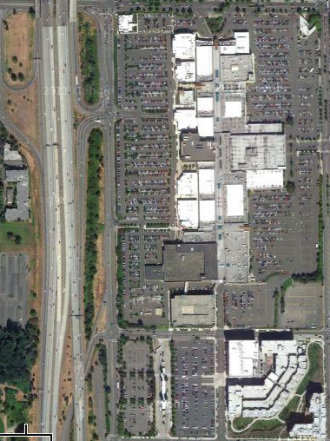 Sound Transit is planning a giant parking garage that would cost tens of millions of dollars even though the station will essentially be in the middle of a sea of surface parking lots surrounding the mall. Perhaps the garage could be cut back to find extra funds for the bridge. After all, without the bridge more neighbors will be compelled to drive and park in the garage (or, of course, not take light rail at all).

The city’s next transportation package could also be a chance to include funding for the bridge. Bridging the Gap expires at the end of 2015, but there is still a whole lot of work left to do on Seattle streets. Other regional and state grants might also be good options for completing funding.

Here’s the full text of the letter: